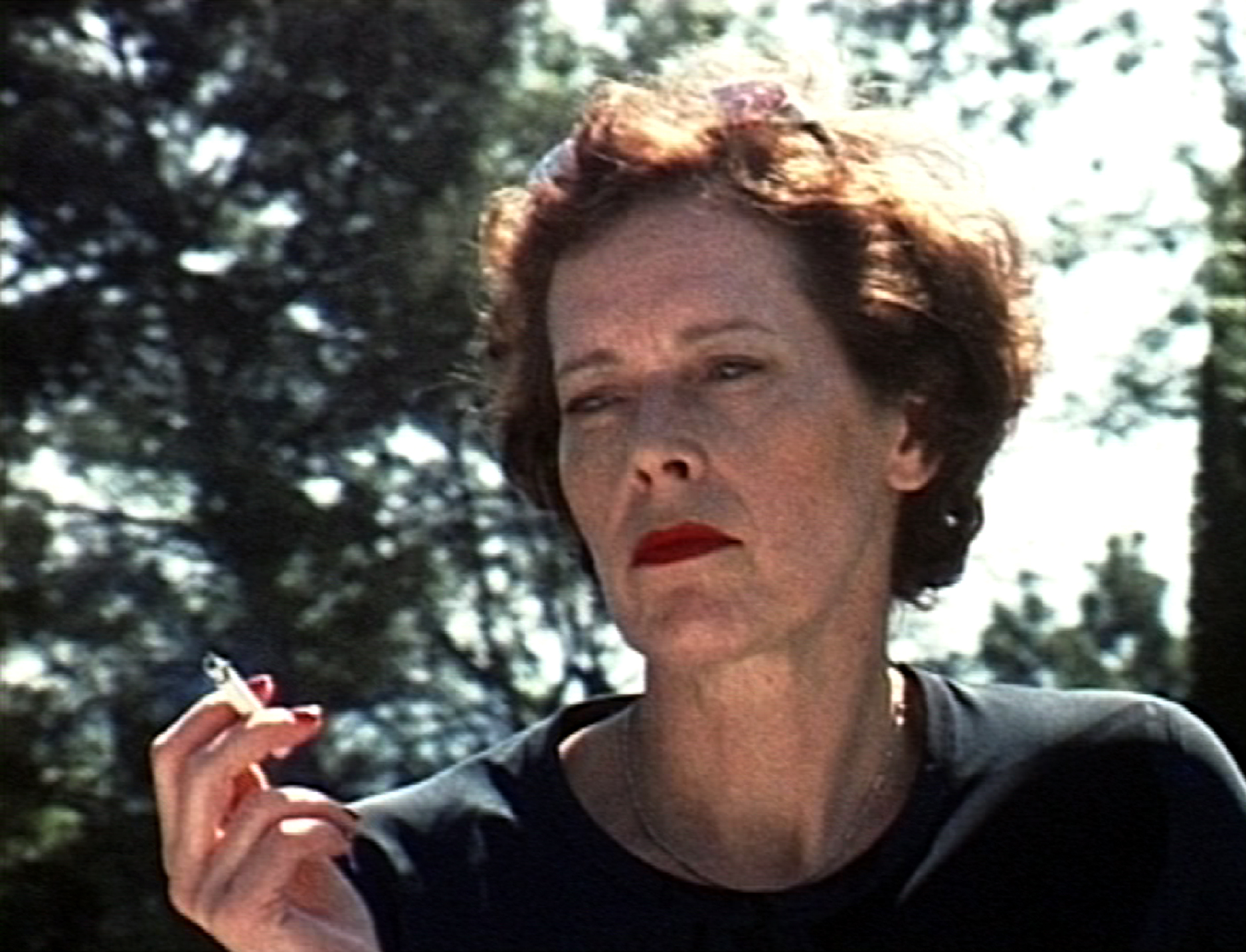 Kristel’s stories wander through some of the key points in her life, fluidly forming and reforming the narrative elements. The city itself is rarely described directly. She speaks of her films, her love affairs and how these have influenced her life’s trajectory. The cities are co-ordinates to which her memories move to, find themselves within and move away from. This finds a parallel in the image. These images are filmed from high-up and at street level, moving over the cities’ skin: its roofs, apartment buildings and boulevards, intercut by shots of cinemas, publicity images and people. The architecture appears as an interface between interiority and exteriority. Old Paris is intercut with images of architecture from the 1970’s: buildings which didn’t exist when she lived there, but which are as iconic of the period as she is herself.