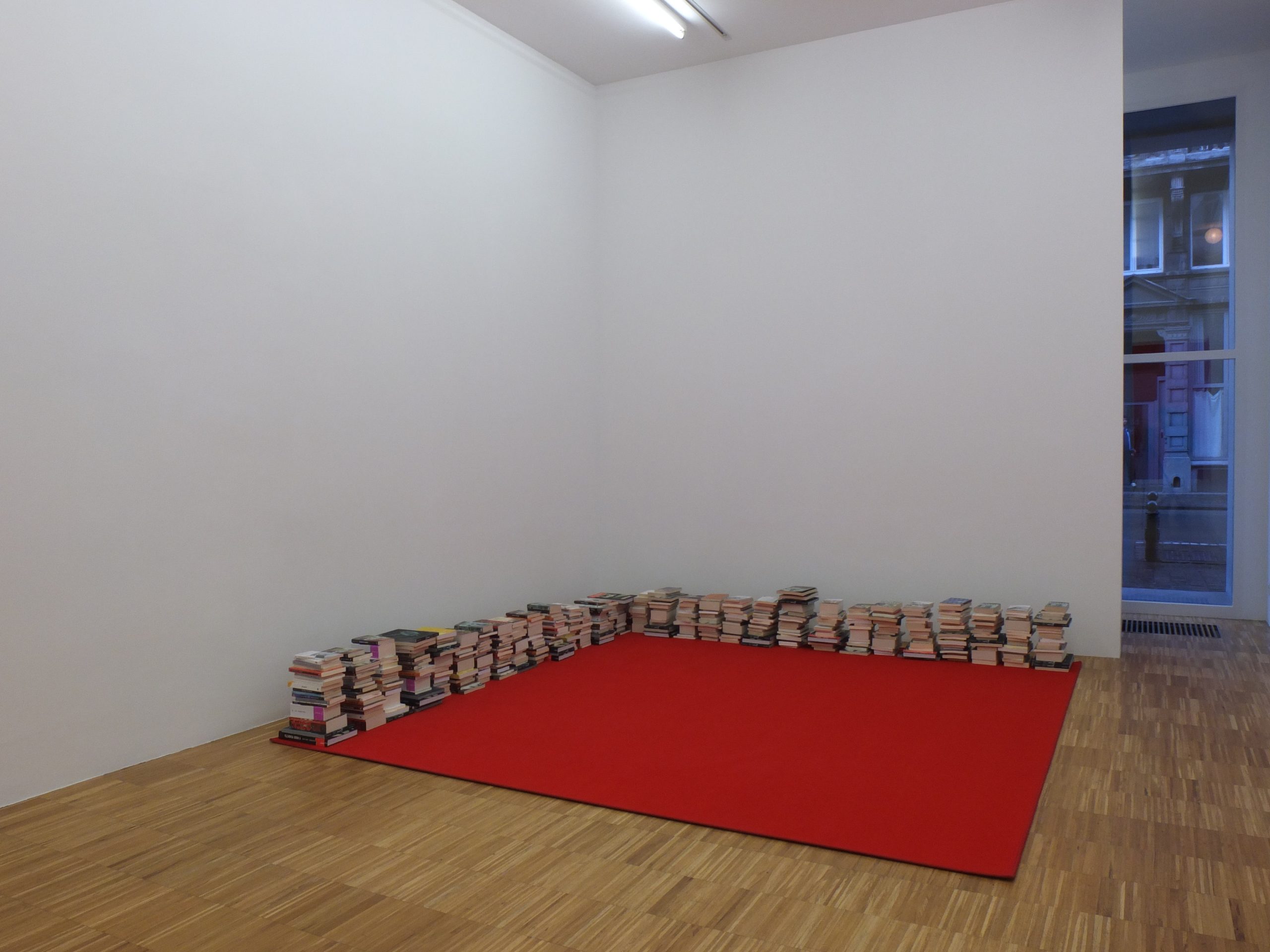 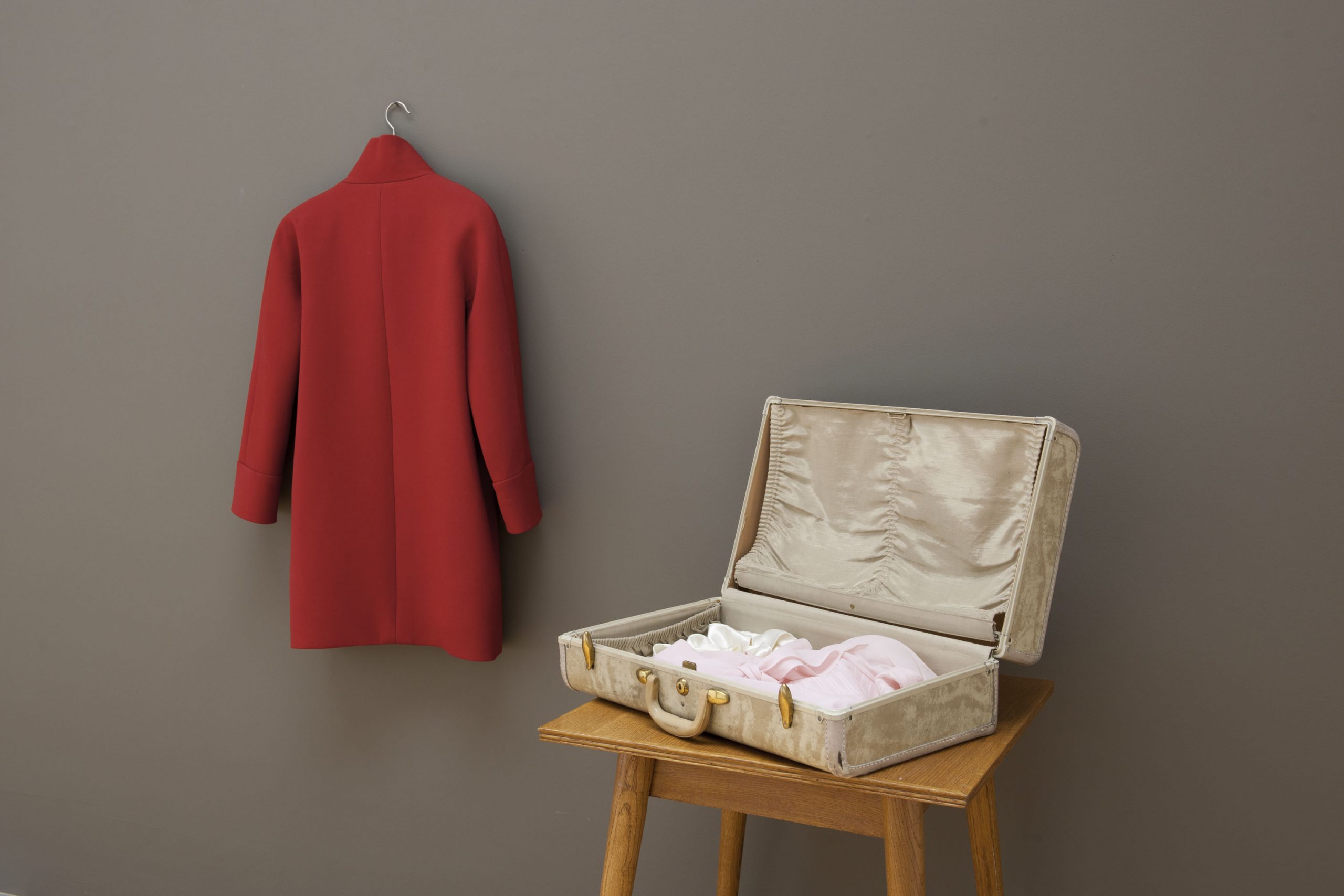 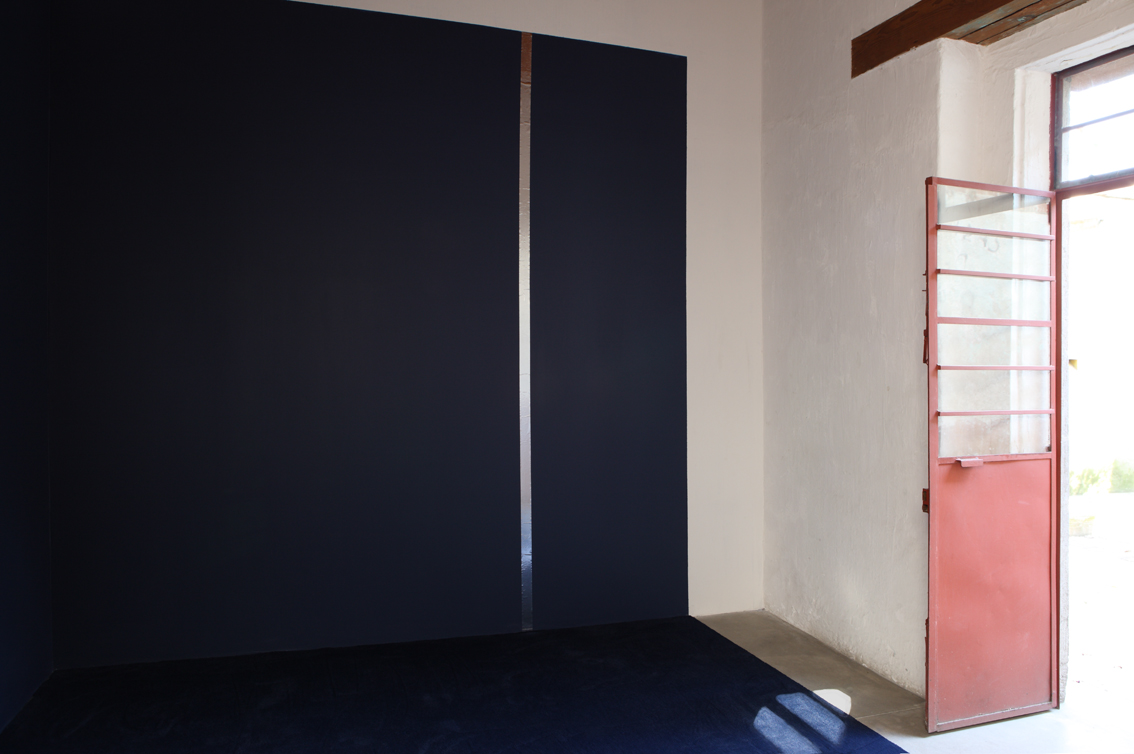 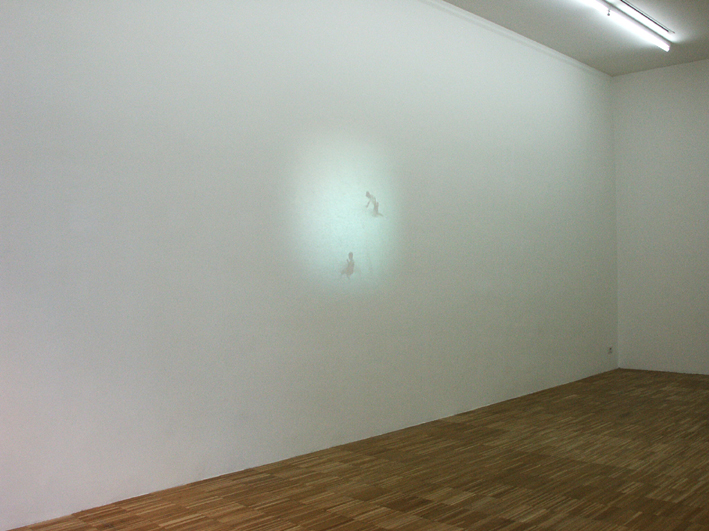 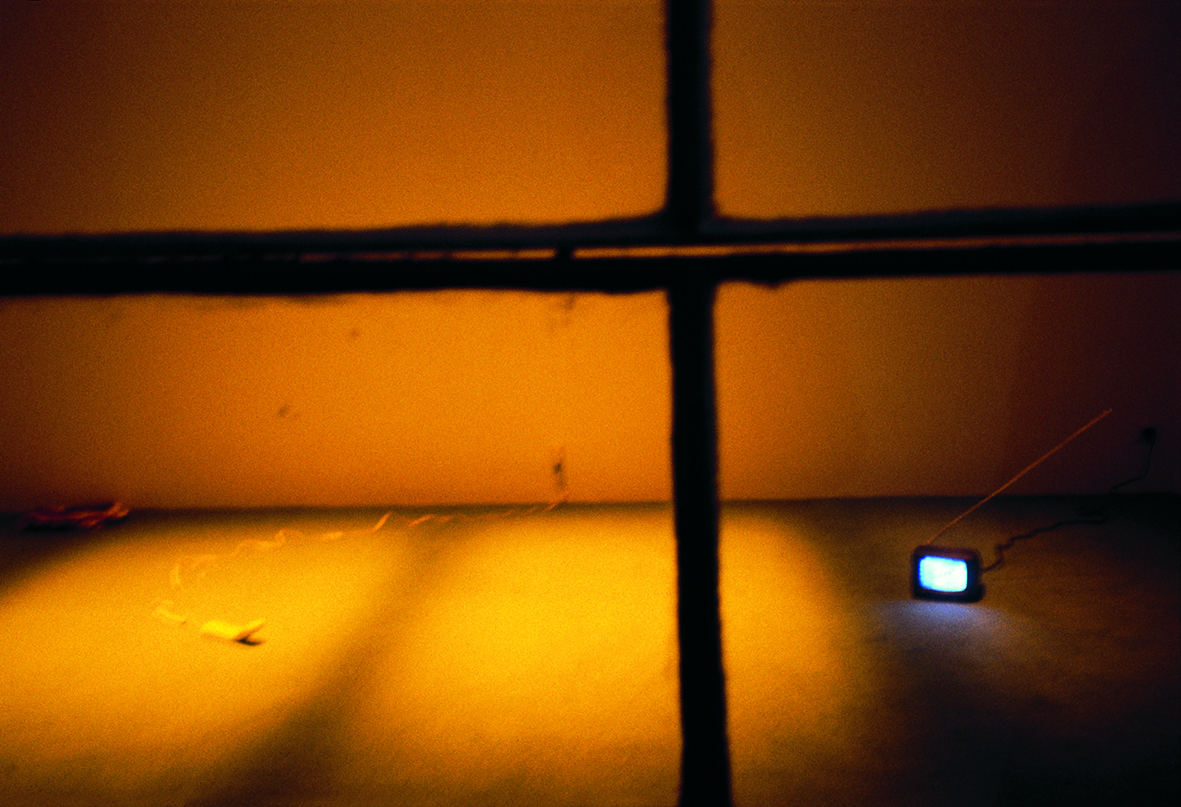 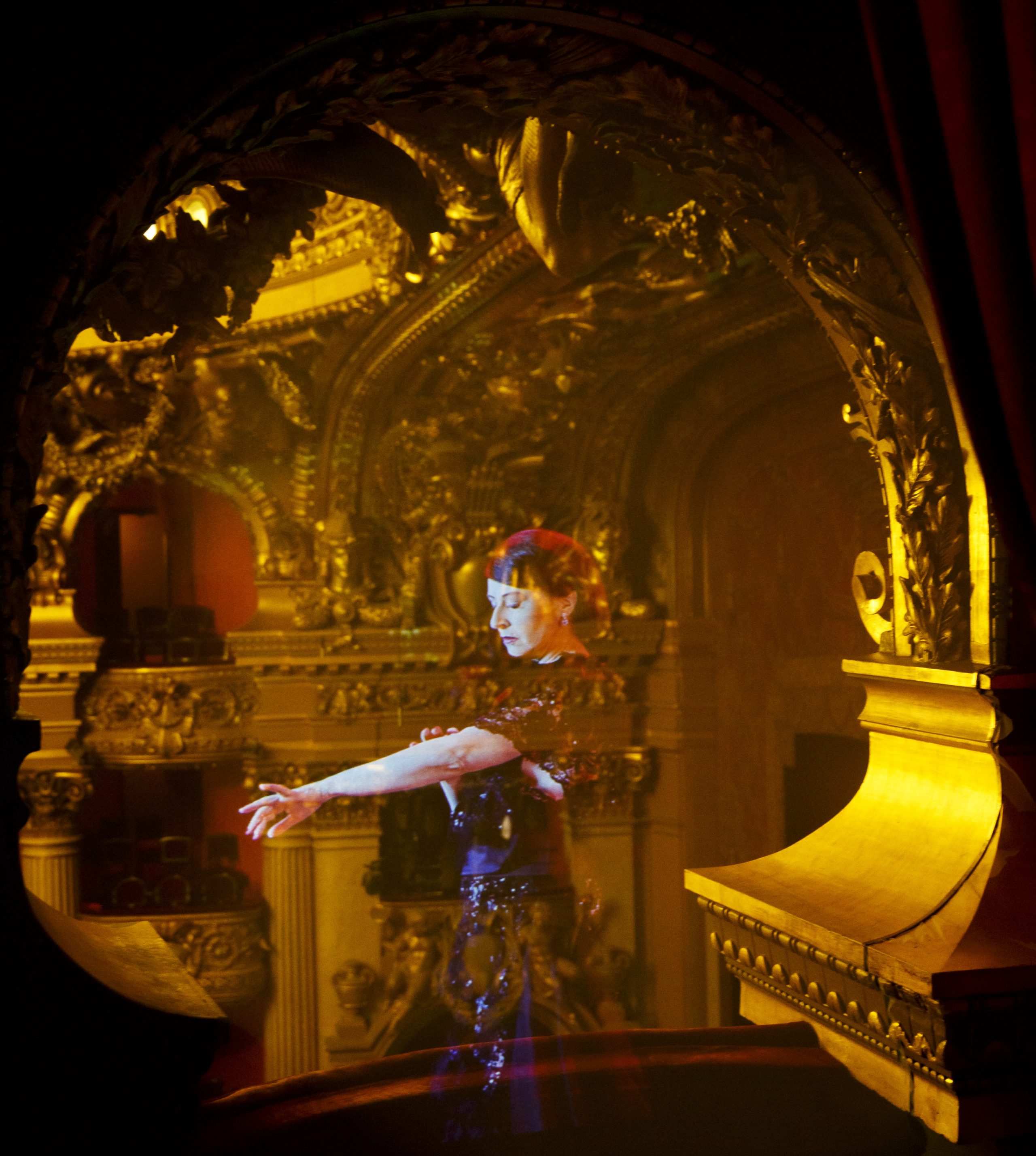 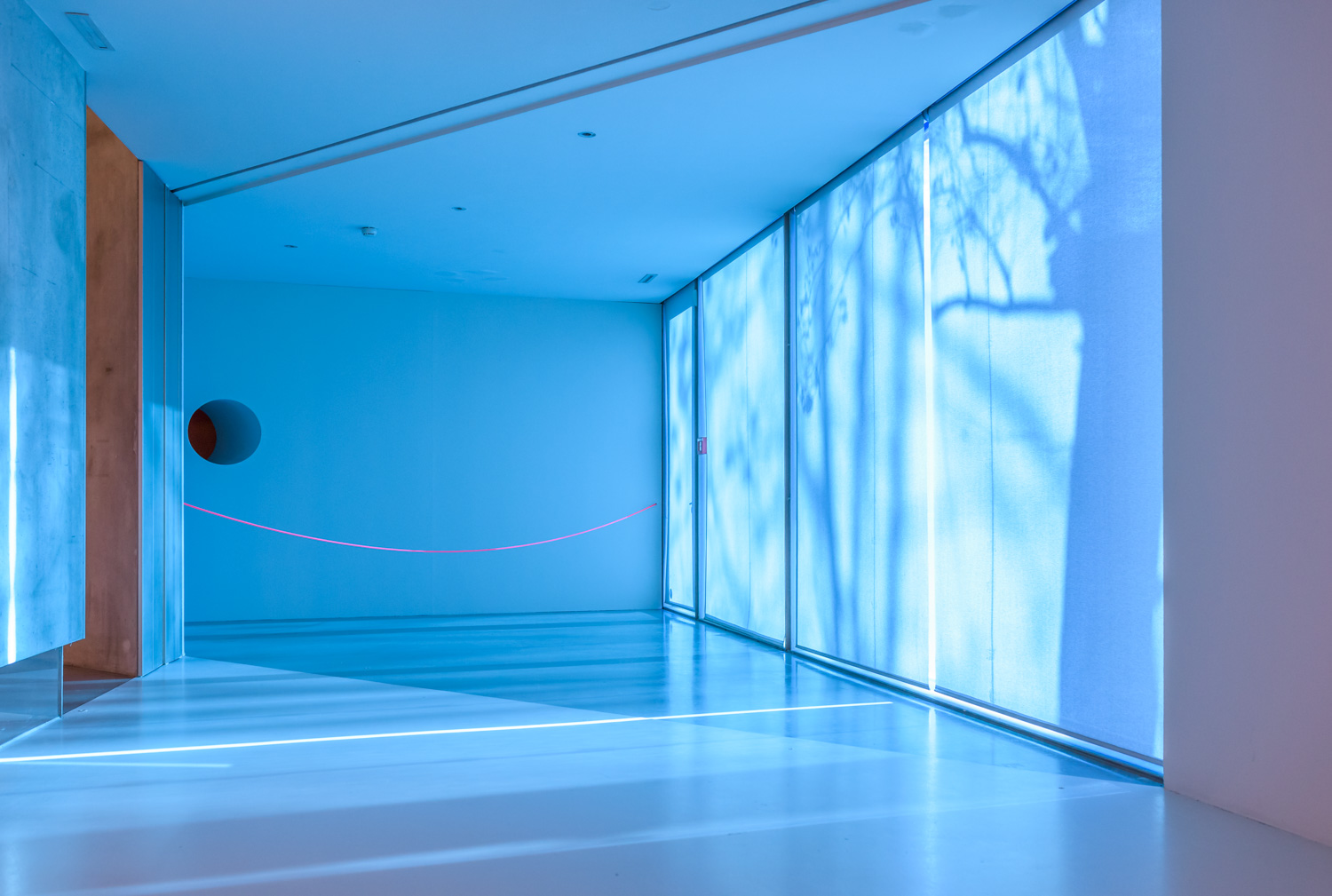 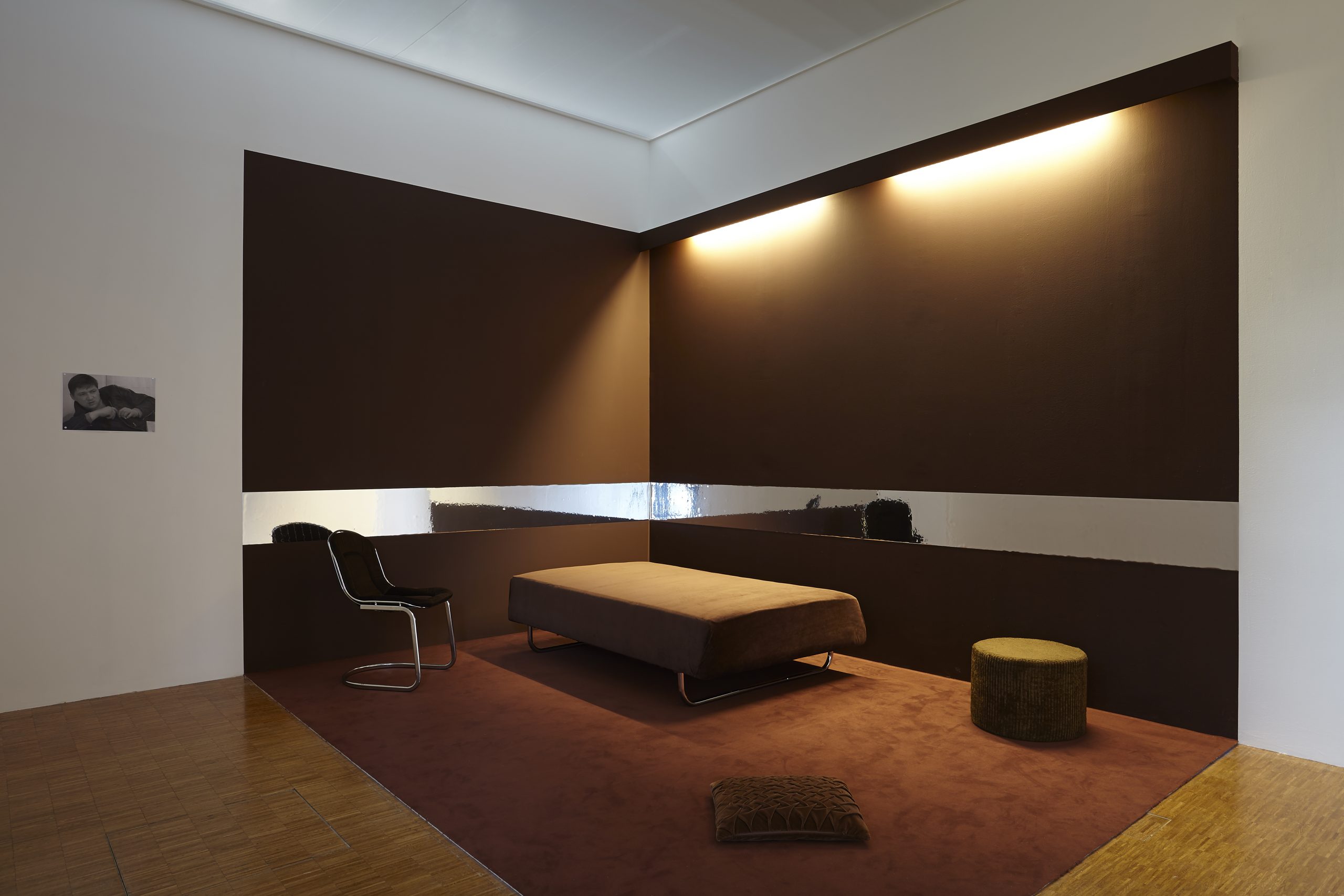 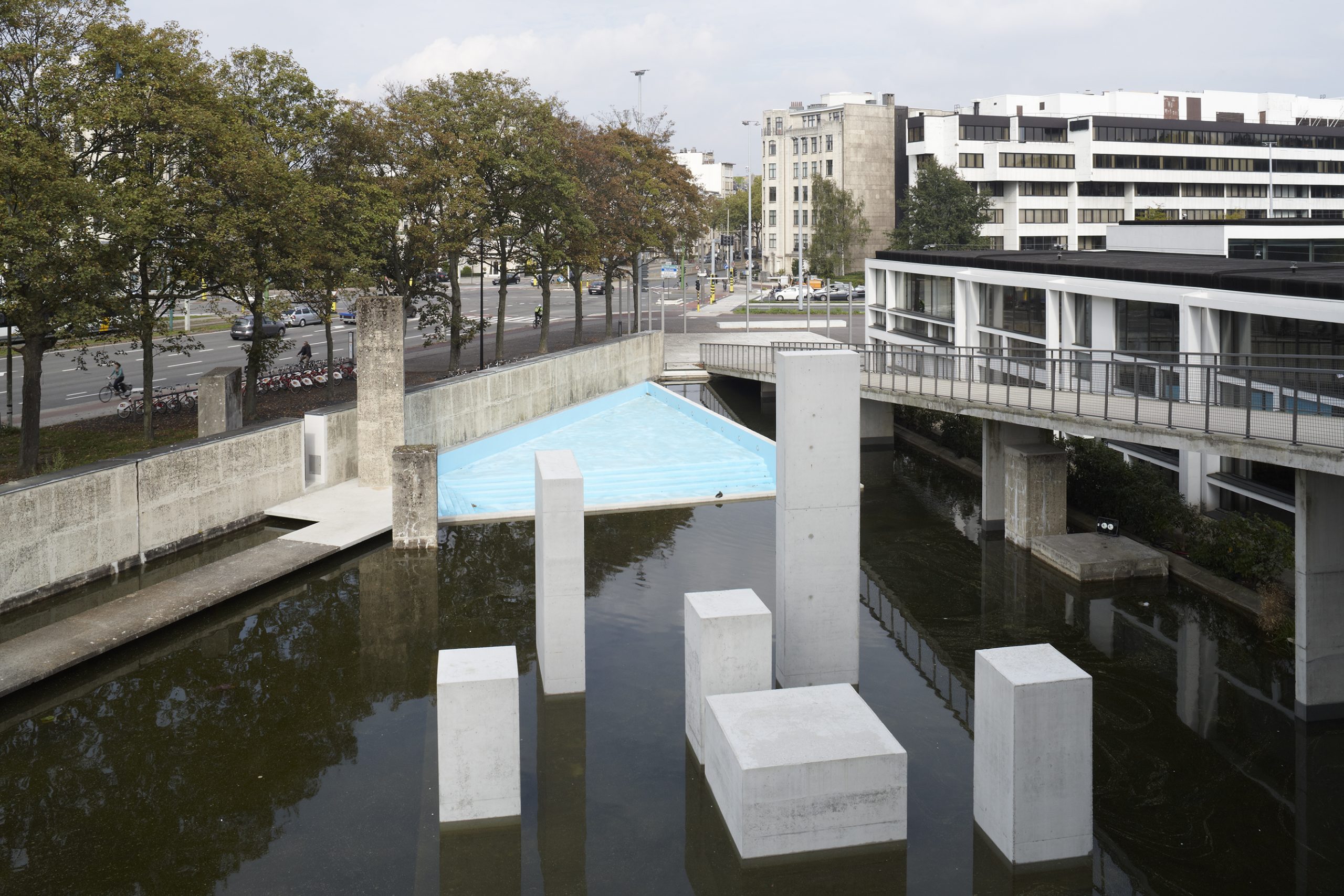 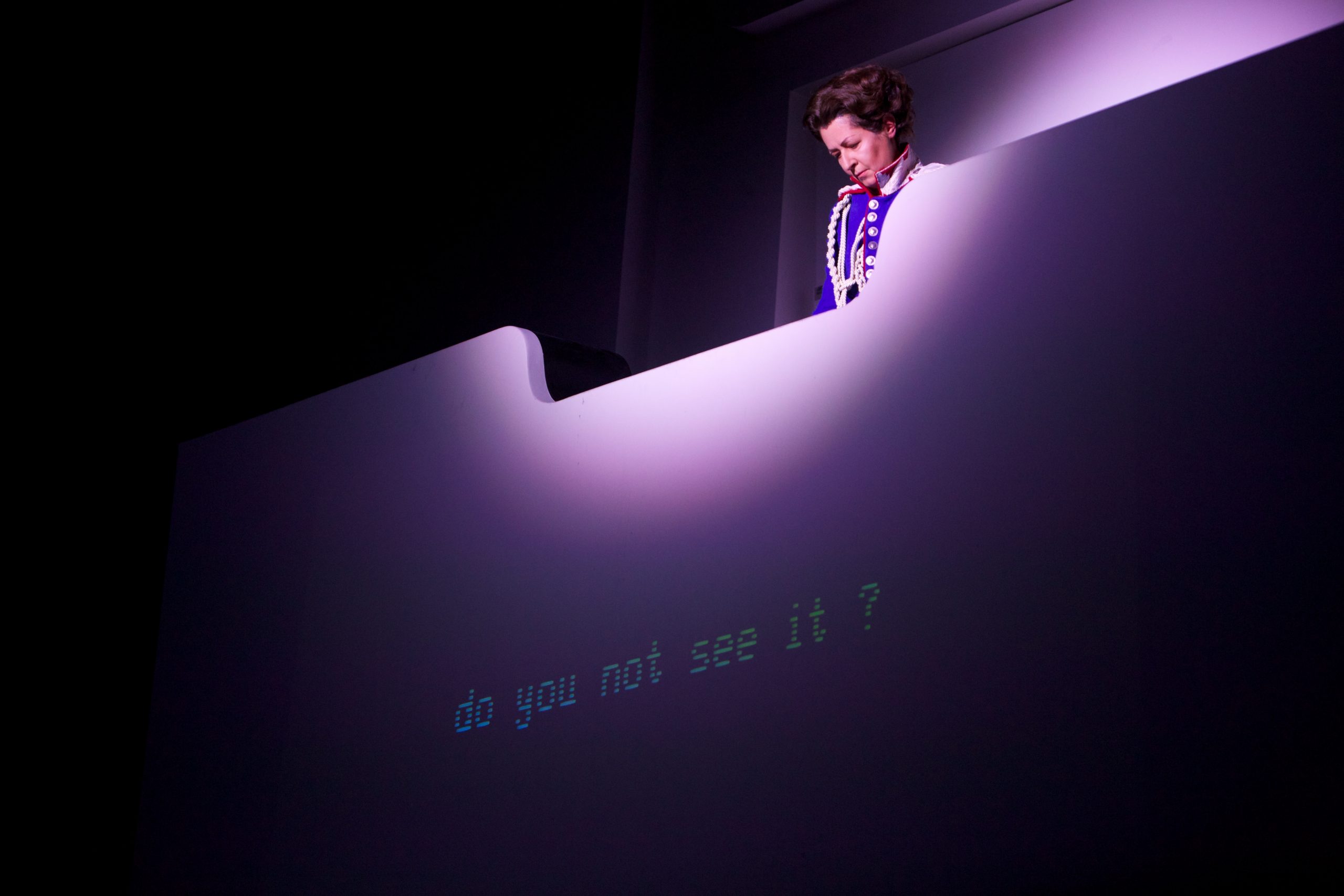 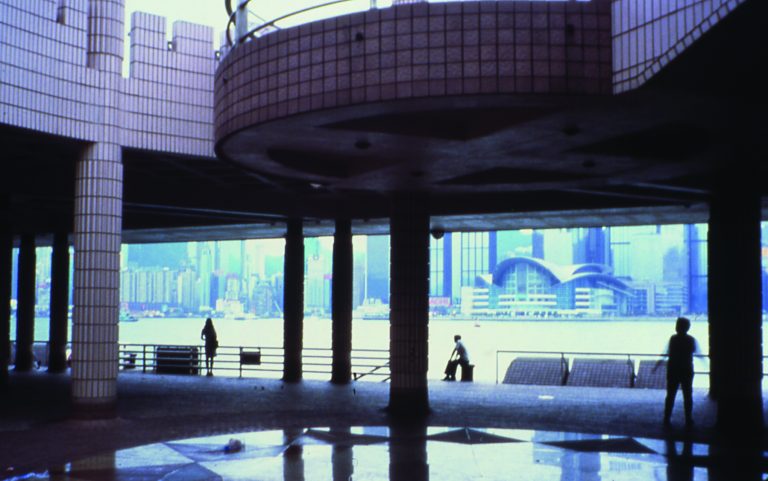 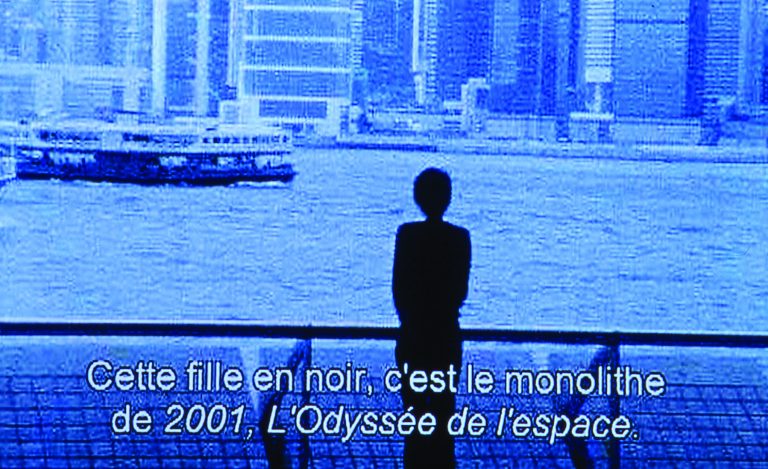 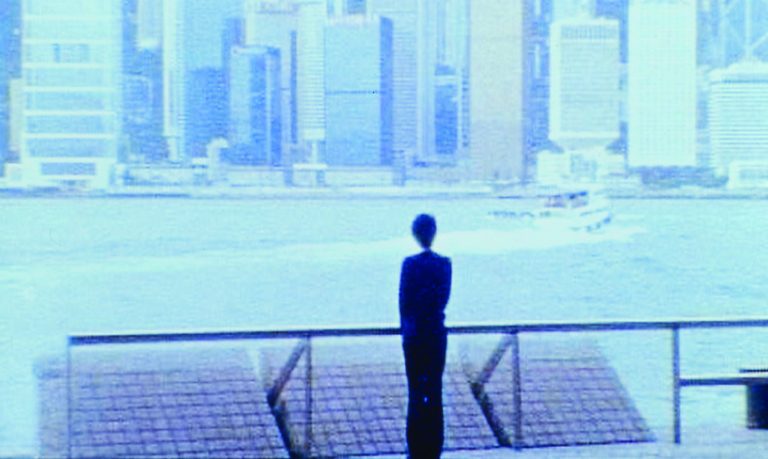 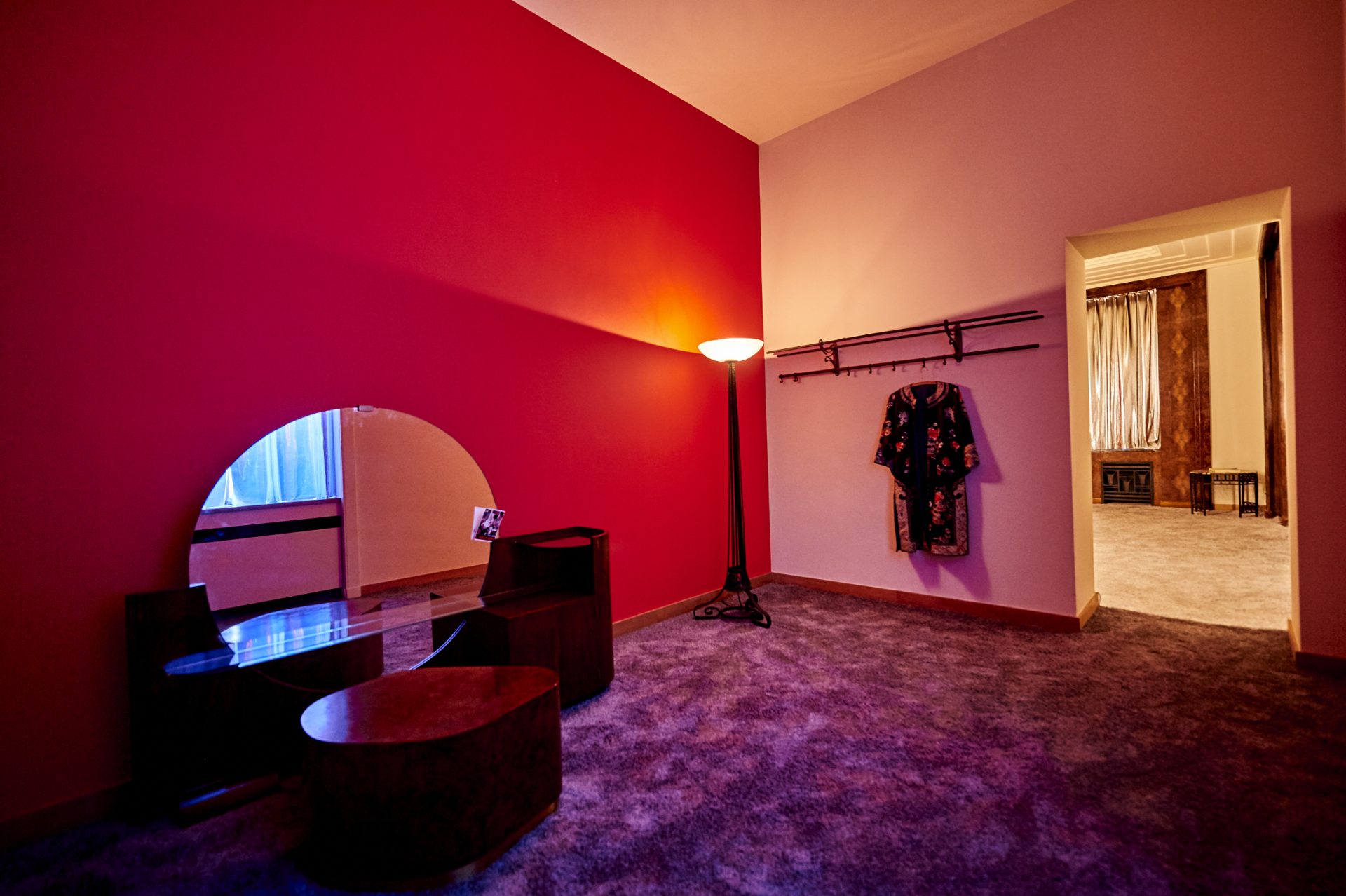 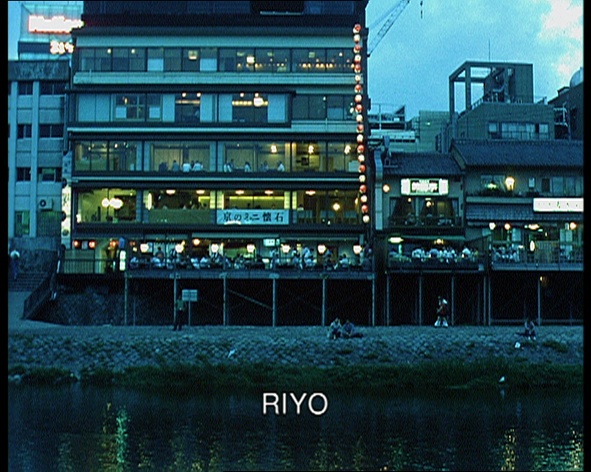 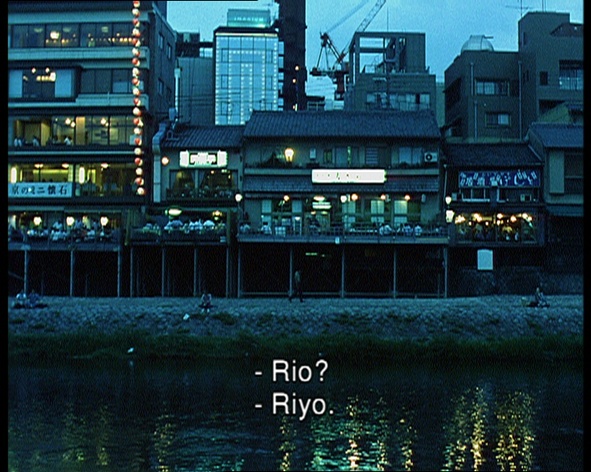 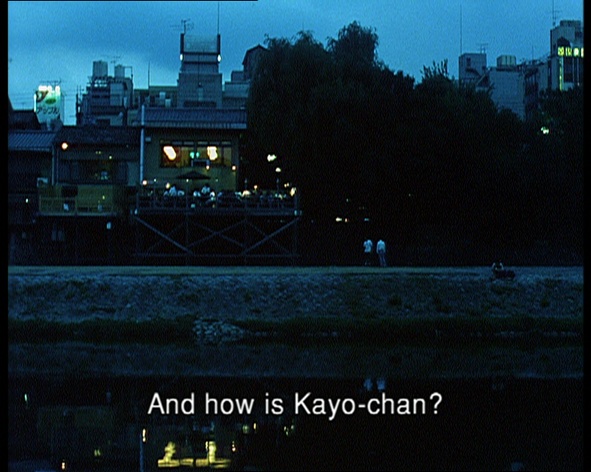 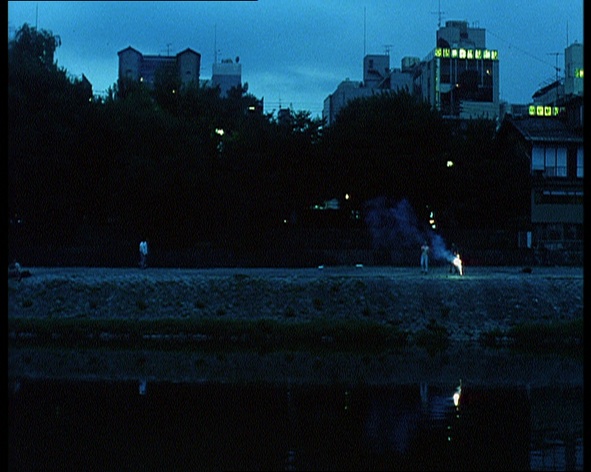 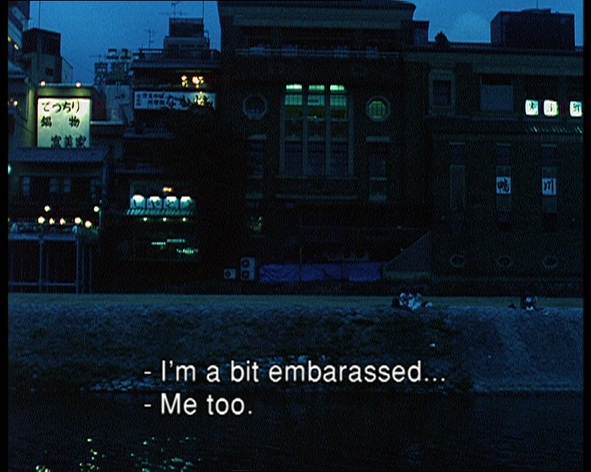 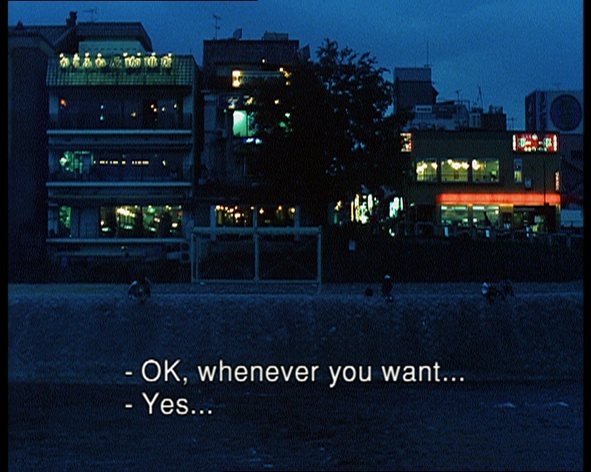 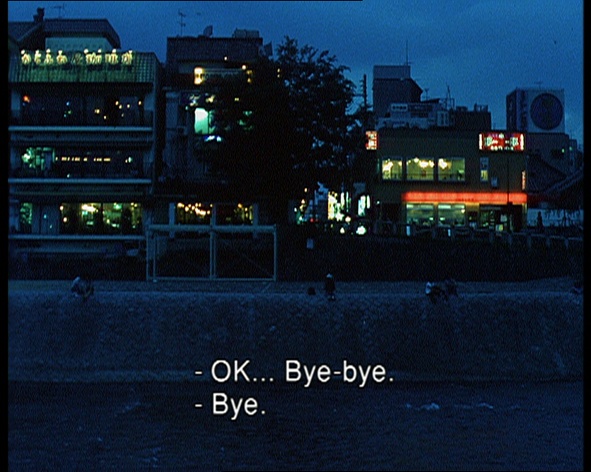 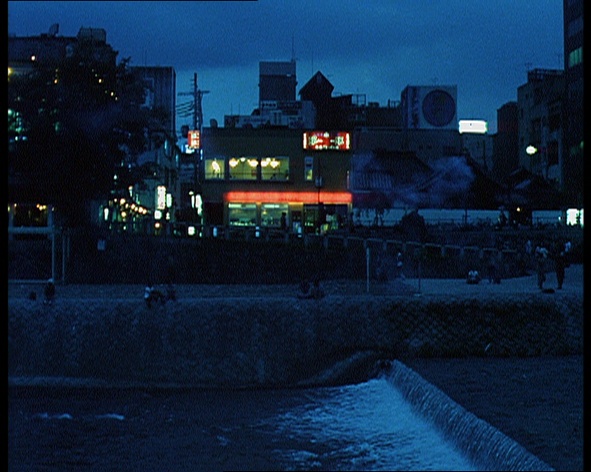 Riyo was shot in Kyoto, on the banks of the Kamo River between Shijo Bridge and Sanjo Bridge. A telephone conversation between a young couple transforms an anonymous urban backdrop at sunset into a biographical site of encounter and flirting. A totally different city seems to emerge beyond what can be seen of it: emotional, fleeting, immature and open. 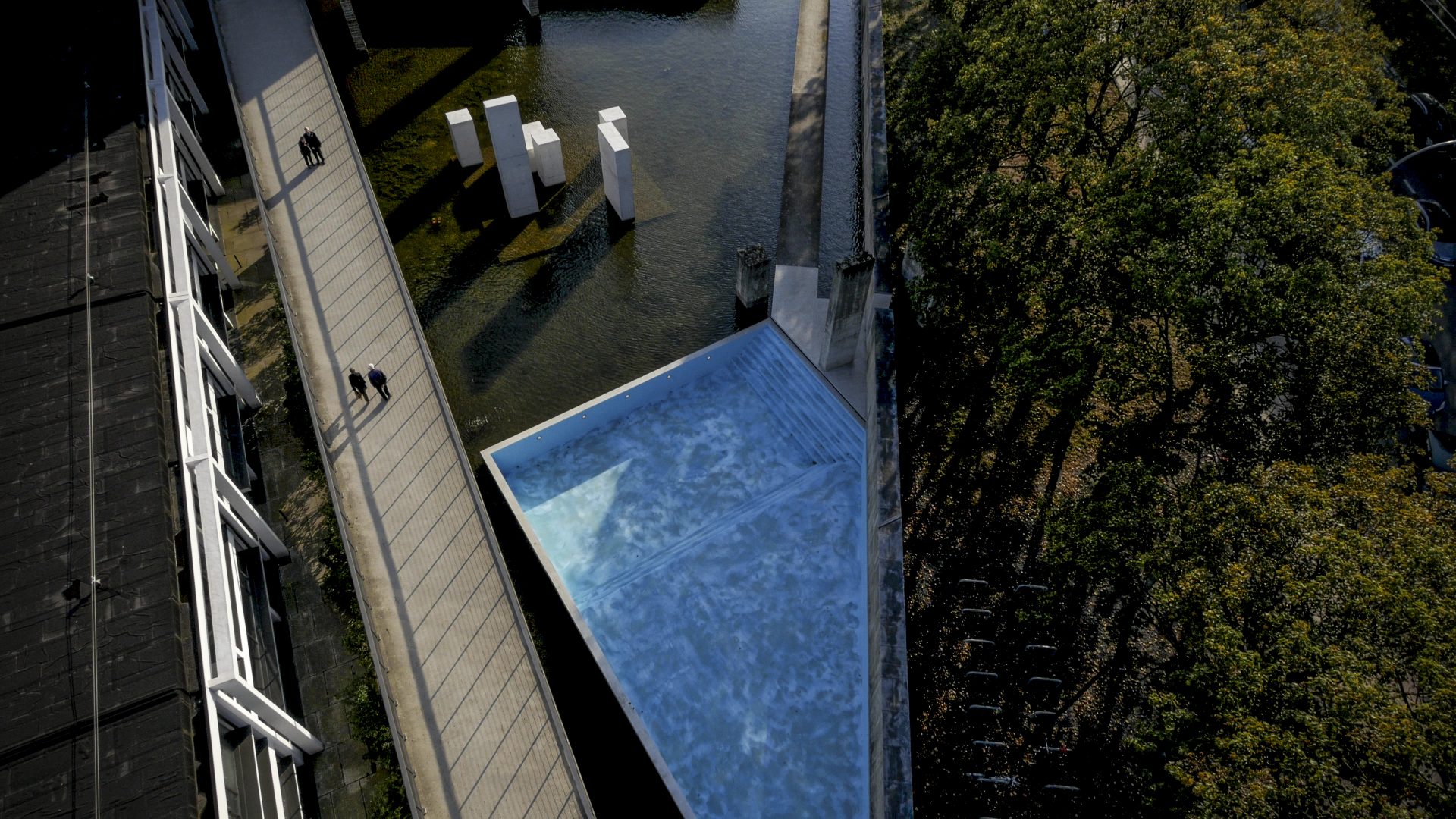 In many of J.G. Ballard's novels, the characters are left to wonder if they should stay or leave: 'Are you going to stay on here?' asks one of them. When you're immersed in the overwhelming and intense environments of The Crystal World (1966), The Drowned World (1962) or The Burning World (1964) - or even that of an extreme high-rise, an abandoned highway or a decaying leisure area - whether to stay or leave becomes a very important question. All the more so when the environment itself slowly produces a new psycho-geographic condition that seemingly contaminates all thoughts, dreams and desires. The same questions arise in certain aesthetic experiences. How do we digest and metabolize intense perceptions, uncomfortable visions and disorienting situations?

That was the opening of a short tribute to Ballard's influence that I wrote in 2009, while preparing the Ballard Garden project for the arts centre deSingel, in Antwerp. The day after J.G. Ballard left (for ever), I visited the site in preparation for a large outdoor project to accompany the new architectural extension. The abandoned concrete blocks, the empty pond and pervasive post-industrial mood of the site were such powerful reminders and interpretations of Ballard's aesthetics and literary landscapes that I thought the best thing to do was to turn the whole place into a Ballard Garden that would remain as a permanent life-size tribute.

The impact of Ballard's writings on what I visualize and accept as art is endless. If the Kafkaesque perfectly describes many of the disorienting and absurd experiences of the 20th century, our times now often seem Ballardian. Not many writers can be credited with regenerating aesthetics so deeply, and we will live in a Ballardian world for a very long time to come, especially now that intense climatic changes will turn architecture, playgrounds, amusement parks, highways and high-rise buildings into more organic, experimental and radical places.

Saturday, October 3, 2020, from 7pm to 2am, Nuit Blanche is organised by the city of Paris, a contemporary creation in all its forms in public spaces, prestigious monuments and buildings that are little known or inaccessible in normal times. On this occasion, Dominique Gonzalez-Foerster will take over the peristyle of the Palais Galliera with a sound installation entitled Promenade. The installation invades the peristyle of the Palais Galliera and offers the spectator a very special immersion, in a sound jungle, under a tropical rain. This ephemeral work is part of the Nuit Blanche's Right Bank journey that weaves its way from the Petit Palais - Musée des Beaux-Arts de la Ville de Paris to the Musée d'Art Moderne de Paris, crossing the sound limbo, virtual wasps and temples of love in the gardens of the Champs-Élysées or New France, to the Palais Galliera and the esplanade and basin of the Palais de Tokyo.