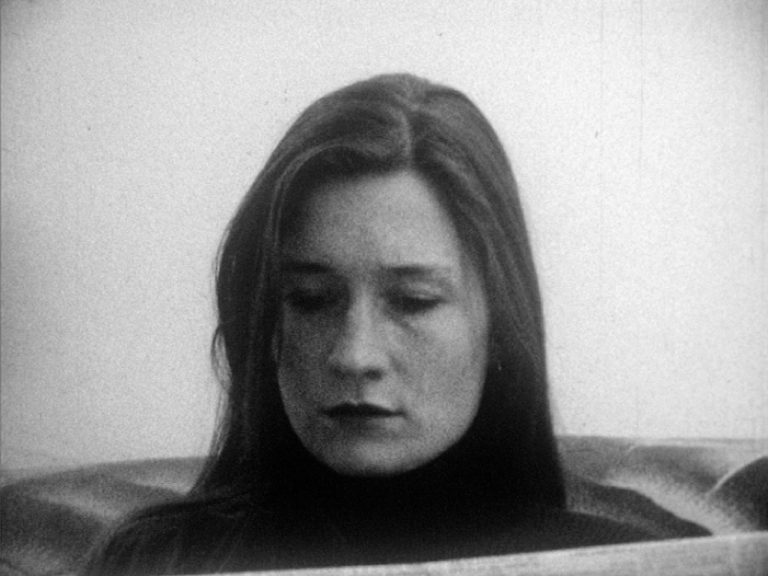 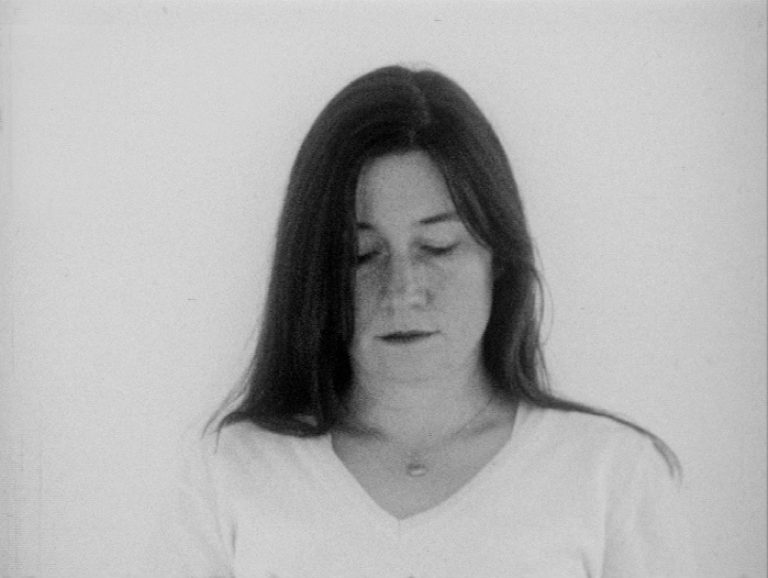 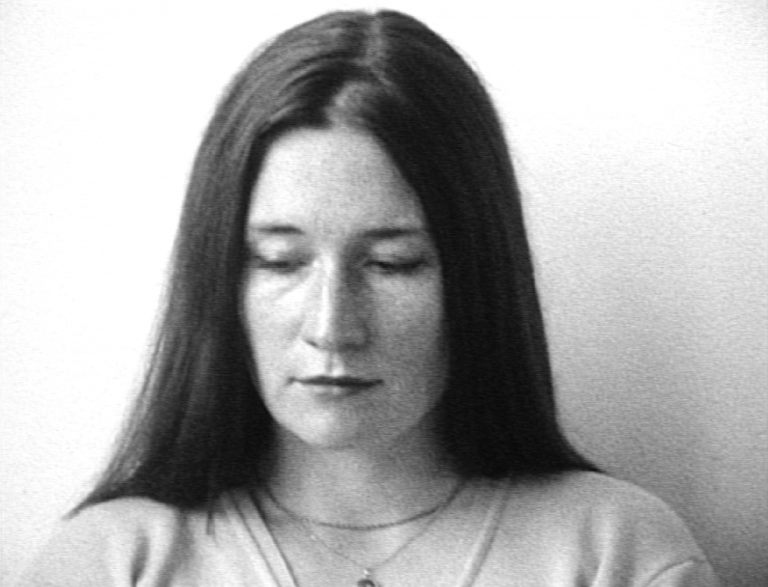 At three different moments in her life, a woman reads the newspaper. Tightly framed, she shows us her face absorbed in reading, eyes fixed on pages that we can only imagine (they are off-camera). Filmed in Super-8, then transferred onto 16mm, these three films offer the terms of a contract apparently drawn up between the artist and her model: at three distinct dates, separated by several years, she recorded this brief moment or encounter-although there is no exchange of gazes in the image. What can we say of this contract, part from showing its temerity? Going against this time which passes and distances, while keeping a distance: the films maintain this discreet equilibrium.

But that is not all there is. Reading the newspaper is an everyday moment which is at once outside the public and social sphere (it is a solitary act) yet attaches us to it: performing it, we repeat an action performed by millions of others. Reading the newspaper positions us outside and in the world. The theme of the woman reading, a popular one in the history of art, continues this problematic. It raises the famous question of absorption, of whether or not the subject is aware of the representation being made. Pictorial representation often uses smaller formats here: the reader is generally absorbed in a novel she is holding in her hands. This question of format is not without significance. It interested Virginia Woolf, who wrote in A Room of One's Own (1929) that,”women' s books should be shorter, more concentrated, than those of men, and framed so that they do not need long hours of steady and uninterrupted work. For interruptions there will always be.”

This question also interests Manon de Boer. In Laurien she chooses a newspaper but keeps it out of the frame in order to concentrate solely on her model's face. Shot on analogue film and in black-and-white, the face brings to mind many others, but above ail the face of Françoise Lebrun in The Mother and the Whore—a Vermeer-like face, pale, defined by the contour of the hair. Also, this face is active: while reading a novel is a more linear process, when reading the newspaper the gaze may flit from one column to another, from one news item to another. What Manon de Boer is showing us is the secret workings of absorption, a withdrawal that is also an emancipation: free reading, figures of freedom.