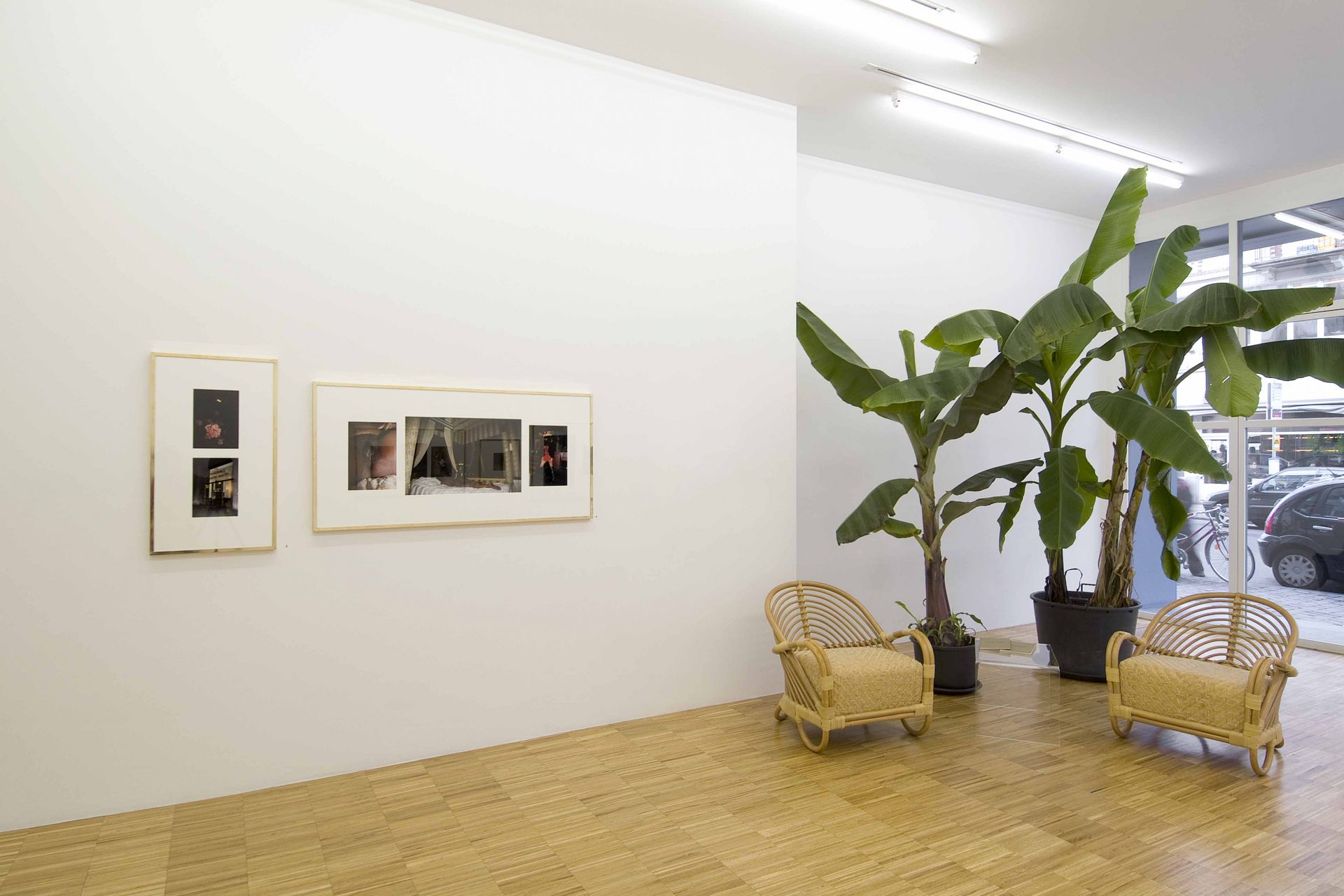 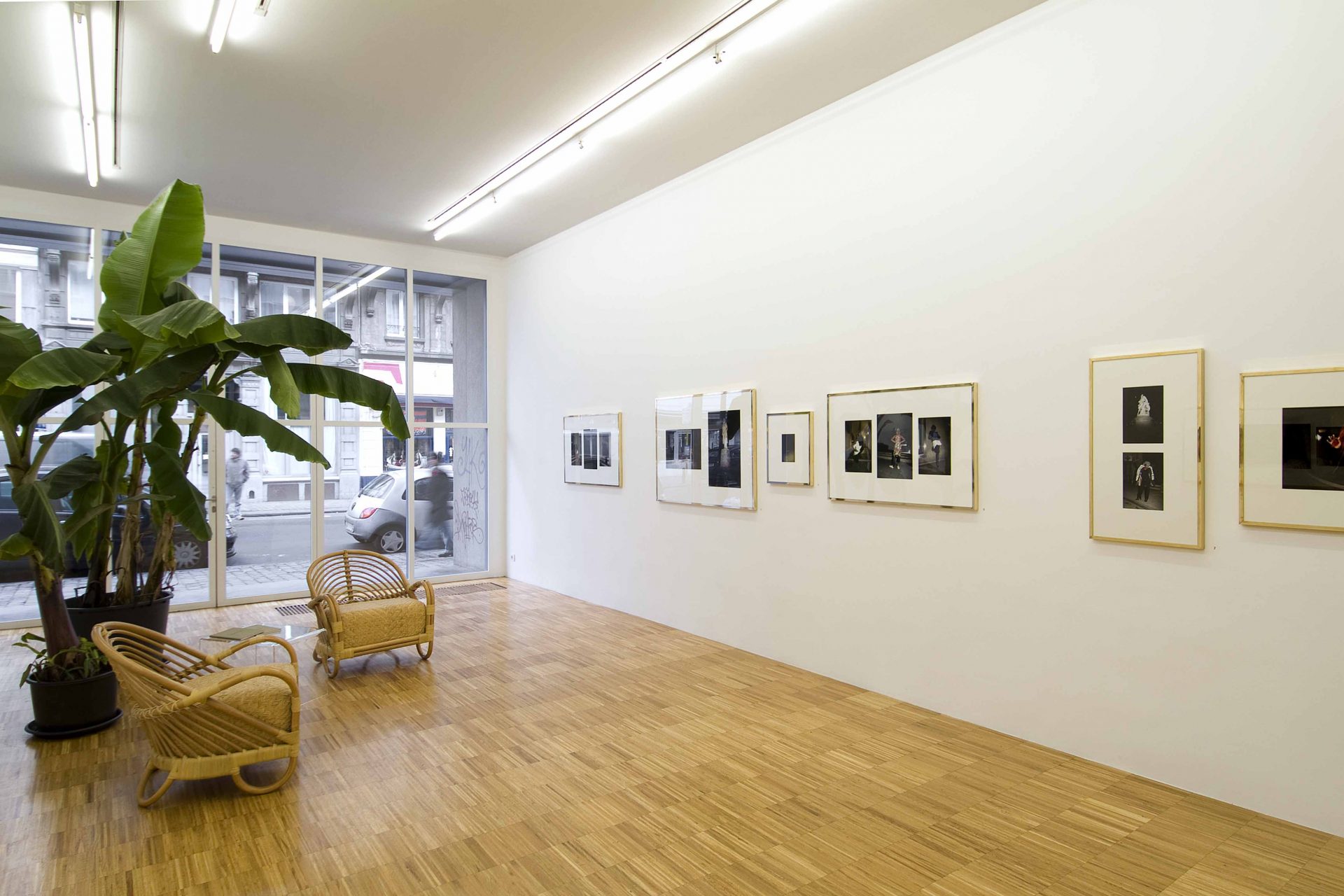 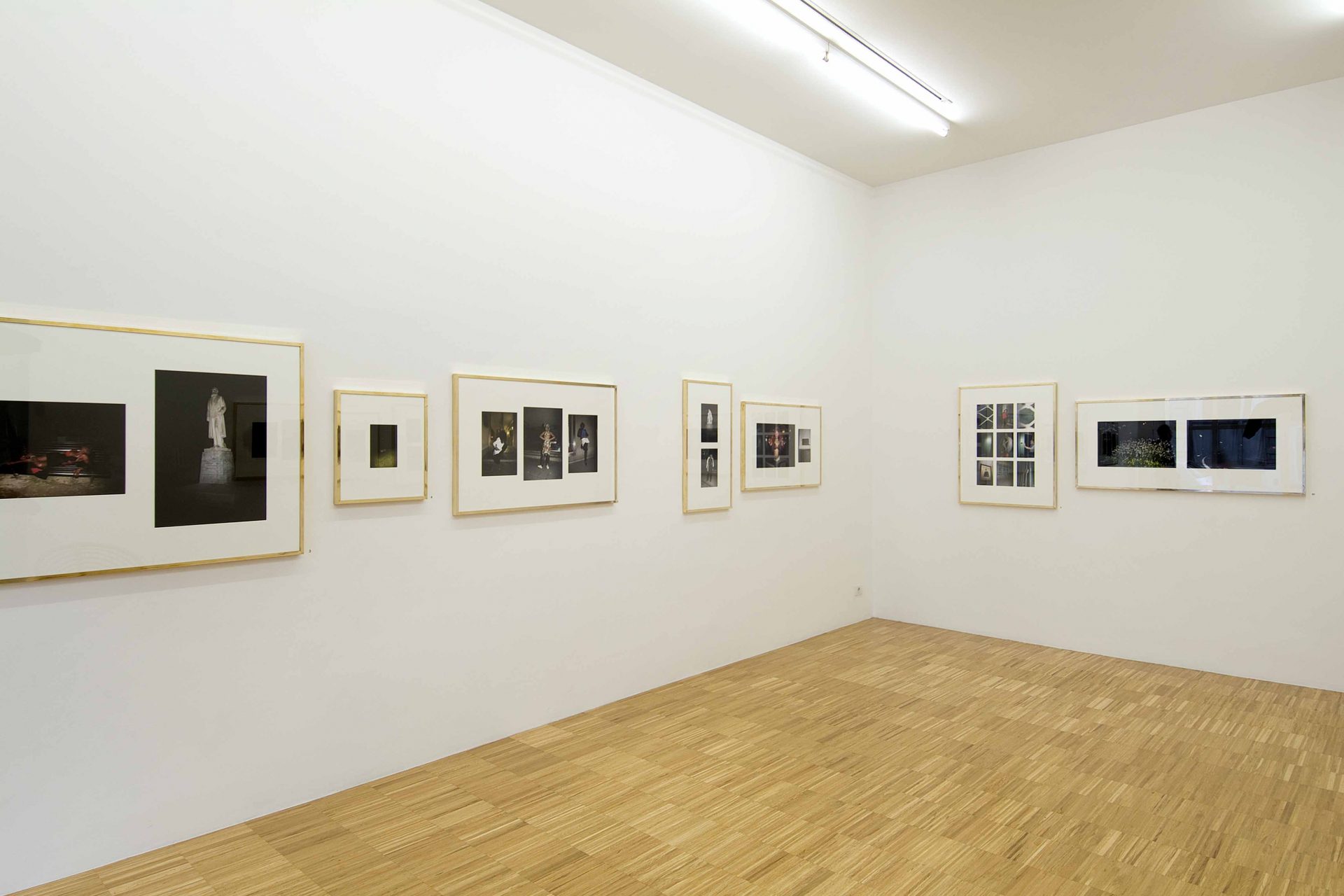 In the photographs, installation, and book project that comprise Les Demoiselles de Bruxelles, the color images of African prostitutes seem at first to dominate the exhibition. The women have selected their own poses, which range from the statuesque to the come-hither. Alongside these brass-framed photographs of prostitutes are monuments, buildings and interiors photographed, as the women were, by night along Avenue Louise in Brussels, and developed by Augustijnen into a portrait of the city assembled from traces of Leopold II ’s colonial memory. The former offices of the Colonial Lottery make an appearance, as do the King’s gardens, and a seemingly abolitionist sculpture by Louis Samain, L’Esclave repris par les chiens (1898).

In the publication titled ‘Les Demoiselles de Bruxelles, Collection of Articles’ Augustijnen highlights several interesting aspects of the life of King Leopold II and introduces the reader to a series of coincidences in history that offer links between the portrayed prostitution and some events that have shaped history.