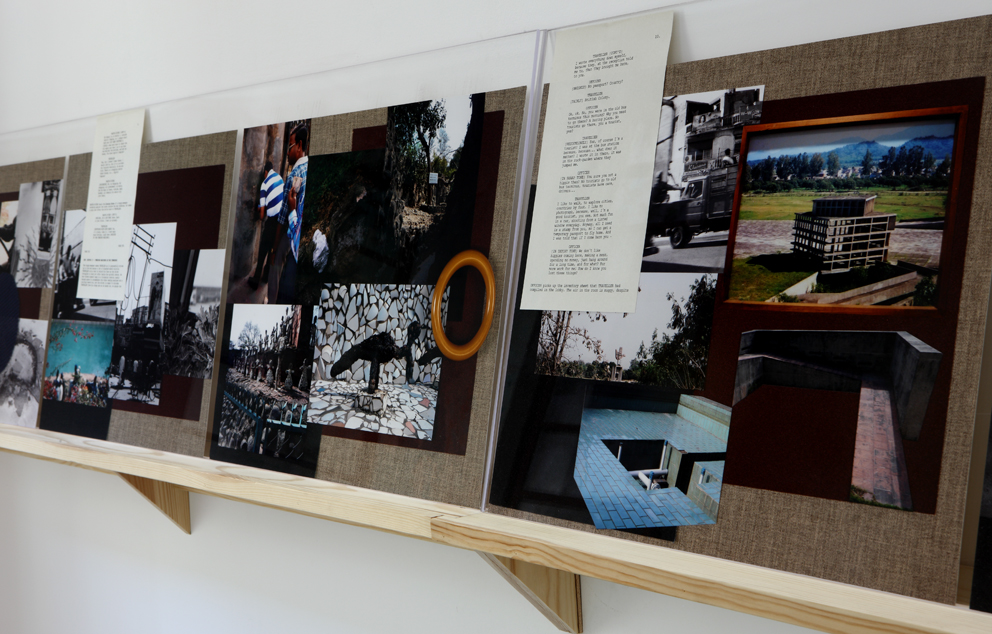 Capitol Complex (2012 - ) evolves around a manuscript consisting of four acts based on four characters, which serves as an underlying blueprint for the work. The story is led by Traveller, who extends his leisurely strolls of the Indian city of Chandigarh into the night, in order to experience its unique urban architecture with greater intensity and anxiety. After his nocturnal explorations, he grows weary and changes his course from architectural appreciation to searching for crevices and enclosures. Urban fixtures of obstruction, surveillance, and derailment direct his passages, until a shift in perception occurs.

Capitol Complex is set in Chandigarh, India, once the future city and the architect Le Corbusier’s most momentous assignment, today the capital city for two states, Punjab and Haryana. Le Corbusier envisaged the government headquarters, the Capitol Complex, as a sacred place to match the Acropolis, where citizens could meditate on the interconnected spiritual meanings embedded in his architecture, landscape fixtures and visions of democracy.