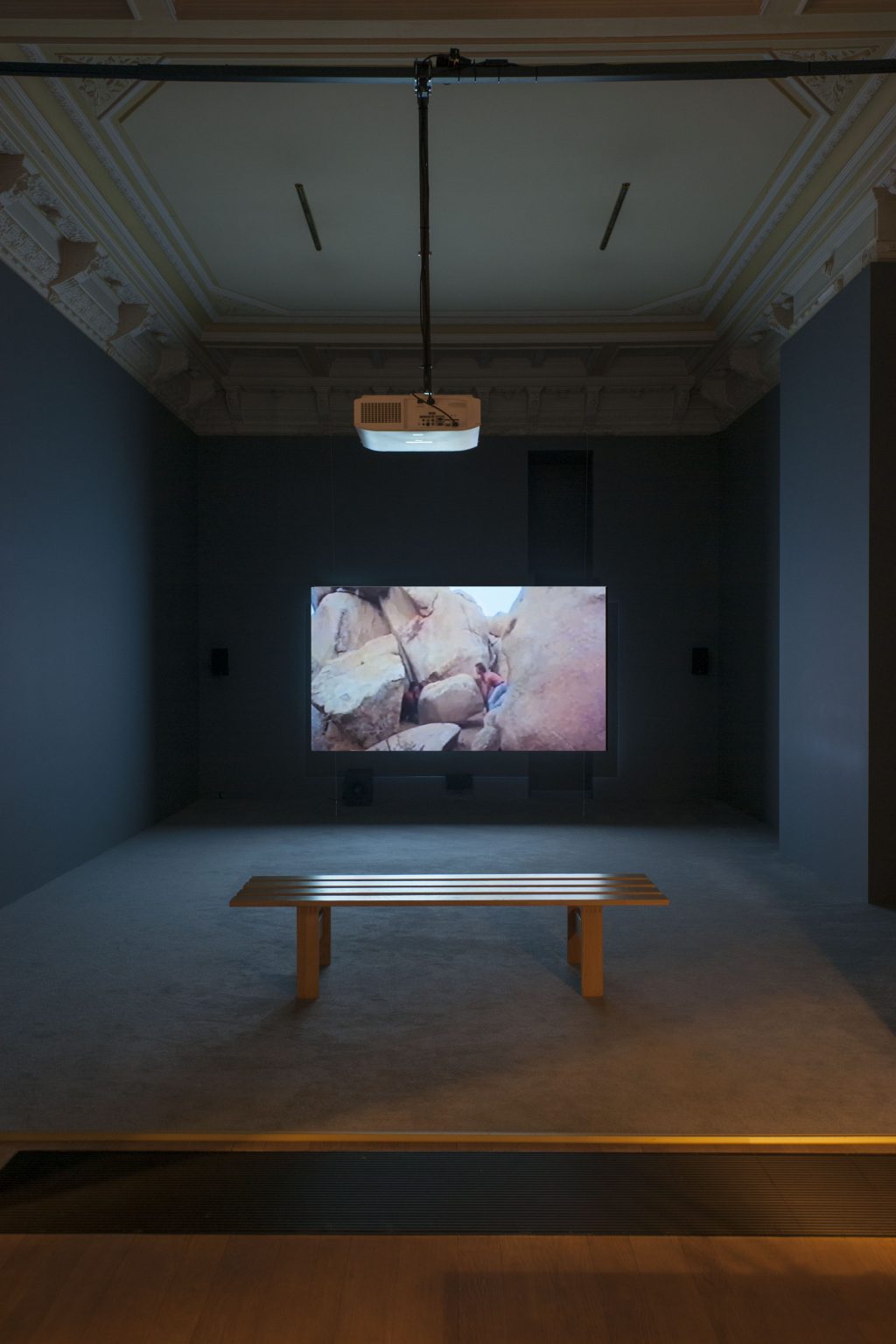 The premise of both works is Bismuth’s suspicion that in the 1970s, artist Ed Ruscha may have fabricated and hidden a completely unknown sculpture titled Rocky II in the vast and desolate landscape of the Californian desert. This object, an artificial boulder hidden amongst real ones, has remained undetected for nearly forty years. Though Ruscha has recently confirmed the existence of the sculpture, he has refused to supply any further information. The inconclusive circuit of the object’s whereabouts and the shadowy narrative that accompanies it serve as the jumping off point for Where is Rocky II? Trailer-Teaser.

Not unlike the familiar slogan coming soon, film trailers are simple and standard audio-visual conventions employed by the entertainment industry to announce forthcoming films. Continuing the artist’s long-term interest in exploring the detritis of cultural production as a formal strategy, Where is Rocky II? Trailer not only examines the ways in which audience anticipation and recognition inform our experiences of viewership, but likewise suggests that these dramatically compressed narratives are often more compelling than the complete films they purport to represent.

Narrated by Lawrence Weiner and written by Bismuth and Aaron Schuster, Where is Rocky II? Teaser examines the dark historical chronology of Joshua Tree (the site where the Ruscha work is supposedly hidden) from 1870 to 1976. Detailing a series of legendary disappearances, deaths, fakes, supernatural encounters and cinematic illusions, Teaser situates Ruscha’s object firmly in the mythology of the landscape. Weiner’s participation serves a bifold purpose – the sonorous familiarity of his voice is not only a reference to the traditional cinematic teasers that well known Hollywood figures lend their voices to, but it likewise creates an improbable bridge between conceptual art and the entertainment industry.

Though both videos are discrete artworks, they likewise operate as fully functional examples of the tropes that they mimic. Marking the artist’s return to Hollywood ten years after winning an Academy Award, Bismuth is currently completing his debut feature-length film, aquasi-documentary chronicling the artist’s hunt for Ruscha’s sculpture. Echoing the gesture established by the concealment of a fake boulder among a nearly impenitrable landscape of identical real ones, Where Is Rocky II? examines the slippery relationship between the real and the super-real, between what something purports itself to be and what it actually is. 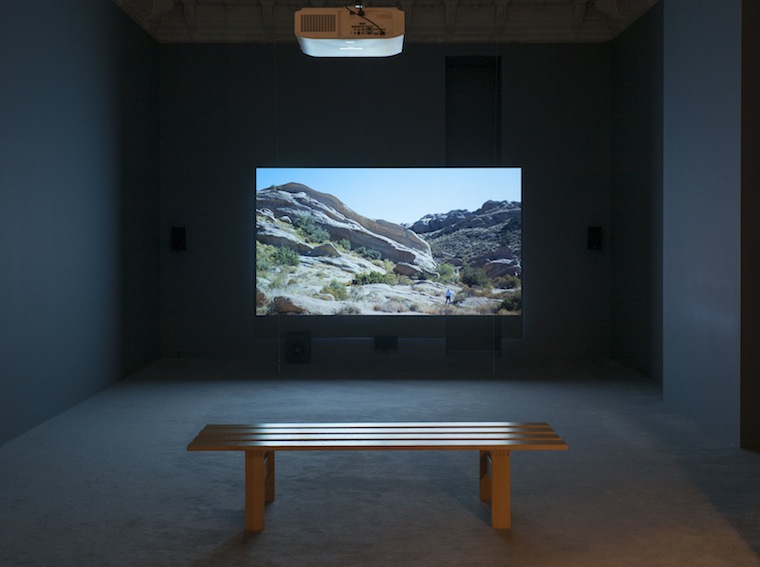 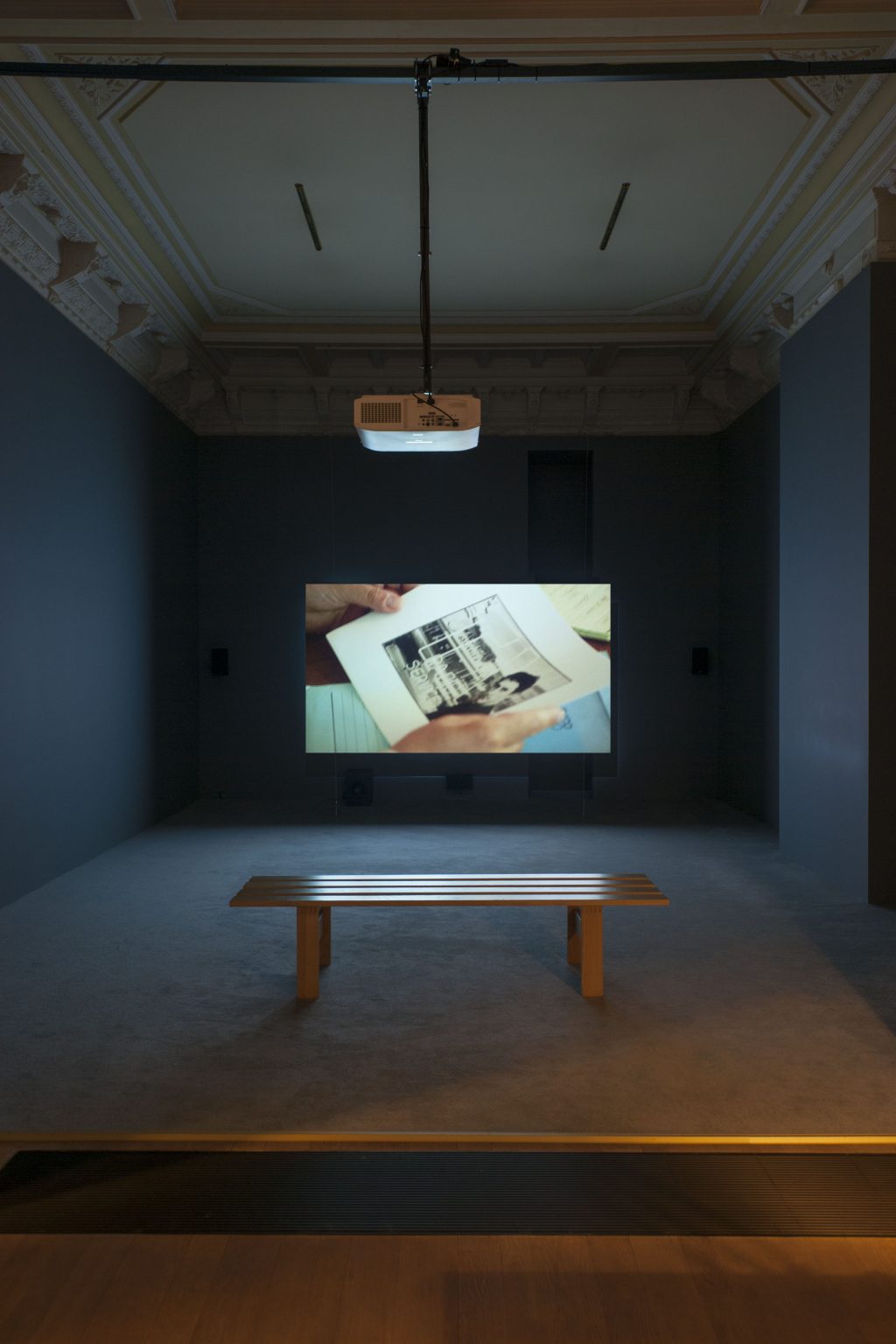 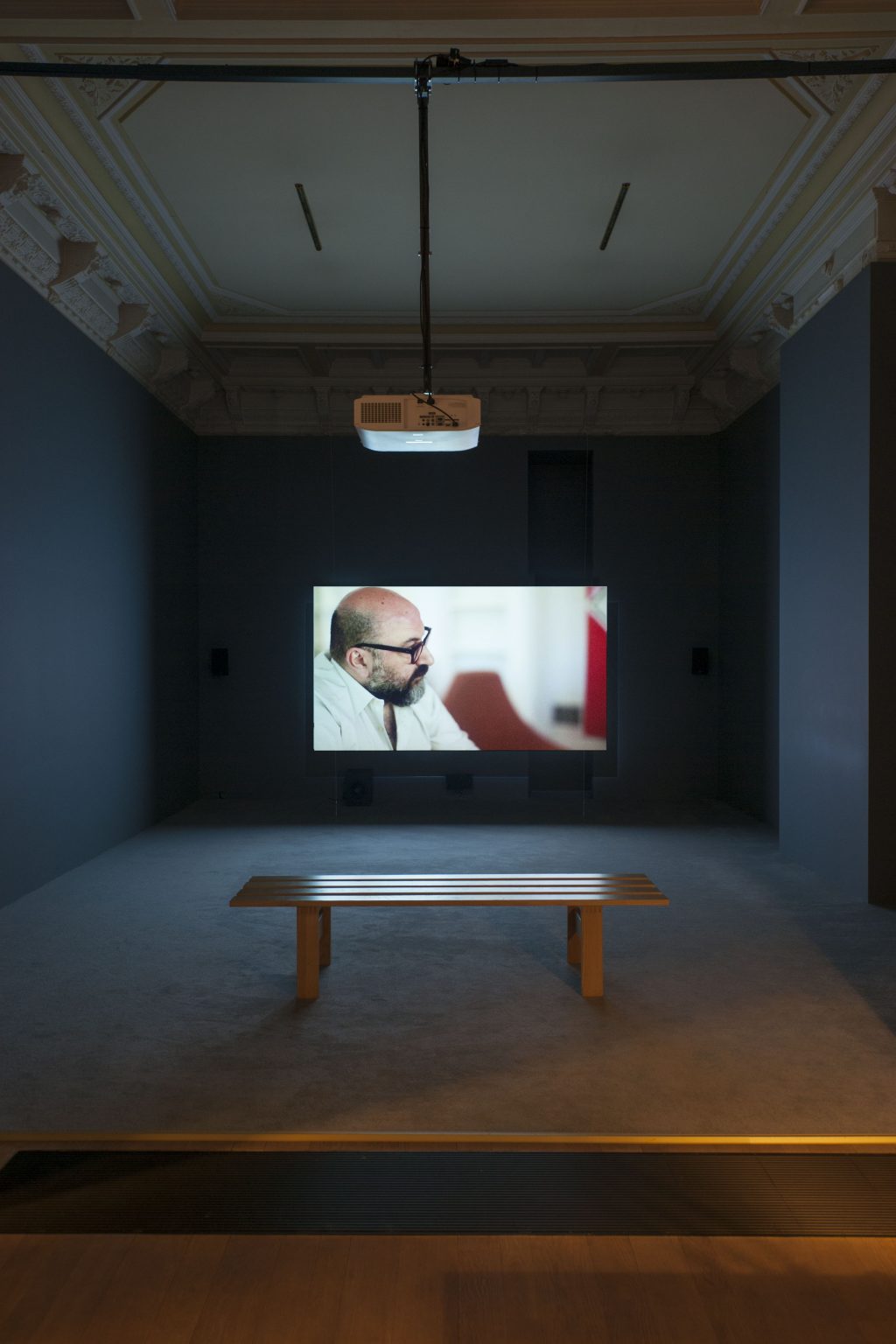 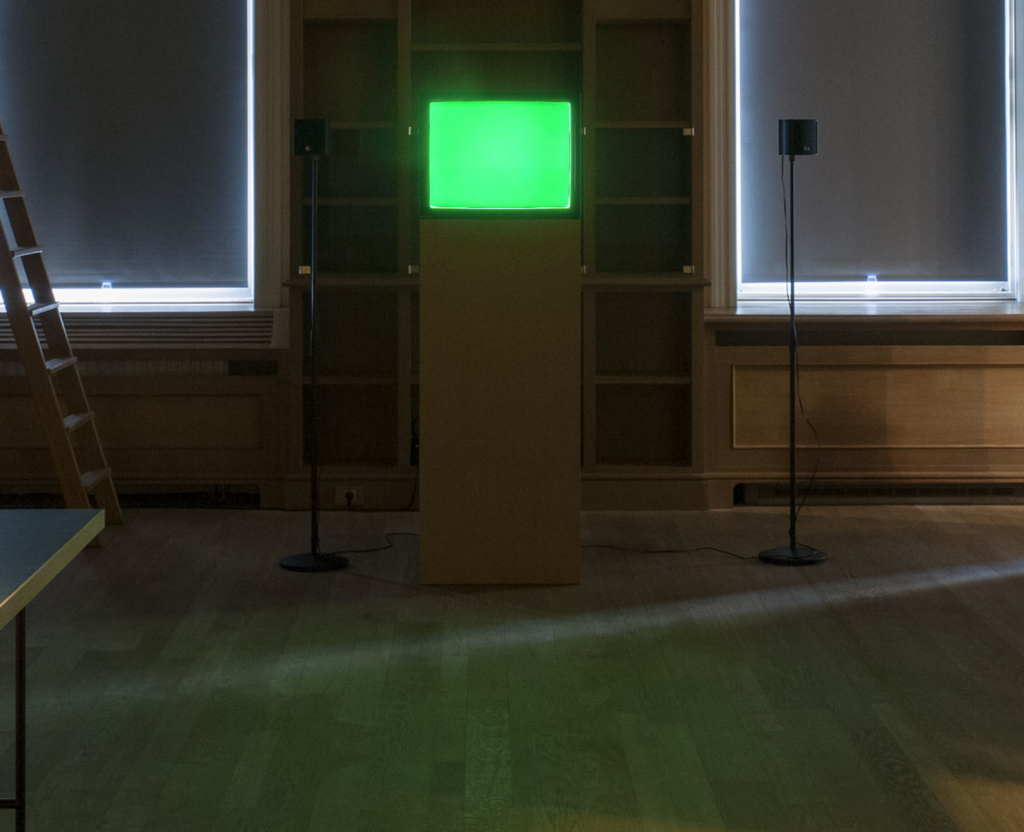