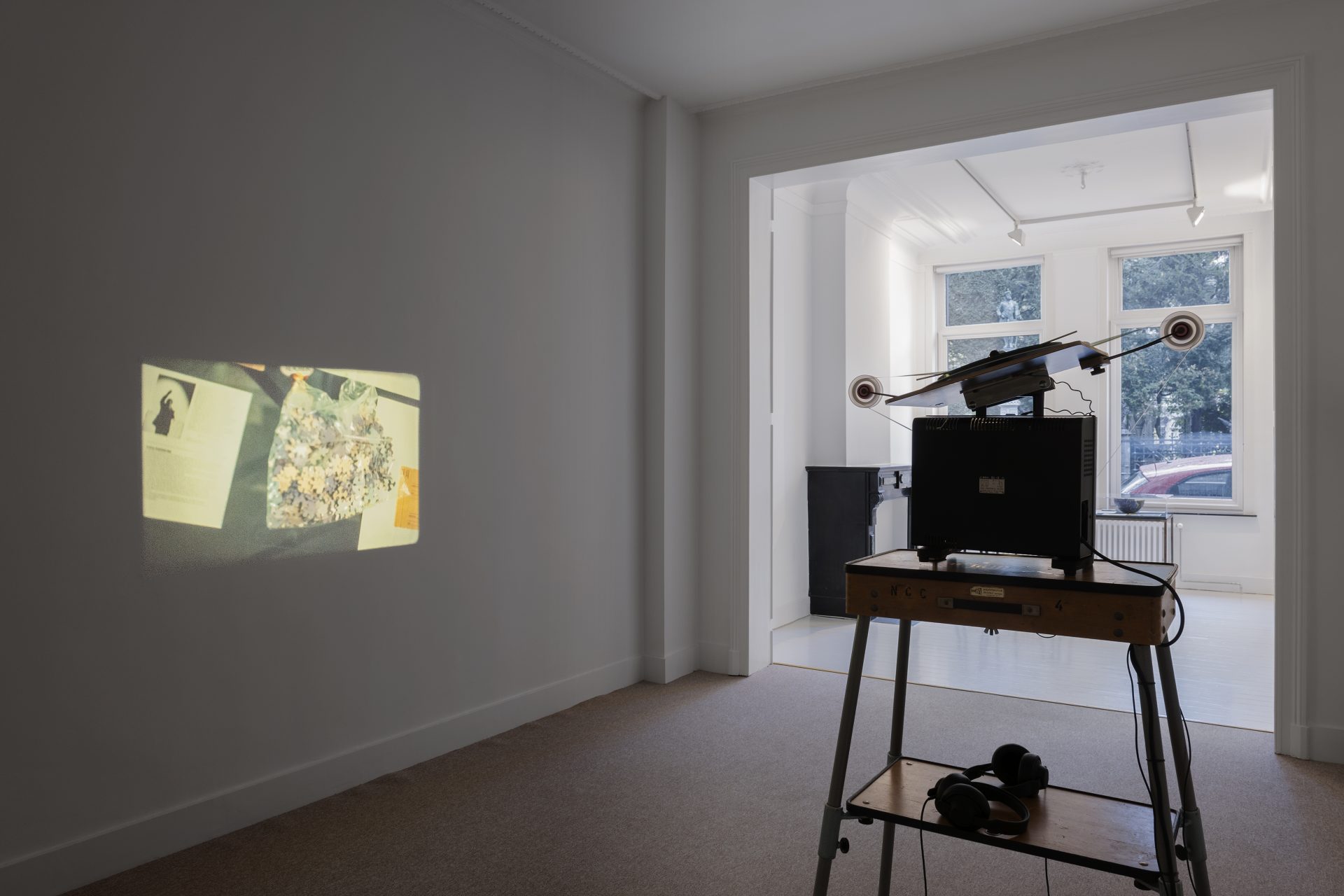 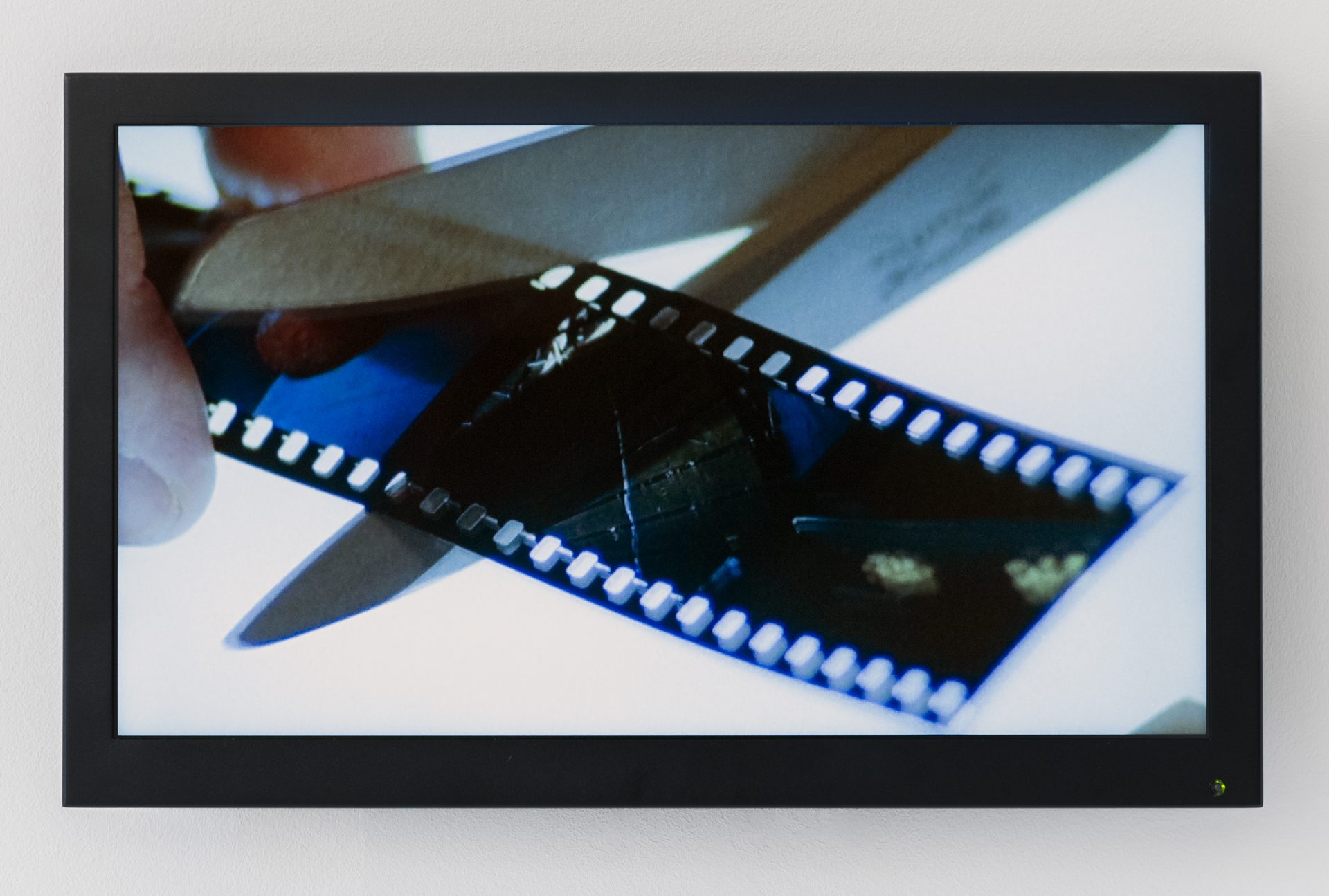 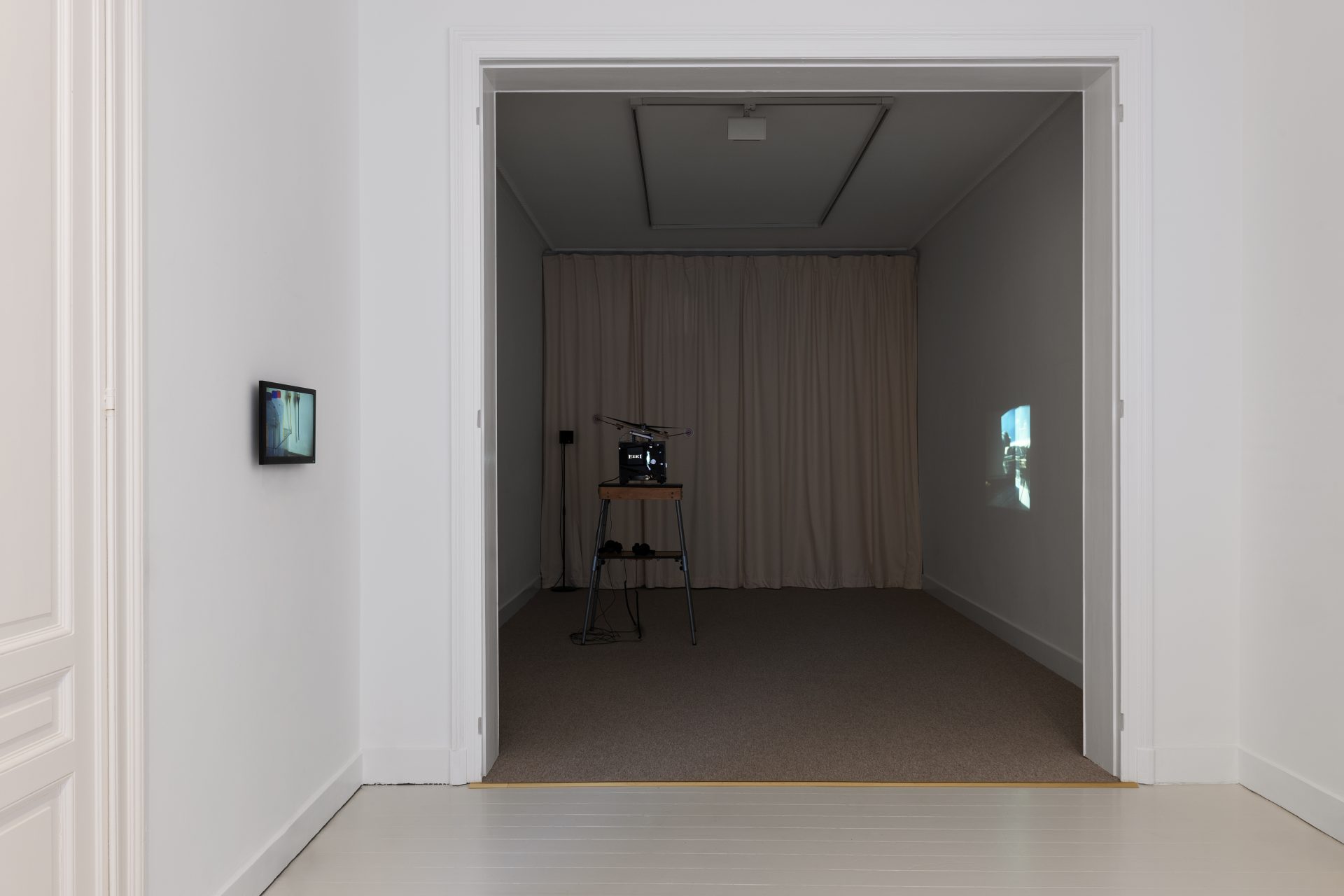 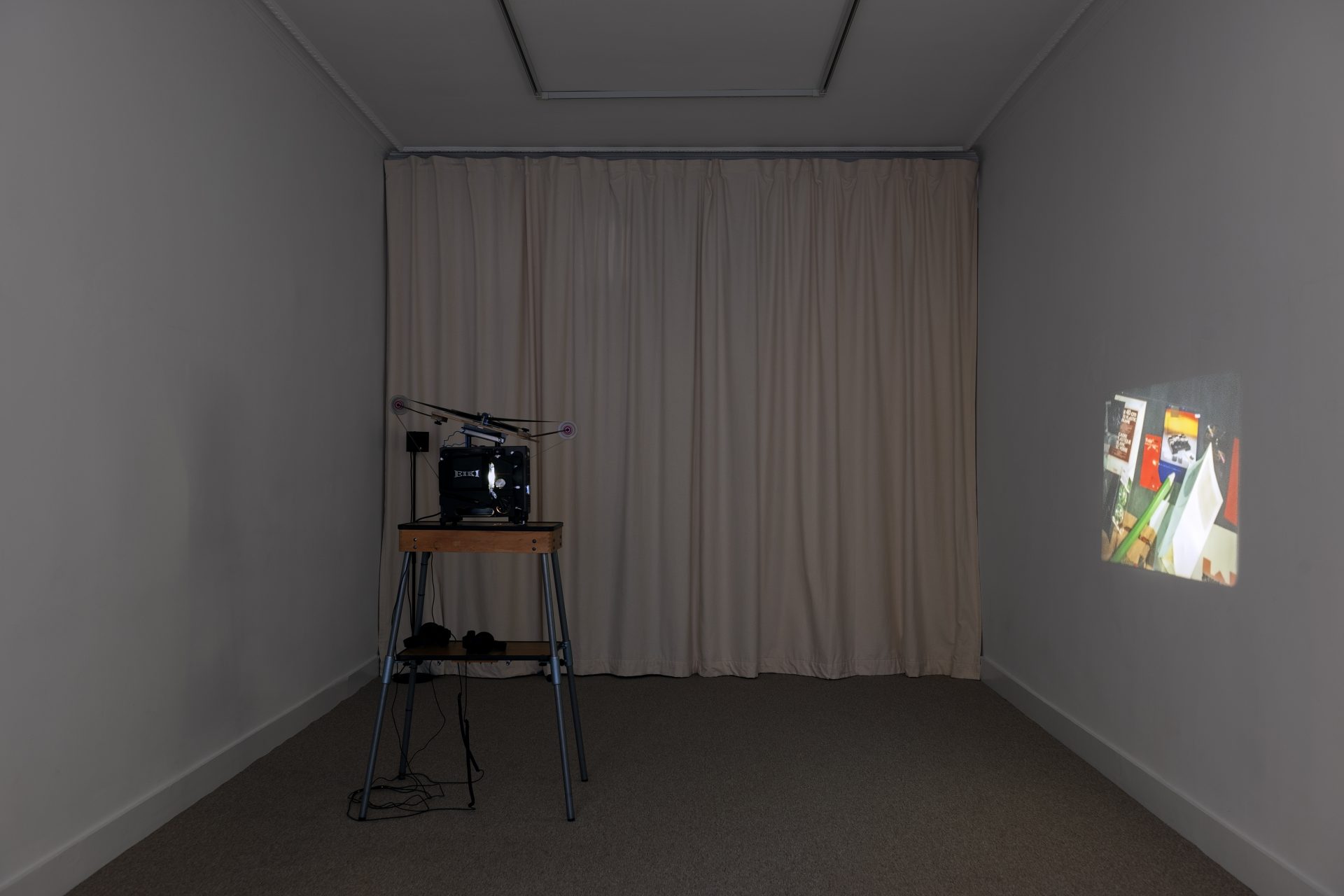 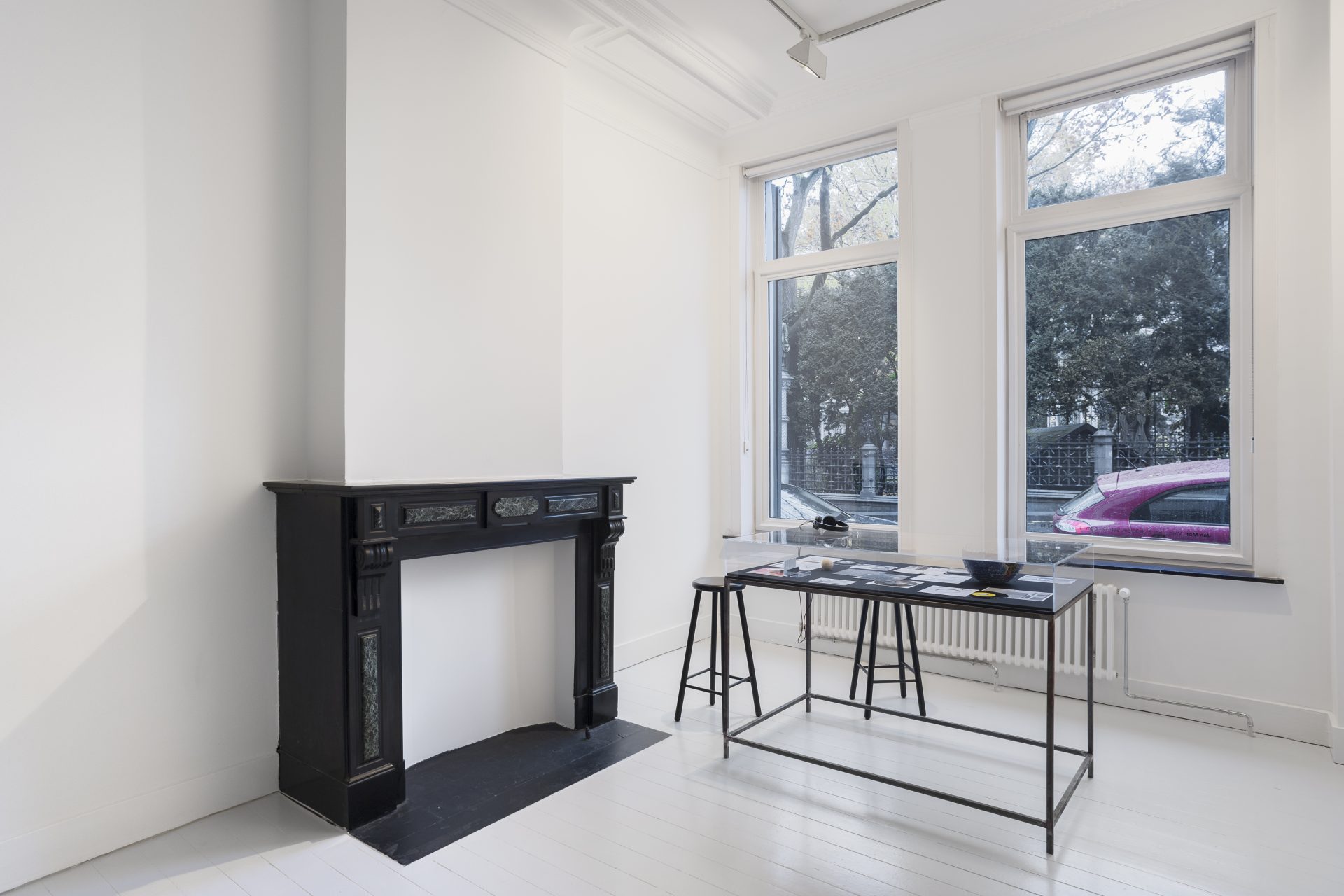 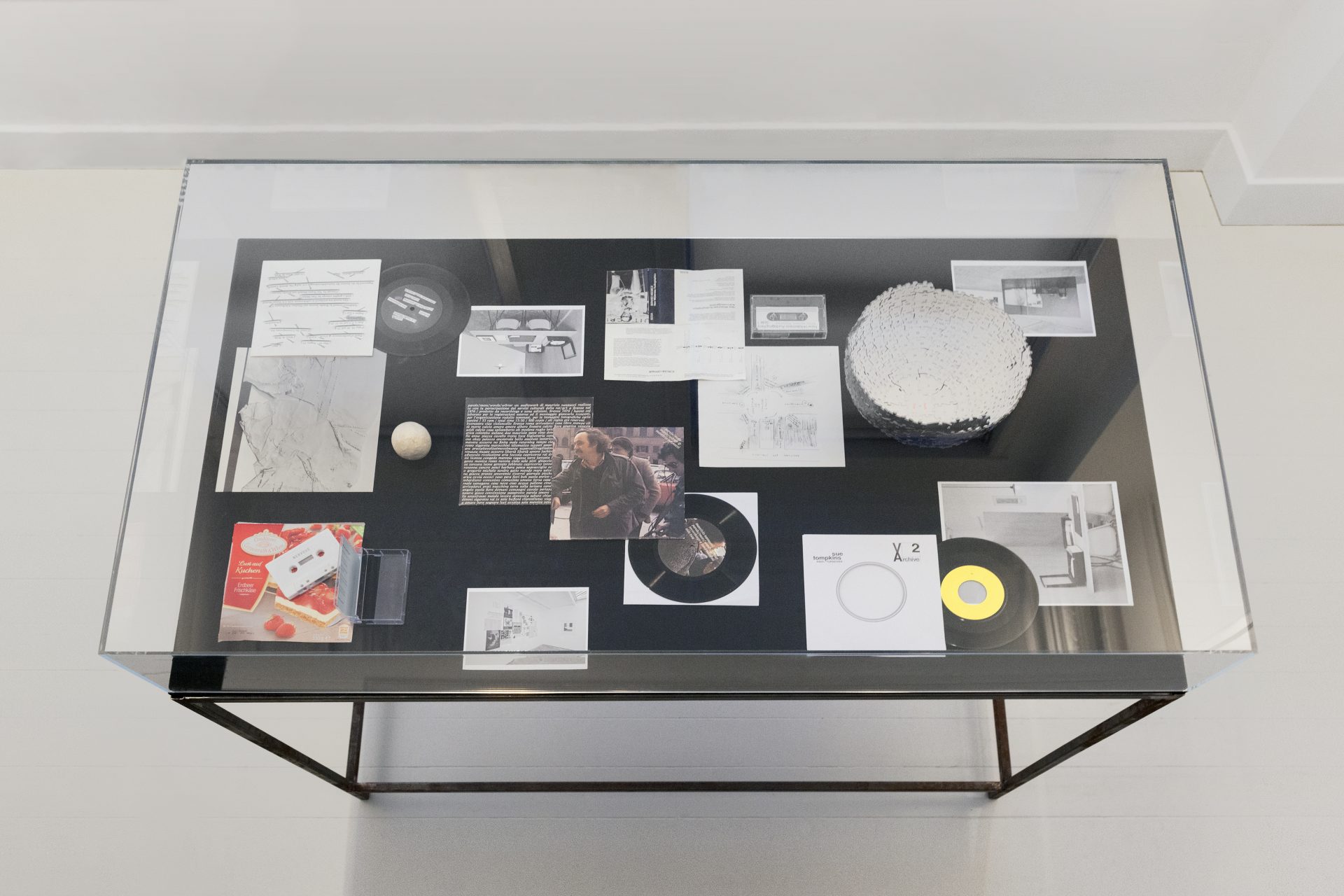 The film installation Chopin (Alma Verse), 2018, brings together scenes of a tableau of staged objects, ephemera, slide projections and spoken word. In a way, the emergence of the film came from a necessity, a need to capture and timeline the disbanding threads of Finding Chopin (2005-2018). The idea behind making such a film evolved from a residency and having the opportunity to be in the city while an exhibition of mine was up. I visited the show sporadically during my residency and witnessed how quickly and unpredictably certain slides would fade, discolour, image alignments wander, projections lose focus and how the objects and prints on the table would wilt, disappear, re-appear and collect dust.

It was not only the obsolescence and ephemerality that Finding Chopin embodied or the impermanence of my performative self which induced the need to start filming. I conceded that all the parts that kept this work together were just about intact, held together by slender measures and by my performative presence. Chopin (Alma Verse) has a different constellation of form and imagery in relation to my past performances, yet both were aligned and determined by the presence of time (whether it be memory, analogue film or an egg-timer). With every iteration of Finding Chopin – idiosyncratic searching and researching, and not having a written script – there was always this sense of loss, misalignment or forgetting. Initially I had hundreds of objects, documents and photographs which belonged to this work, but gradually only a handful remained. There was a fragility to this way of performing, and with how the material components emerged, albeit temporally, for each new iteration. After many aborted attempts at recording a new soundtrack for the film, I inevitably lost my voice. My daughter, Alma, was sat by my side, she continued from where I left off. The unedited recording of her bilingual annotations on my last iteration of Finding Chopin became an impromptu endnote to the work. (TVM)