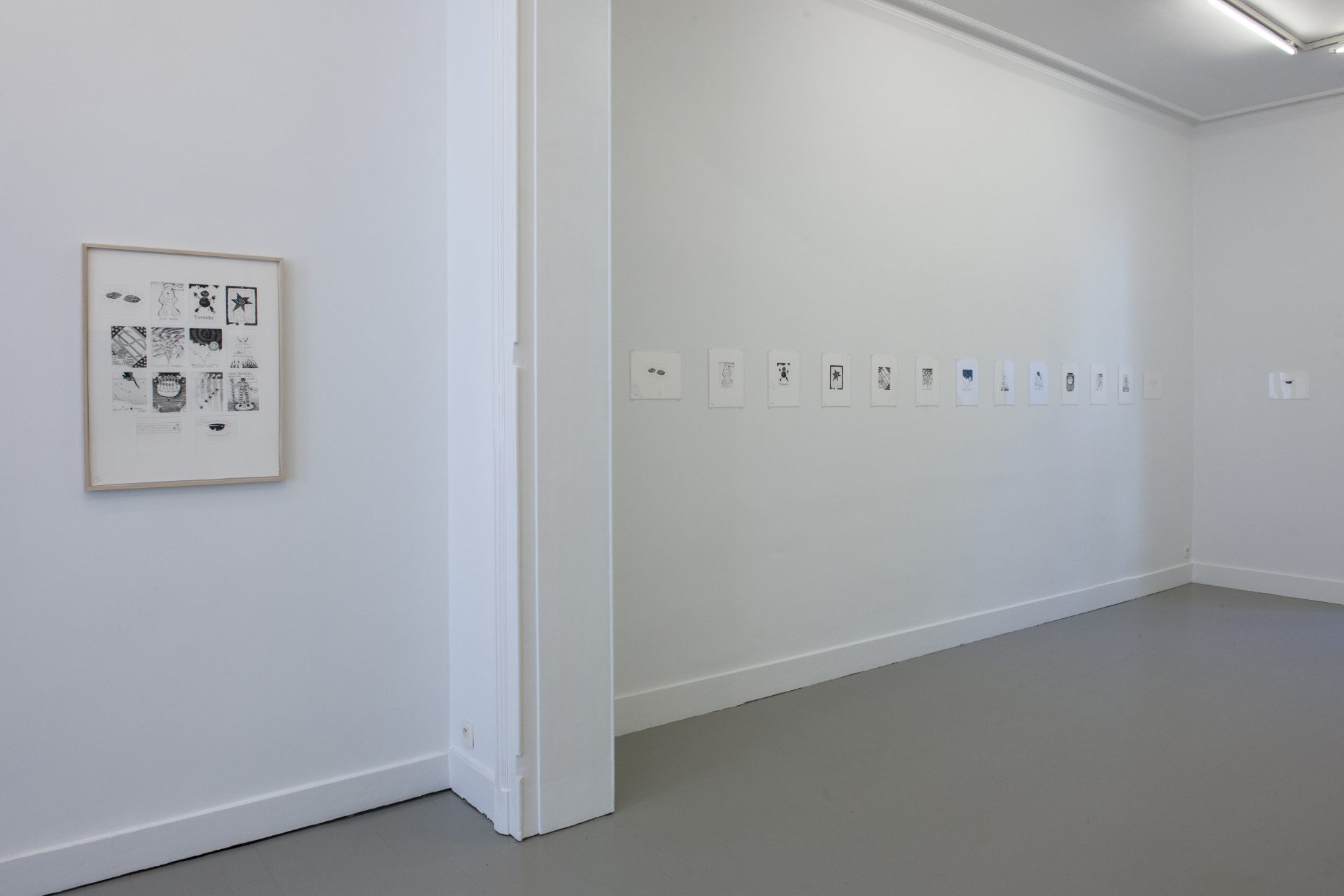 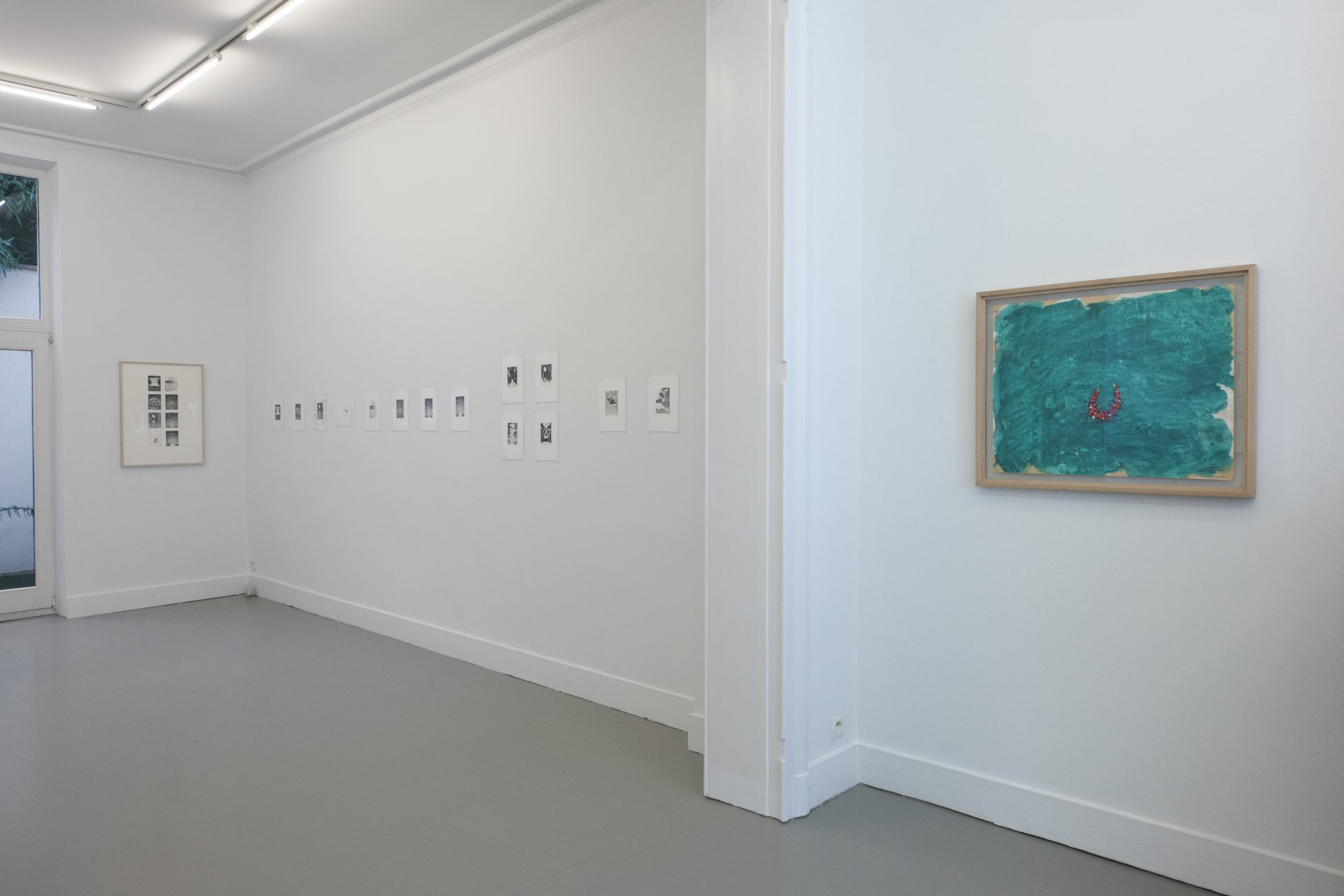 THE CROSS OF POLLYANNA AND CASANDRA/THE “GOOD vs THE ‘TRUE!’”

In 1989, a year after his death, a multitude of works were discovered in Paul Thek’s New York storage unit.[1] Among hundreds of sculptures, paintings, drawings, and notebooks were three sheets of paper with etched images.  Each was printed from small metal plates, a traditional form of printmaking that has almost disappeared in our digital age. These three sheets were the first indication of a significant body of work painstakingly made but never exhibited.

A signed and dated arrangement of fourteen images in unmatched rows was inscribed “Artist’s Proof.” The second sheet had thirteen images and was also inscribed and signed. The third—and most mysterious—sheet was made from eight entirely different plates. It had an unloved appearance—no signature or inscription and somewhat stained. A story was unfolding.

Although small, Thek’s storage was densely packed from front to back and it took several days to analyze and record the contents.  Toward the end of this process, a box containing a seemingly random selection of books was opened. Two of the books, Emile Durkheim’s Suicide: A Study in Sociology (1897) and Nino lo Bello’s The Vatican Empire (1968) were curiously heavy due to the interleaving of twenty-eight copper plates.

A comparison of the twenty-eight plates with the images used on the three proofs revealed that six of the plates had not been utilized. Further examination of those six suggested a potential chronology of the platemaking, which I have outlined below.

This first group are beautifully etched, with extensive cross-hatching and compositions of a night sky with stars and comets, four of the plates have text:

THE CROSS OF POLLYANNA AND CASANDRA/THE “GOOD vs THE ‘TRUE!’”

COMING OUT OF THE HILLS, AMERICAN PICASSOS, OR BUST

When printed, the words appear backwards.  These four plates were almost certainly etched by Thek without the realization that the images and texts would be reversed. The two other unused plates depicted a burning book and the all capital letters inscription I AM, AM I, the latter a jubilant reference to the “failure” of the first four plates. The second group of plates are those used for the eight-plate composition, in two columns of four. The crosshatching echoes the grounds of the first group, as does the night sky imagery. The extensive marking suggests an interest in making a work in the tradition of Old Master printmakers. “AVE EVA” at the upper left evokes Christian prayer, Biblical figures, and a nod to Thek’s friend and fellow artist Eva Hesse. Other images include a campfire, a balloon, a prune, a one-eyed potato, and a vertically arranged sequential triptych of a glowing heart rising above the Earth. All these subjects appear in contemporaneous paintings on newspaper or bronzes. That this was a finalized composition was confirmed when a signed, dated, and inscribed proof with the same arrangement of plates was exhibited at ZKM Center for Art and Media, Kahlsruhe in 2007. [3]

The composition of fourteen plates was exhibited during Thek’s lifetime and was reproduced in Paul Thek: Processions, where it is catalogued as Artist’s Proof, 1975.[4] The images on these plates have a different look. The subjects are more graphic, more sign-like. An image of a swan dipping its neck into water includes the text “FALLS THE THIRD TIME” suggesting a Station of the Cross. Images and text include both Biblical references (TOWER OF BABEL, HORNED CROSS, THIS IS MY BODYS) as well as a Christ-like figure and artist surrogates (WILD OAF, TARBABY, THE SCOURGING OF BEAU JANGLES and BEAU JANGLES DANCING ON A DIME).

Precedents for the imagery in Thek’s etchings can be found in a 1975 notebook which includes black ink drawings of ideas for bronzes. [5] Thek’s handwriting describes them as CLOD OF EARTH, PIECE OF BIRTHDAY CAKE, LANTERN, LOAF OF BREAD, MOUSE EATEN TUNNEL ALL THE WAY THRU, PIED PIPER’S CAMPFIRE, PUMPKIN PYRAMID, POPE’S EYEGLASSES, TARBABY, BOWL OF CHERRIES. The majority of these was cast in bronze and is collectively referred to as The Personal Effects of the Pied Piper, 1975.

A catalogue with reproductions of all the etchings by Paul Thek was published by the gallery, with texts by Ted Bonin.

[1] The inventory was conducted by the author and Dennis Redmond.

[2] In this text Thek’s orthography and punctuation have been retained for inscriptions.

[5] A facsimile of this notebook is one of the inserts in Paul Thek, ex. cat. Paris: Galerie Alexandre Iolas, 1976.

This text was published in newspaper No. 118. 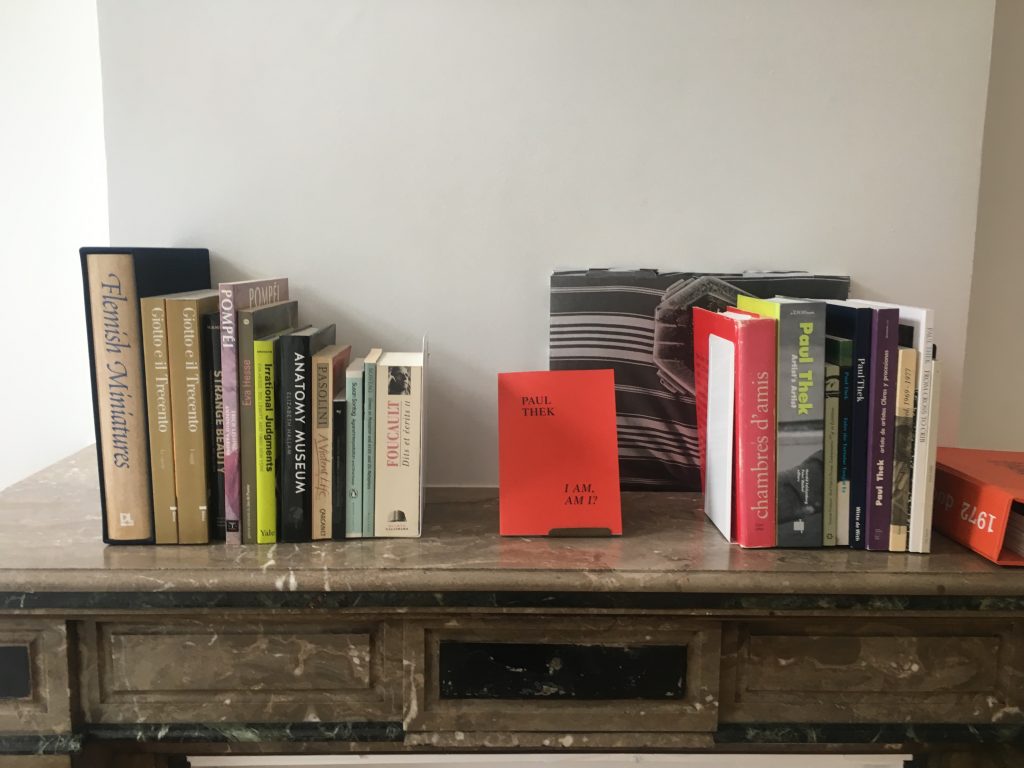