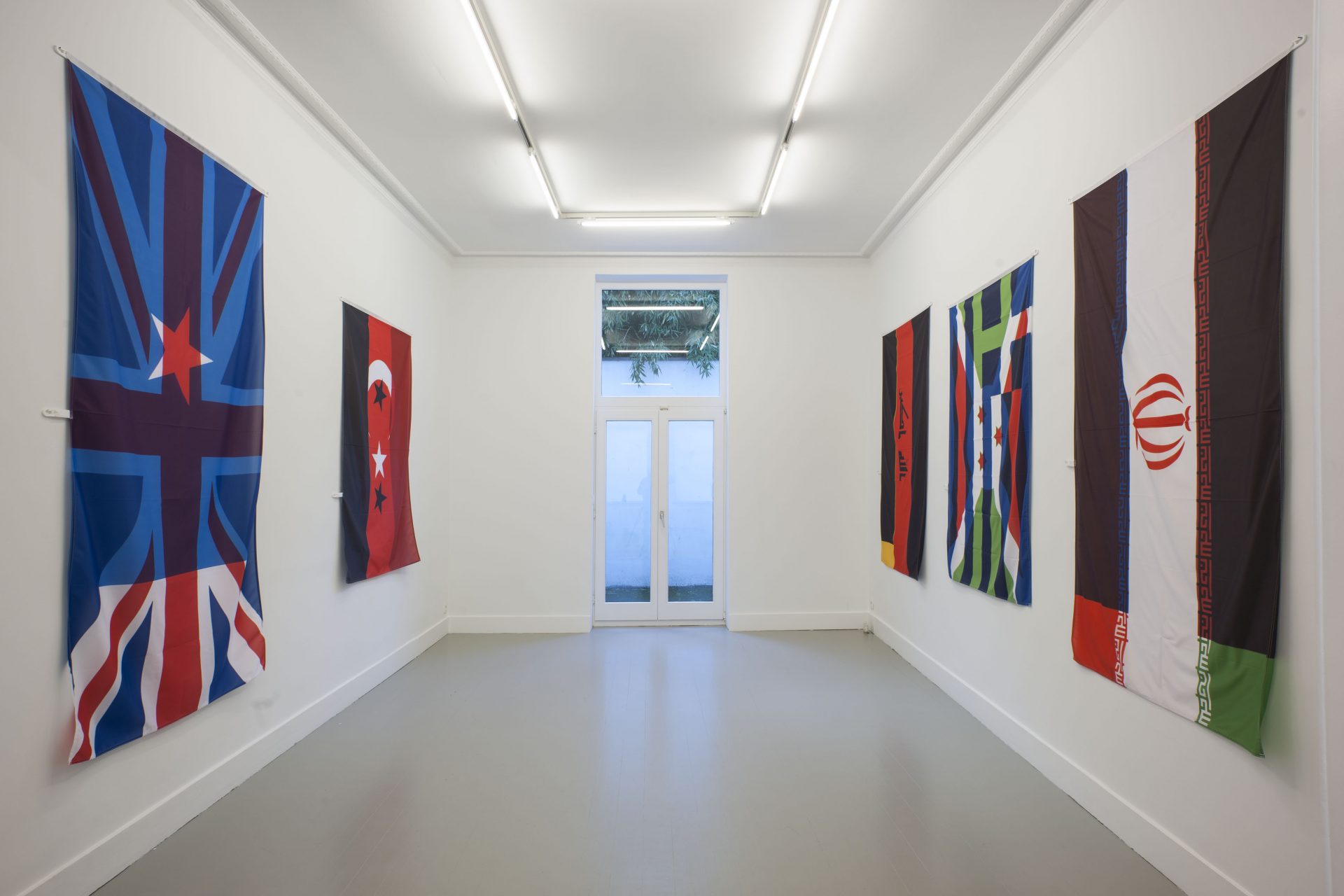 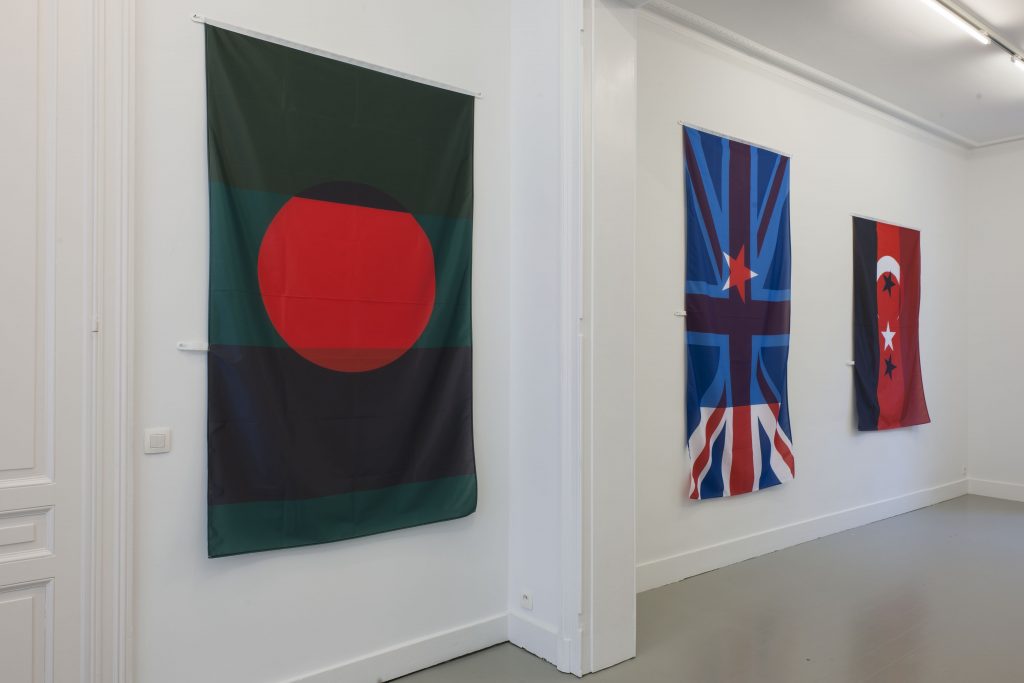 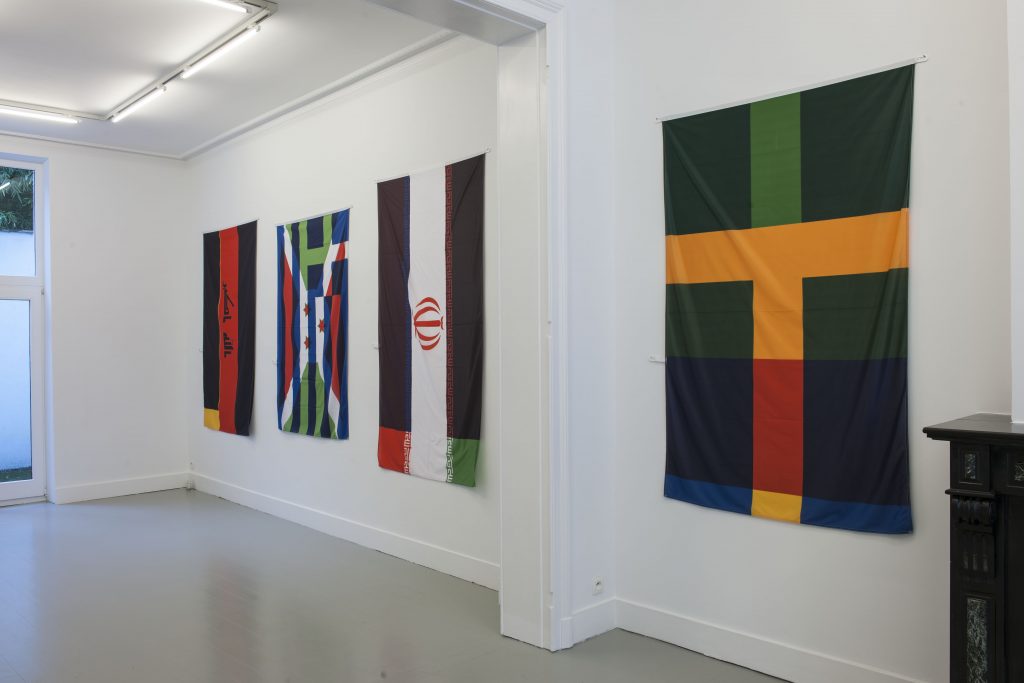 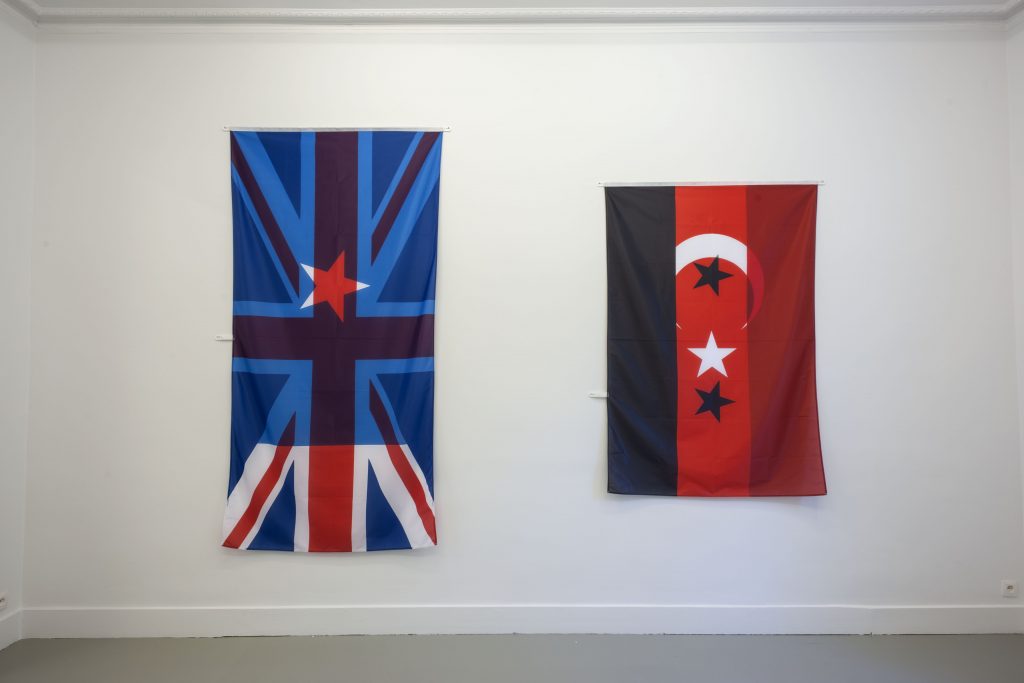 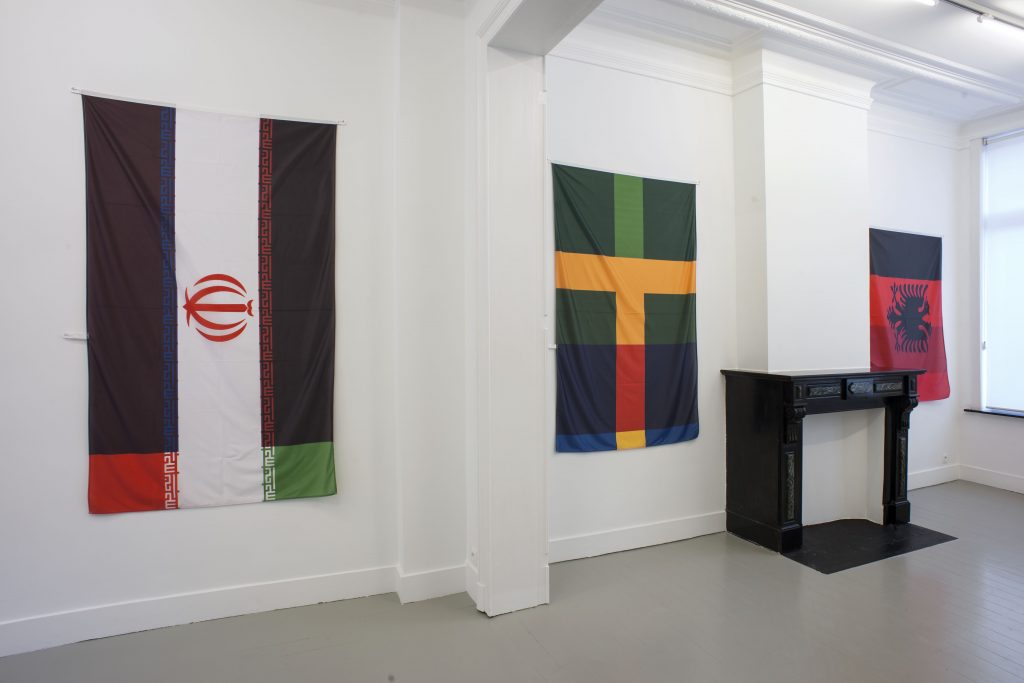 In his new series Abstractions (2019), Pierre Bismuth combines, in the context of the current global refugee crisis, two flags of nation states into one new flag. One of the two flags sampled on these visual hybrids represents the country of origin of the refugee, the other the destined European host country. The artistic result are new "inter / national flags", which become conceptual pictorial objects, in which two national symbol systems merge, thus losing their previously clearly defined representational capacity. With this aesthetic intervention, Pierre Bismuth not only reflects on the aims and directions of worldwide refugee flows, but also on the precarious position that nation states today are taking in the context of neoliberal globalisation and the power of global players in global affairs. In addition, the artist here composes picture objects that not only have a high aesthetic quality in addition to their political dimension, but also allude to recent art history.

Here are two examples: the flag Abstraction (Italy / Bangladesh) with its three horizontal color stripes, two in black, one in green, and the attached circular dot, which is held in two shades of red, presents an abstract image that is well calculated reminiscent of non-representational paintings of the avant-garde of the 20th century. The flag Abstraction (Afghanistan / Great Britain), however, plays with the coat of arms of Afghanistan, a historic mosque, which is here as it were blinded by the Union Jack, clearly on the American Pop Art of the 1960s.*

This is how Pierre Bismuth succeeds in inseparably combining two qualities that are usually considered irreconcilable in art, the flags of his "abstractions": those of political reflection and aesthetic beauty. 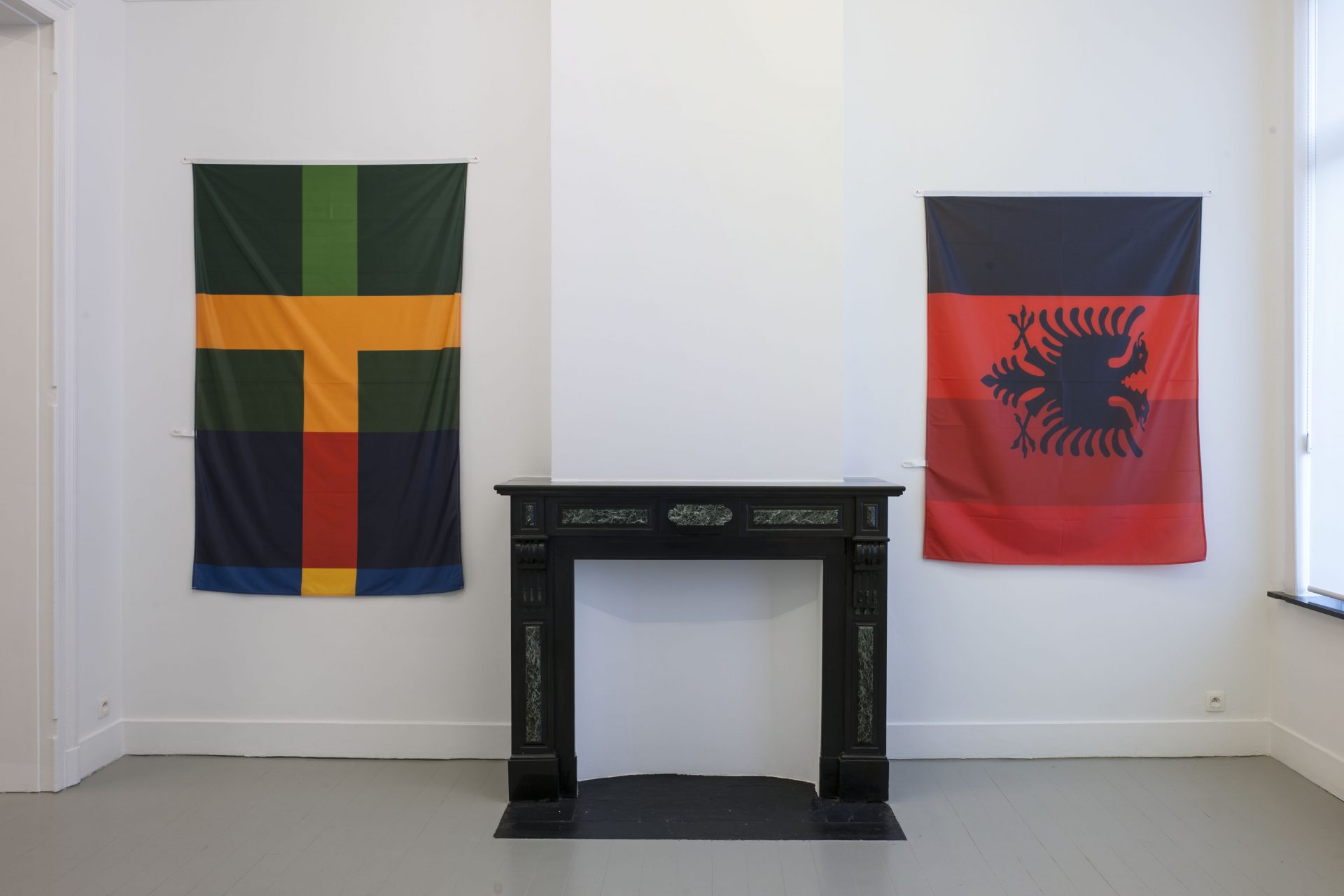