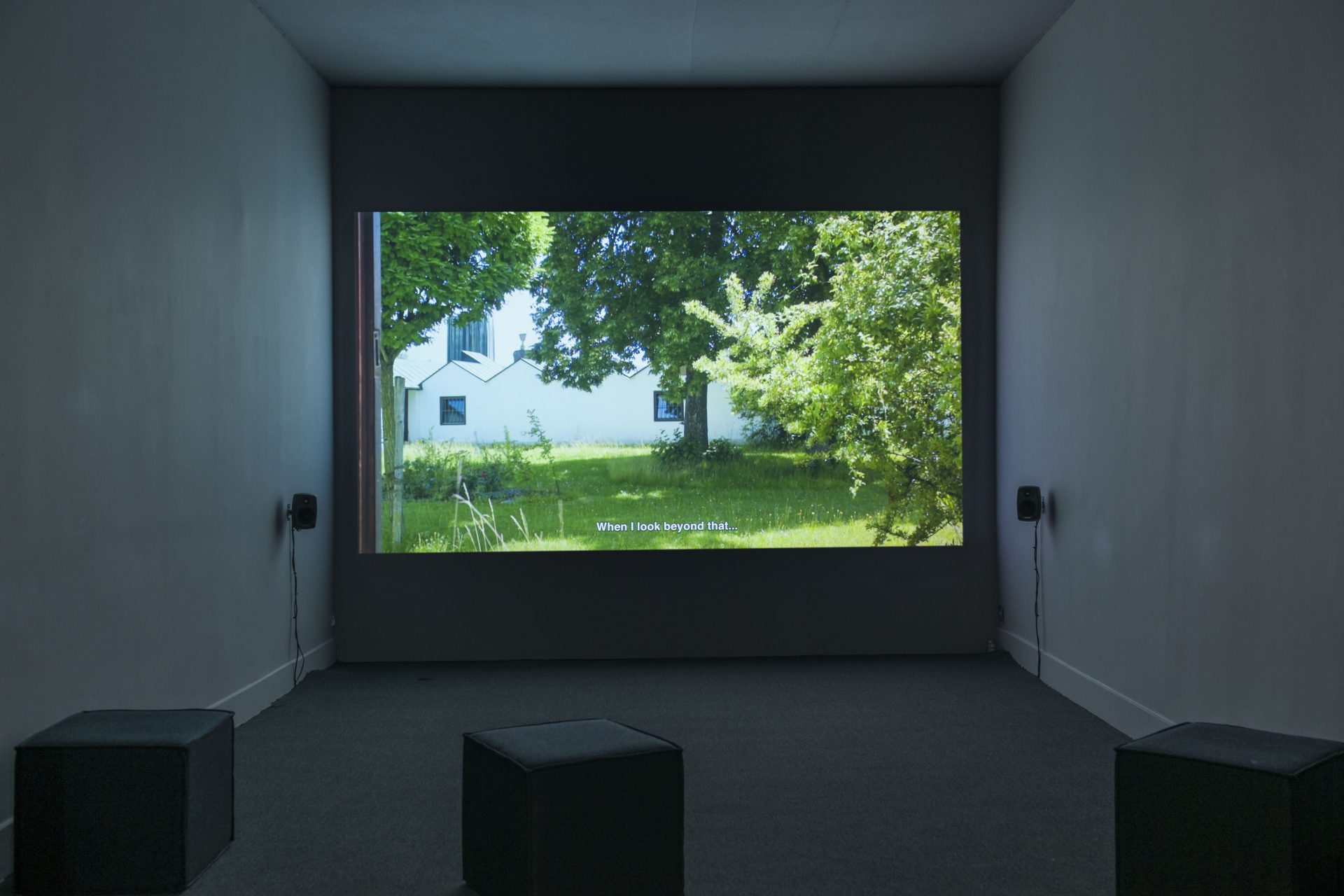 In her first solo exhibition at the gallery, Andrea Büttner is presenting a recent video work Karmel Dachau (2019) which was produced for and first shown at the NS-Dokumentationszentrum in Munich.

Andrea Büttner has worked extensively on shame and religion. Within her oeuvre, she has dedicated a number of works to female religious orders. In her video Karmel Dachau (2019) the artist explores her preoccupation with the Carmelite convent Heilig Blut, located adjacent to the Dachau Concentration Camp Memorial. The convent was founded on this disturbing site in November 1964. The windows of the sisters’ rooms face the former concentration camp. As a contemplative community, the Carmelites see prayer as their main calling.

Büttner’s own family comes from a nearby village Ampermoching. Since her childhood, the monastery has been for the artist a place of religion, beauty and increasing astonishment: a Catholic convent located where ten thousands of people were humiliated and murdered. Among the victims were Catholic priests and this was one of the reasons for establishing the monastery with a view of the former camp. Despite the victimization of the Catholic priests, the pressing question of the Church’s responsibilities and failures under the Nazi regime still remains.

The site on which the convent stands had been developed circa 1937/38 by the concentration camp commander Hans Loritz as a “game park,” with an artificial pond, a hunting lodge, and several animal enclosures. Starting in 1940, the SS had begun to deport clergy from the different concentration camps to Dachau. As a result, over 2,700 members of the clergy were among the more than 200,000 inmates at Dachau. One of them was the Catholic theologian and priest Johannes Neuhäusler who was held as a “special prisoner.” After his liberation, Neuhäusler campaigned for the construction of the Carmel. At the same time he was involved with “Silent Help,” an organization that enabled former Nazi criminals to escape overseas. The architect of the monastery was Josef Wiedemann, a former member of the SS, who had been denazified by the Allies as a “follower.”

In Karmel Dachau, Andrea Büttner seeks a dialog with the nuns and addresses the relationship between remembrance and suppression, religion and violence, and between culture and crime. 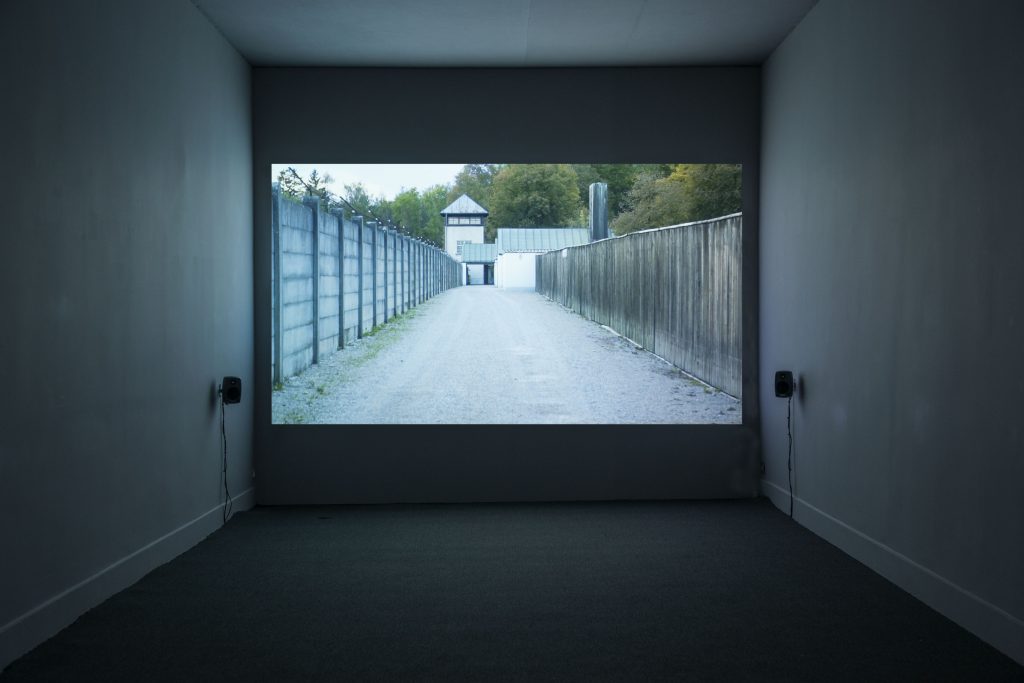 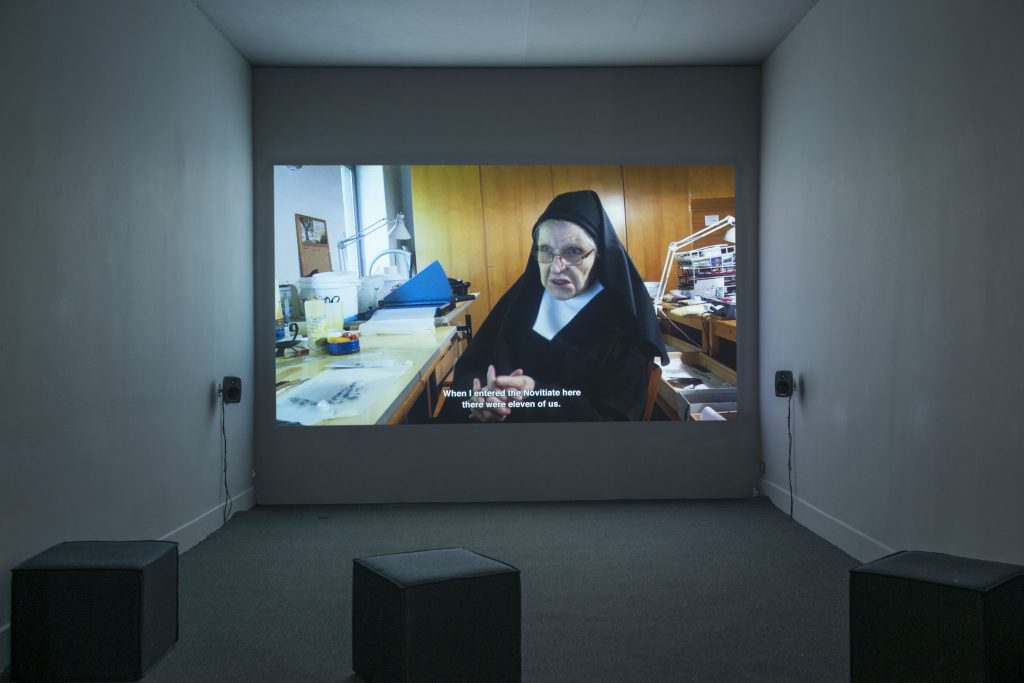 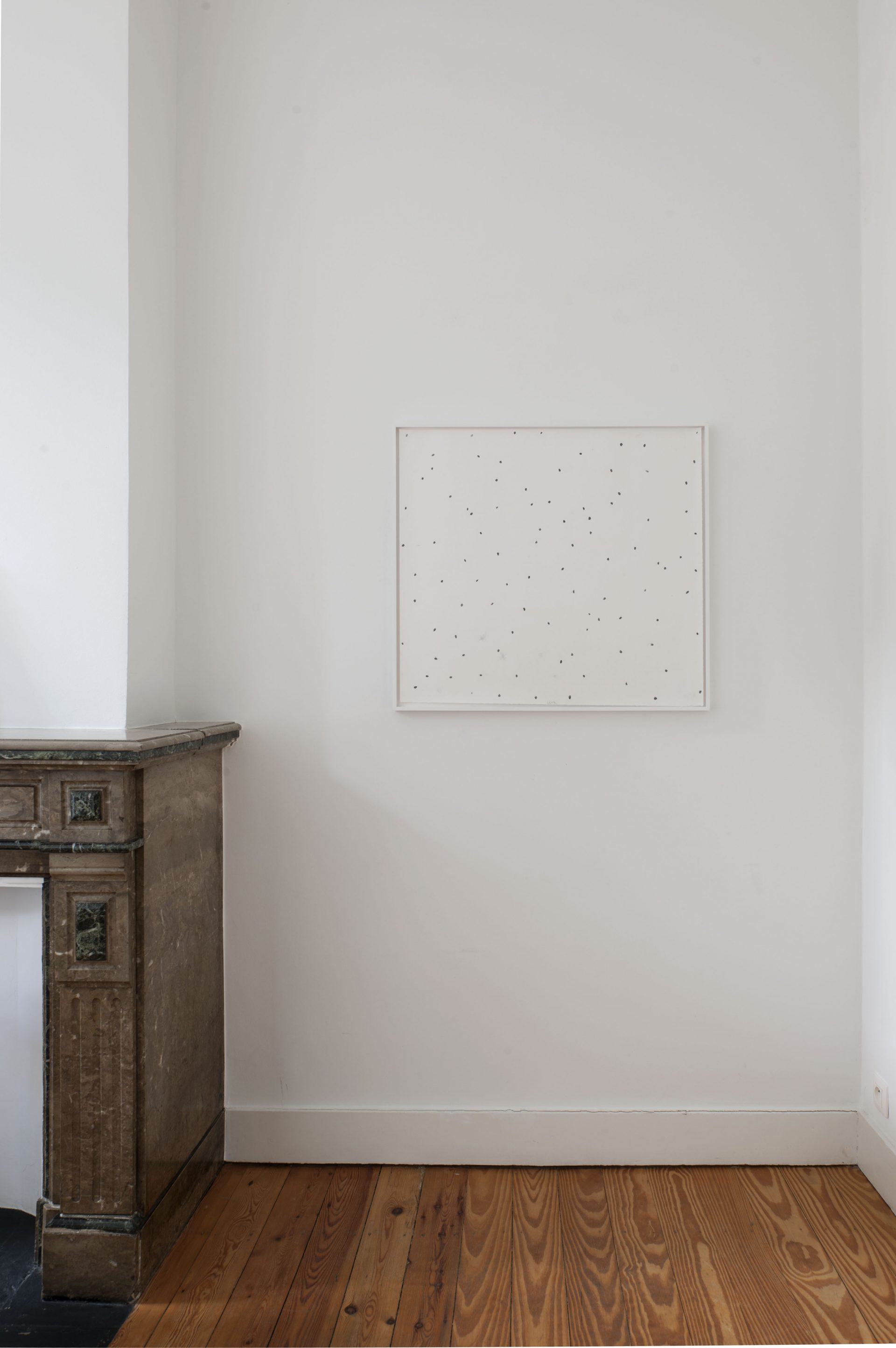