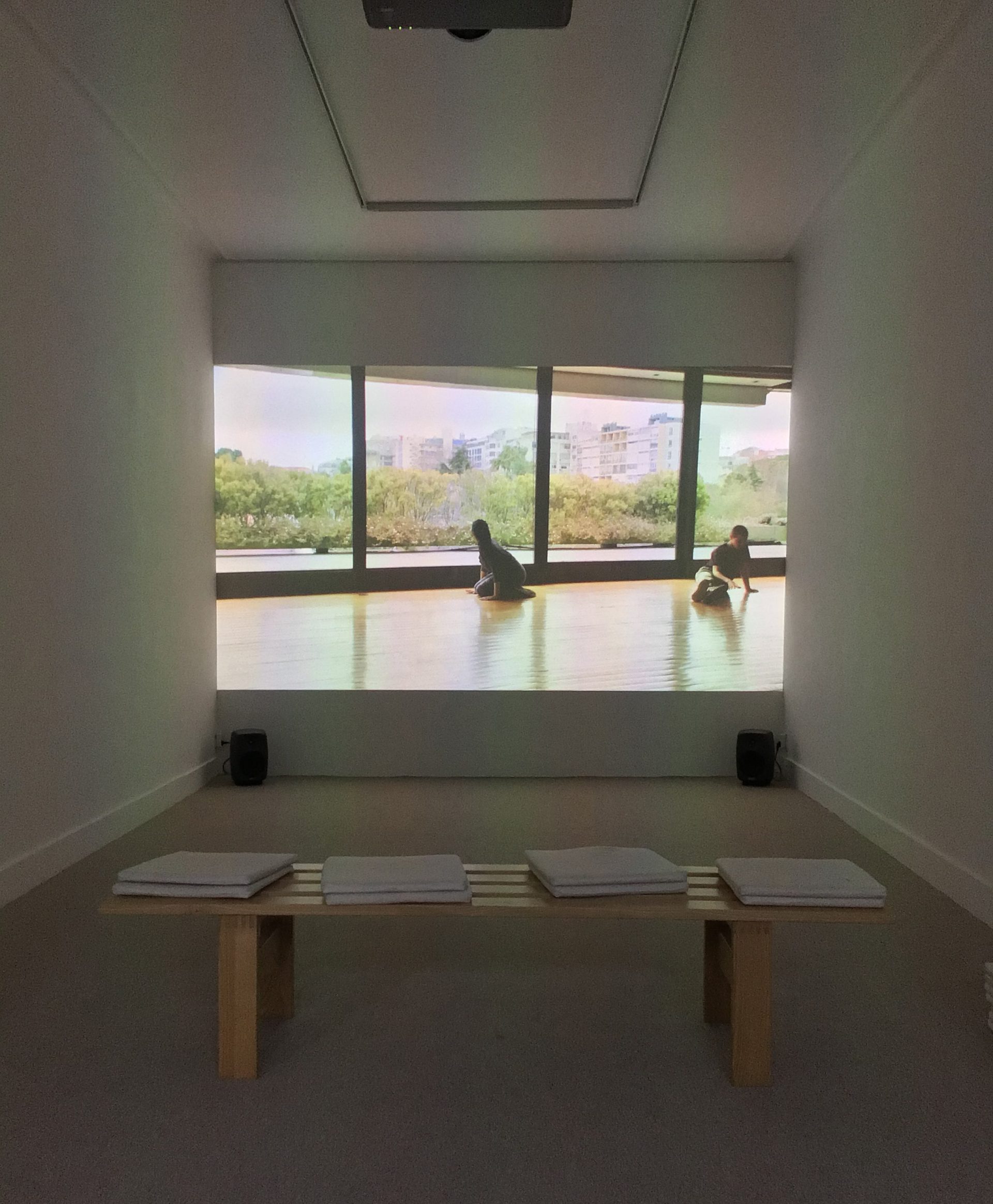 Manon de Boer , Caco, João, Mava and Rebecca. From Nothing to Something to Something Else, part 2., 2019, HD video, color, sound, 16:9, 48 minutes, installation view at Jan Mot, 2020
Produced by Auguste Orts, commissioned by Calouste Gulbekian Museum, Lisbon

In the trilogy From Nothing to Something to Something Else (parts 1, 2 and 3), the bodies appear in an indoor space, always with a glimpse of ‘the outside’: a seaside landscape in Cornwall, the cities of Lisbon and Brussels. In each moment of the trilogy, Manon invites teenagers to a game of internal (de)construction and discovery, proposing improvised exercises in which they test the possibilities of creativity in the informal context of the creation of sounds with musical instruments (Bella, Maia and Nick, 2018), the creation of movements linked to dance (Caco, João, Mava and Rebecca, 2019), or the deconstructed context of improvisation of ‘anything’ based on the relationship of a teenager with some objects and with the space (Oumi, 2019). Being and staying in a place, in a time that is free from direction or obvious expectation, brings about in these ‘essays’ a near dissolving of the bodies in the space – lying, leaning, sitting – with the surface of the body coming into contact with the surface of the floor and with the walls, particularly in the second and third parts of the trilogy. And the bodies breathe, they makes themselves heard from inside, without words, with no other narrative than their own existence in those places, in the world. These are eight portraits of teenagers in a time that is also elusive, here revealed and fixed by the camera. There is something minimal, a reduction of presence and potency, almost a ‘before’ the action followed by the action that finally takes place, in the interval between times of rest and inaction.

This is part of a text written by Rita Fabiana (Gulbekian Foundation), who co-curated with Susana Gomes Da Silva the exhibition Manon de Boer: Downtime at Calouste Gulbekian Museum, Lisbon. On view from January 30 till April 14. 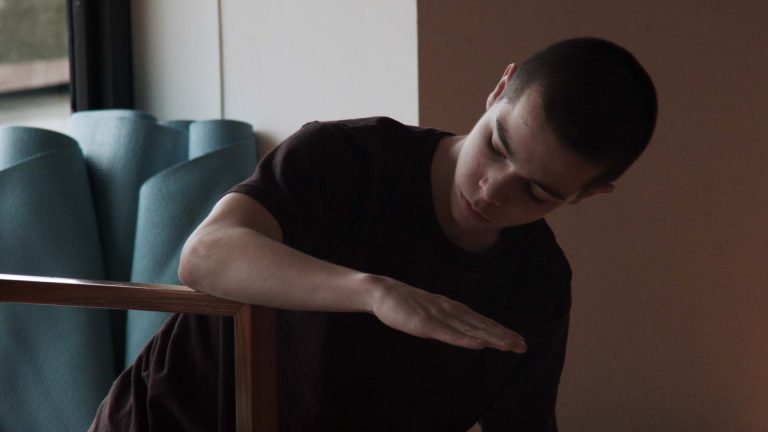 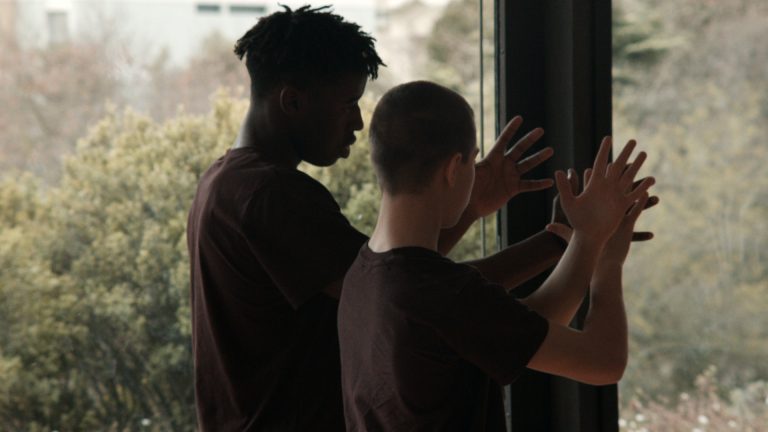 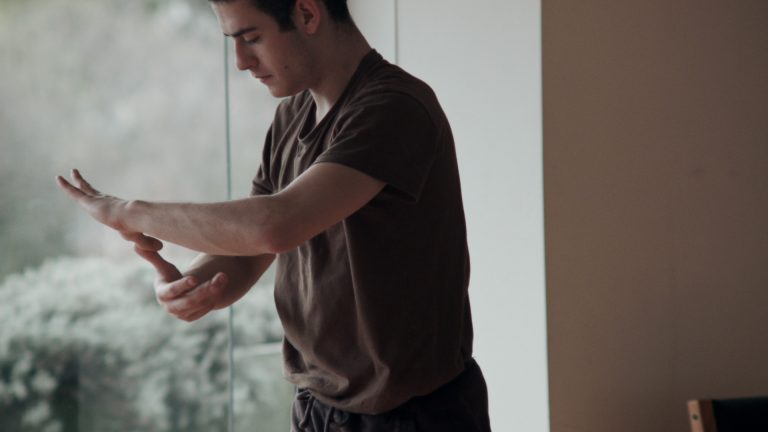 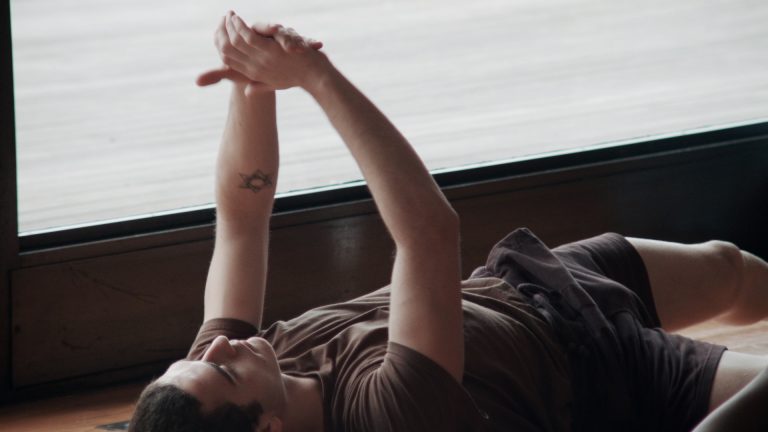 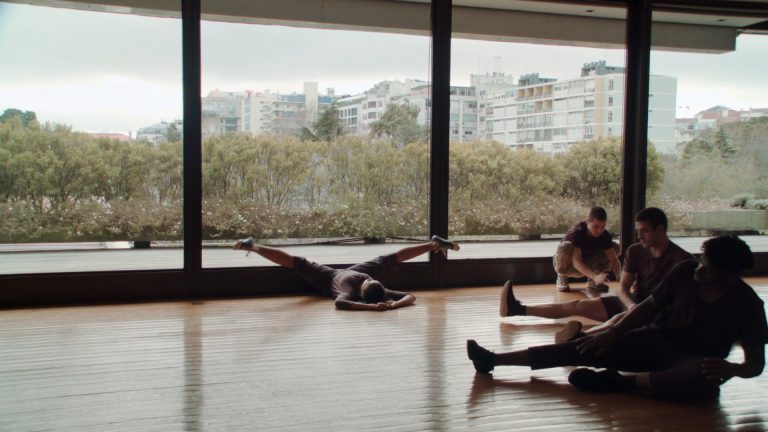