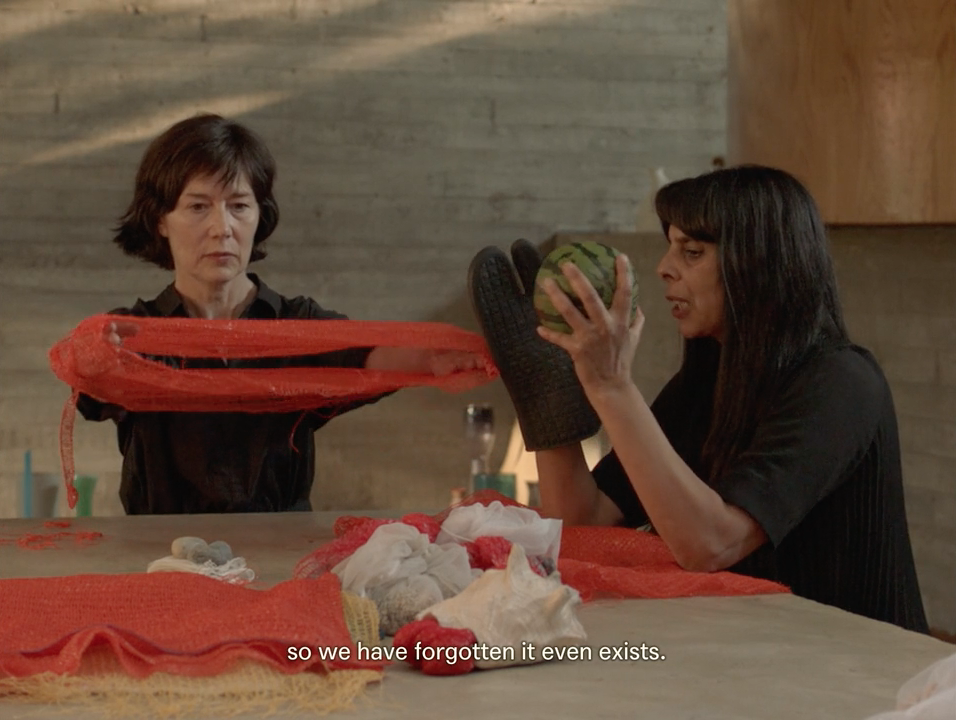 Since 2015 Manon de Boer and Latifa Laâbissi have been in continuous dialogue about the numerous voices that inhabit their thinking and bodies. During a long process of exchange and ‘cannibalizing’, a performance Ghost Party (1) as well as a film Ghost Party (2) were created.

In Ghost Party (2) (2022, 58′), De Boer and Laâbissi create little fictions with vases, stones and other materials, while giving voice to texts of ‘ghosts’ from their shared genealogies, like Marguerite Duras, Serge Daney, Casey and Eduardo Viveiros de Castro. In this polyphony of voices and accents their beings blend with others, subtly questioning the politics of language and identity 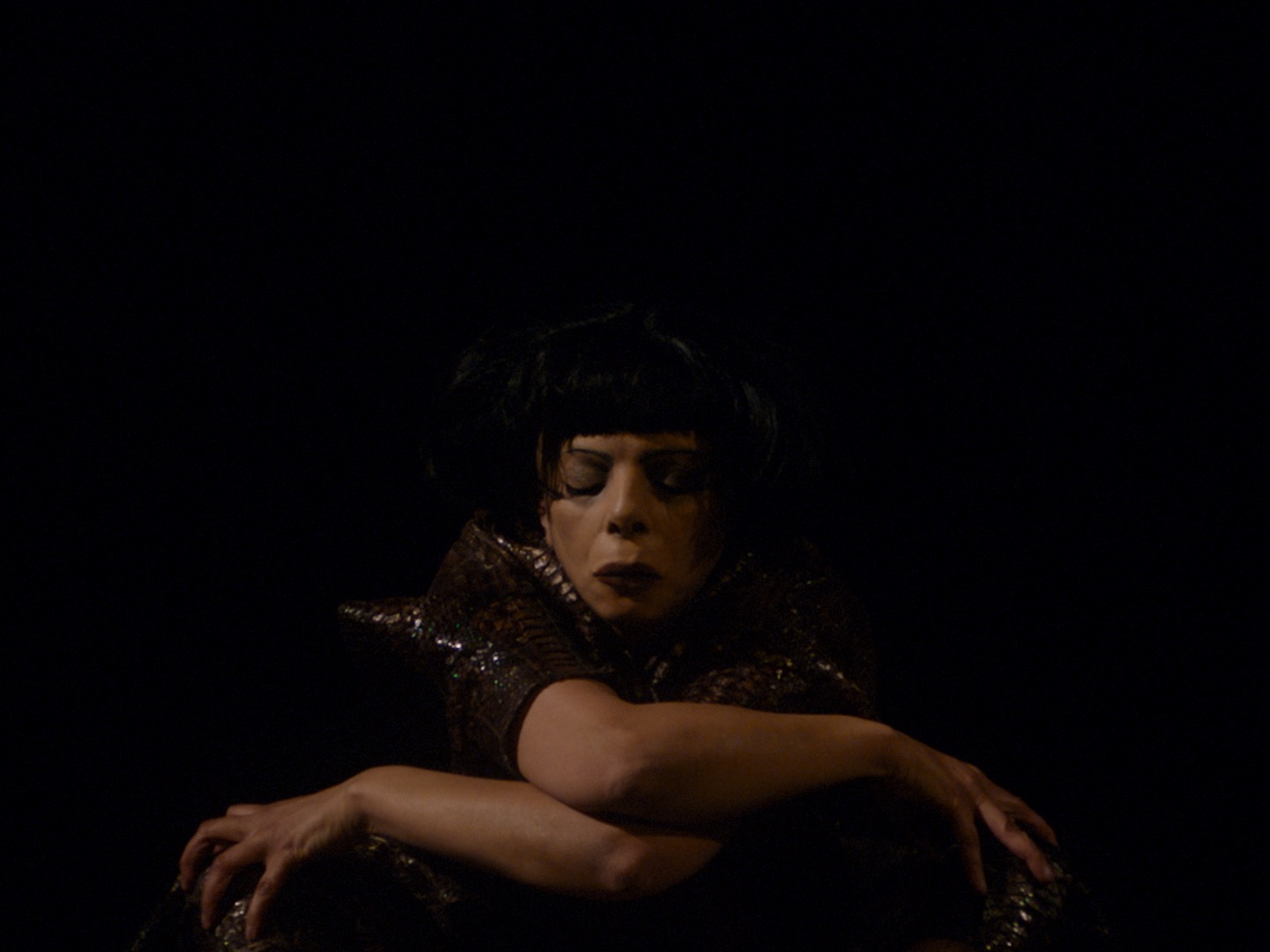 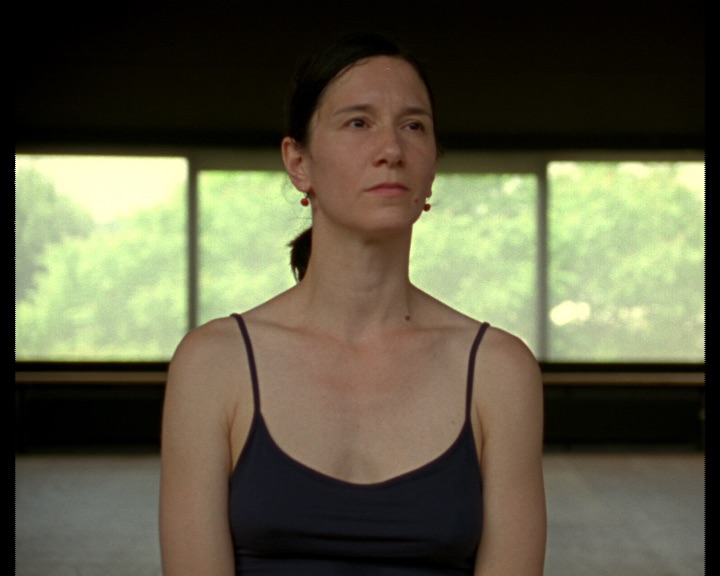 In “Dissonant”, Manon de Boer films dancer Cynthia Loemij while the latter dances for about 10 minutes to Eugène Ysaÿe’s 3 sonatas for violin solo – a piece that holds vivid memories for her. The camera follows her every movement. A physical time limit, namely the 3-minute duration of one 16-mm film roll, interrupts the camera’s continued movement. While the dance continues, and the sound of it is audible, the screen is black during the one minute that is needed to change the film roll.

During the moment that the image is in suspense, a trick is being played on the audience’s memory. Just as Loemij herself has to draw the music from her memory, the viewer can project the image of Loemij’s dancing body on the black screen when there is no image, because of the sound and the repetitive movements of her dancing. By giving the dance and film recording the time they need, the audience is faced with confused dissonance.

An Experiment in Leisure (2016), which had its premiere in an exhibition setting at the Secession (Manon de Boer. Giving Time to Time, 2016), “is an attempt to translate the idea of aimless and open-ended time into film. In preparation for the project, de Boer exchanged ideas with friends—artists, choreographers, and theorists—about selected key terms in Milner’s work such as reverie, repetition, rhythm, and malleability. A series of sequence shots—long uncut takes recorded with a stationary camera—survey the vast deserted landscape of an island on different days but from an unvarying perspective. Slow tracking shots then direct our attention to details shown in close-up that bring abstract painting to mind, intercut with views of the workplaces of de Boer’s interlocutors: ateliers, dance studios, a library—oblique portraits of their denizens, who are present solely by virtue of their voices and the traces of their activities. The reduction to these calm and expressive pictures—some of the shots might seem like freeze-frames, were it not for subtle changes such as soft ripples on a water surface, a swaying curtain, or the play of light and shadow—slows perception down to the threshold of boredom to generate a state of heightened sensibility and wide-awakeness. The soundtrack consists of a continuous soundscape recorded as the artist was shooting in northern Europe. Now and then offscreen voices layer the natural sounds, fragments from the conversations about Milner, marking positions of a sort amid the constant abstract sonic flow that promotes the desired mental state of drifting and free association.”

Caco, João, Mava and Rebecca follows 4 teenagers improvising with dance and movement. The camera follows each of them in long continuous shots, observing an intimate process of play and research into the body’s possible movements. The subjectivity of each dancer is made palpable through the closeness of their breathing, emphasized by the contrasting sounds of the outside world and the other dancers off-screen. As in the first and last part of the trilogy including also Bella, Maia and Nick (2018) and Oumi (2019), the film avoids building up tension and deviates from working towards an aim. Instead it explores the timespan between the already and the not yet, the time of potentiality. 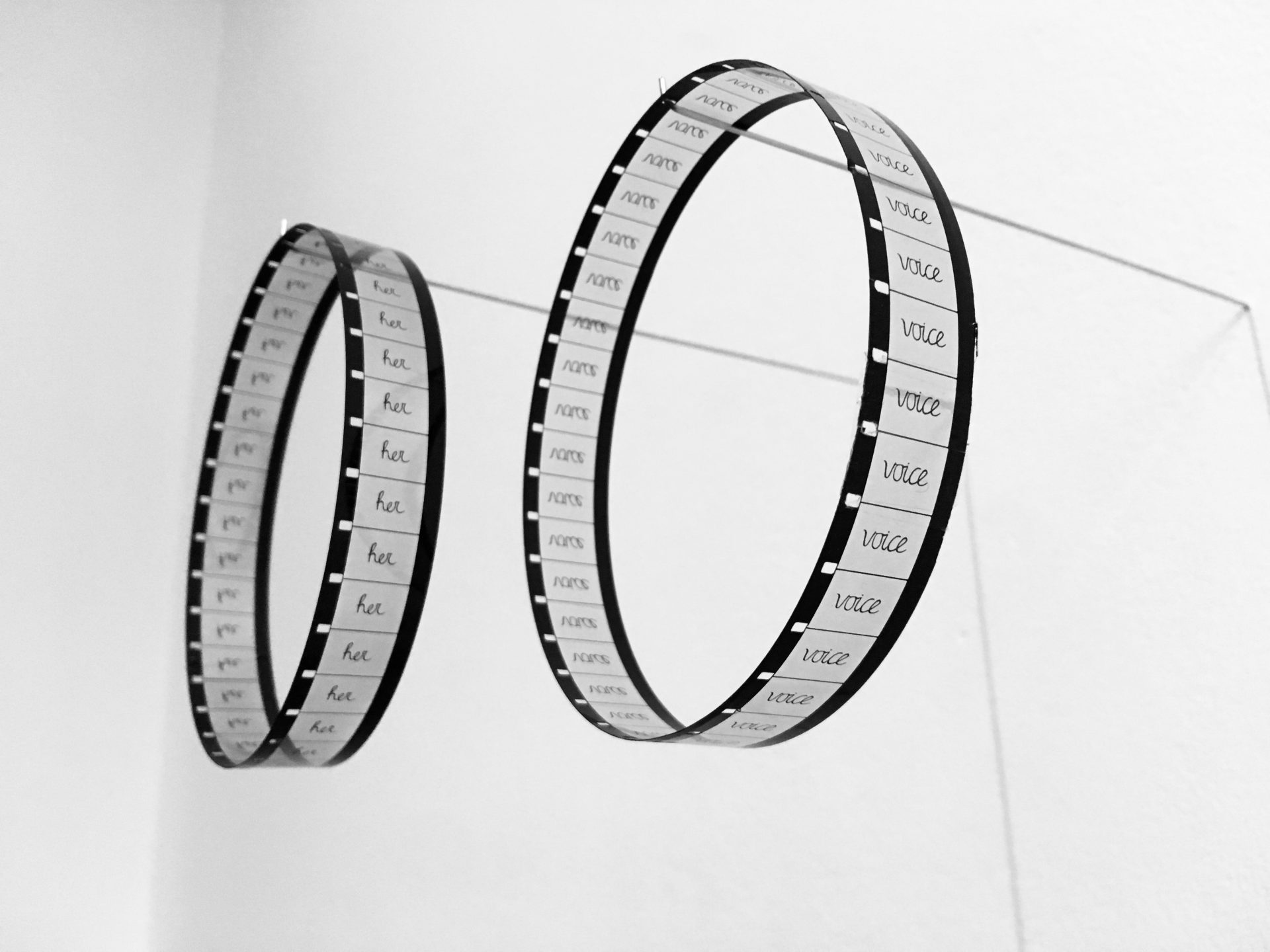 For C.A. (Her Voice) consists of two circles made of 16mm film of 1,5 seconds hanging on a wall, each of them carrying one filmed word “her” and “voice”. The form of the work and the shadow it throws both recall the infinity symbol. The work is an homage to (the voice of) Chantal Akerman.