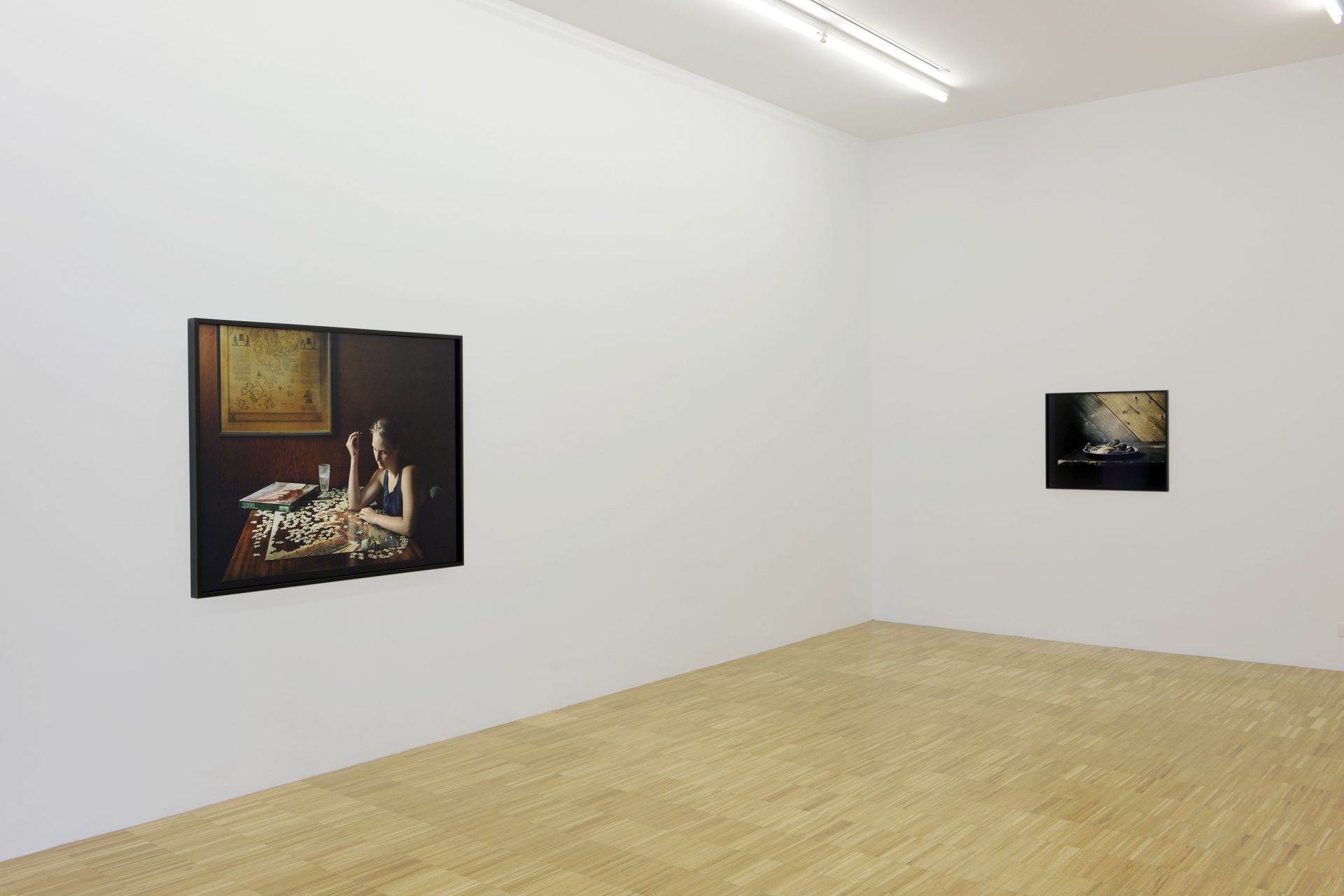 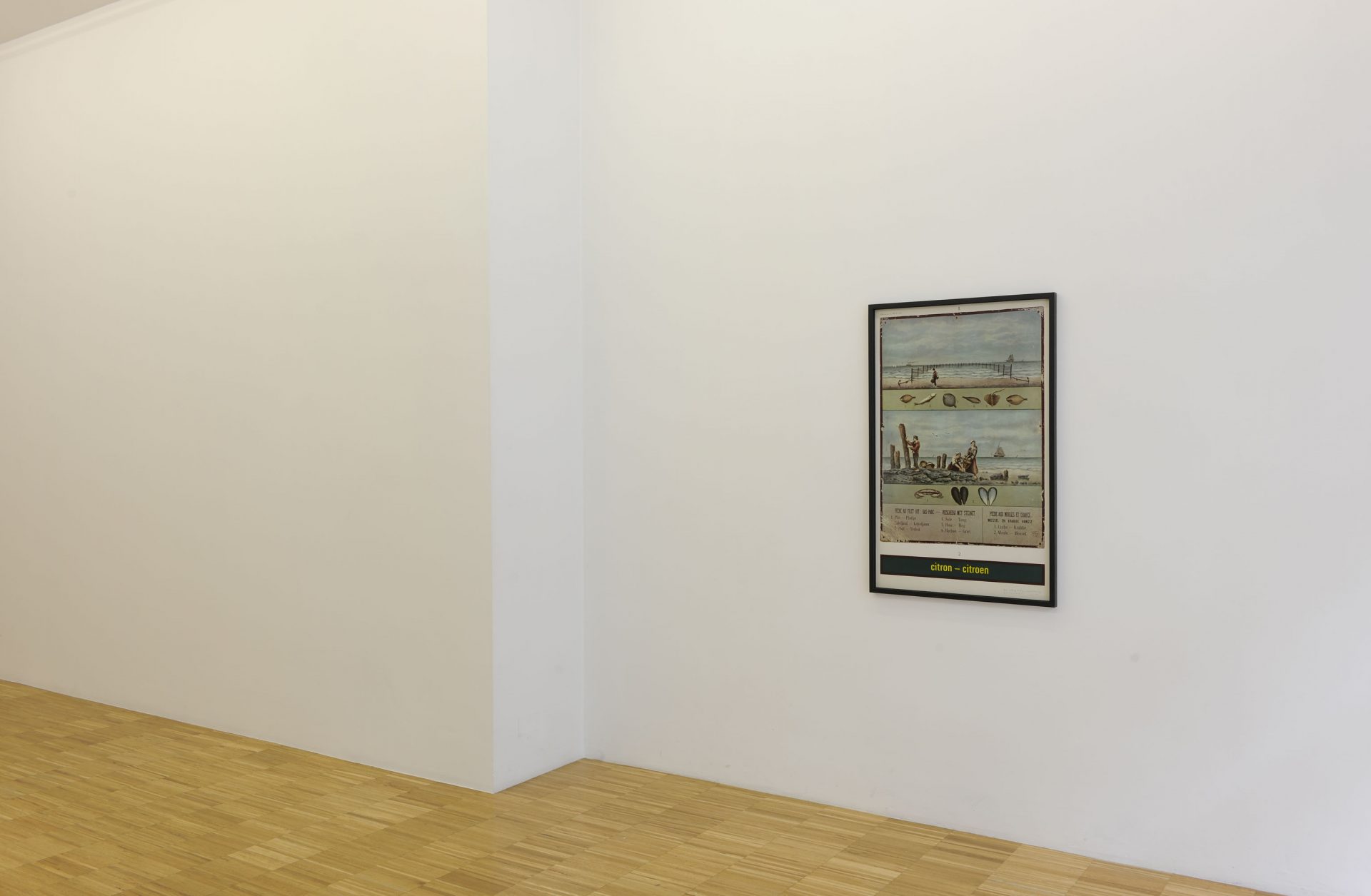 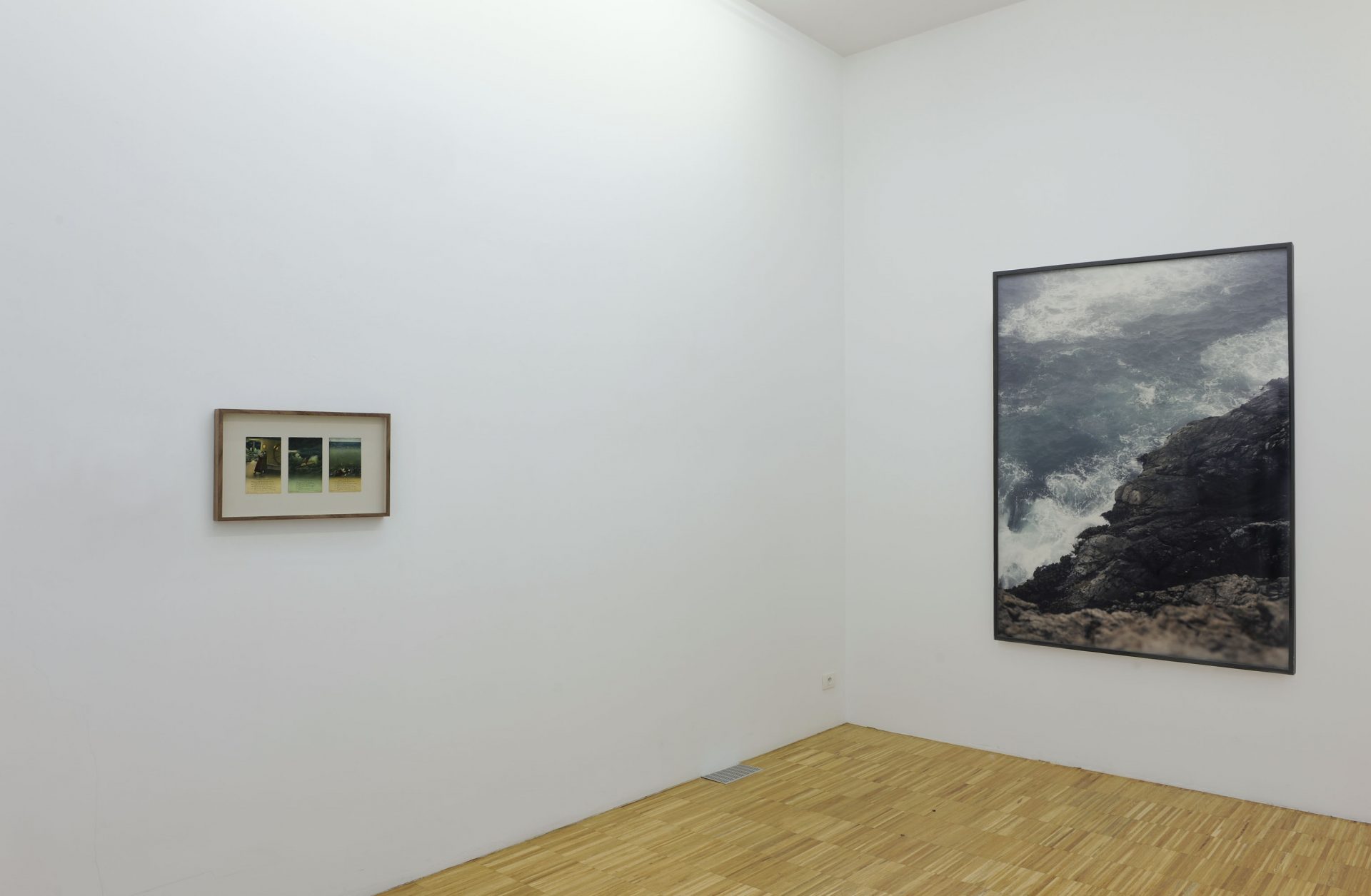 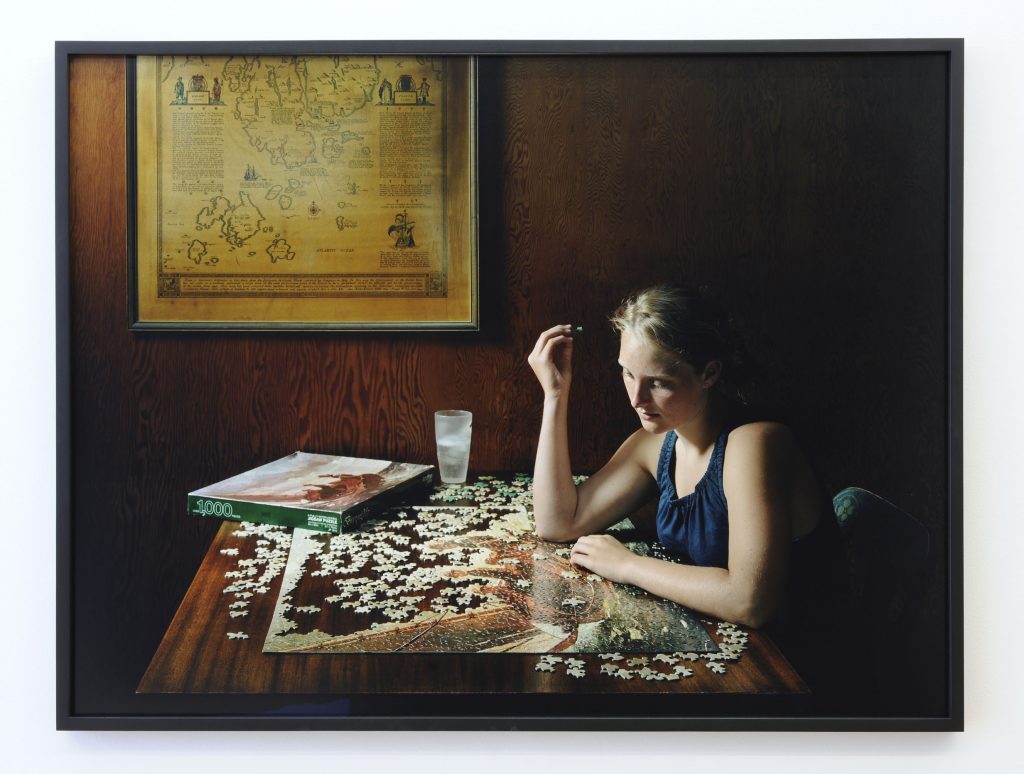 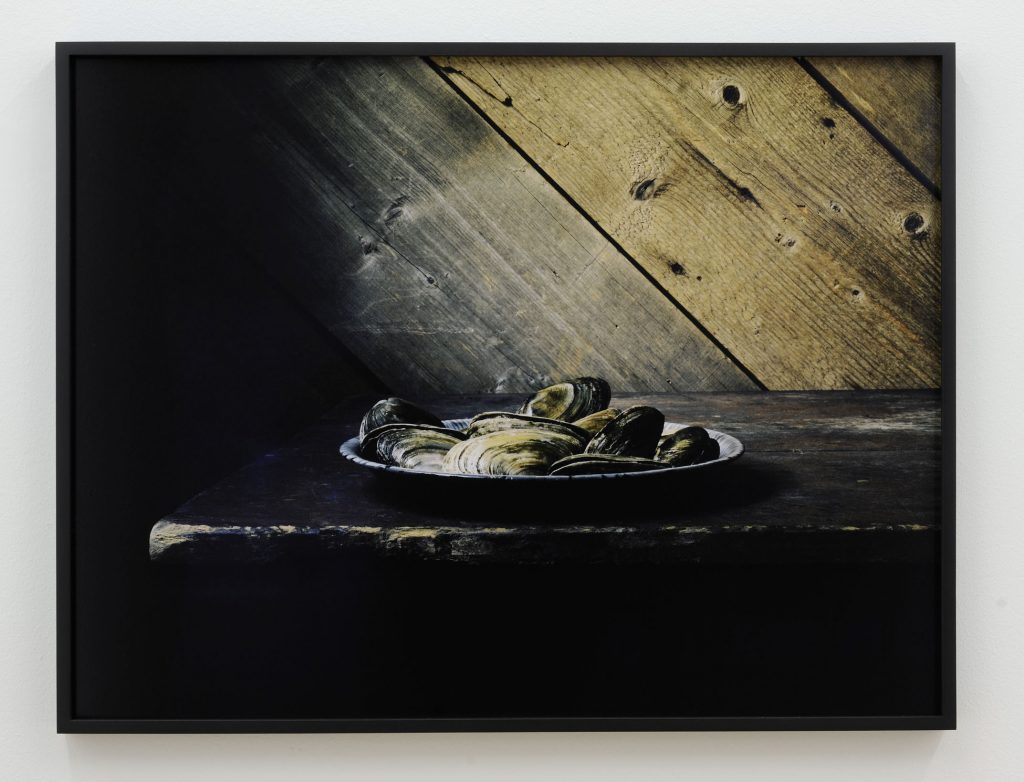 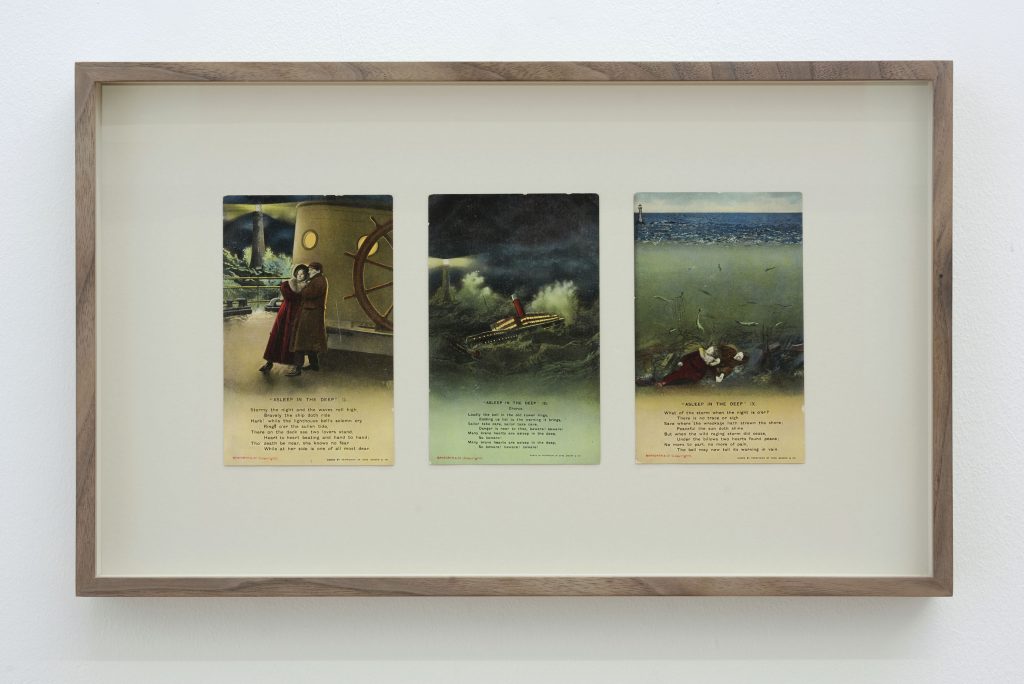 Michael Ned Holte: Location is clearly important for you. You’ve made films in Japan, Brazil, and the Sierra Nevada Mountains. Double Tide (2009) is set in the landscape of coastal Maine, where you are from. What led you to make a film set in your native landscape?


Sharon Lockhart: First of all, the desire to go home—to be with my family and to be in that landscape, which I’ve loved since I was a child. But also because working in Maine gave me the opportunity to collaborate with workers and their families at a complicated time, when industries that once provided jobs for millions across the United States are disappearing. The effects of these shifts are especially visible in Maine. For example, the last sardine factory in the United States was in Maine, and it recently closed. Even Bath Iron Works, which manufactures ships and is the largest employer in the state, has seen its workforce diminish significantly over the years. I became interested in the disappearance of such industries and their effects on workers, workplaces, and everyday life.
When I began thinking about making what became the film Lunch Break (2009), I originally intended to film in five states. But soon I realized that I would be hopping from one place to another, and the way I usually work is to spend long periods of time in one place getting to know people. Maine seemed like the most manageable place for me to make that film because I know it so well. I felt like I understood people there in a way that would allow me access to something more intimate. I met people through my family members, friends, and friends of friends. The network just kept expanding, and I became very close to many of the people who became involved with the project.
Double Tide emerged from Lunch Break. While scouting sites for Lunch Break, I became interested in clamming. I even filmed Jen Casad, the woman featured in Double Tide, in a shot that ultimately wasn’t used. There was something so primal about clamming—the act of reaching into the earth, the dependence on the rhythms of nature. All this struck me as indicative of a pre-industrial time and type of labor, so different from the industrial rhythms of a workplace like BIW.

MNH: Labor emerged as an important subject in the painting of the 19th century. You mentioned to me in passing that Courbet’s painting Stone-Breakers (1849) was an important precedent for Double Tide, and of course your films Lunch Break and EXIT are set in a factory. What drew you to labor, or the site of labor, as a subject?

SL: I’ve always been interested in labor as well as leisure, and 19th-century realist painting takes both as subjects. Courbet is definitely a precedent. So are the works of Millet—especially his paintings of women laborers, as in The Gleaners (1857). Perhaps the fact that I grew up in a working-class family also inspired my interest in these subjects. Or perhaps it’s because labor is such a huge part of everyday life, yet its representation seems to have dwindled in contemporary art. In any case, I’ve been looking at images of labor and leisure in films, photographs and paintings since the beginning of my career. My first artist book, which I’m producing with the Secession in connection with the Lunch Break project, will consist entirely of images—primarily historical images of workers at rest, but also a few of my own research snapshots.

When I went to Japan for the first time, I had intended to make a film about farming but ended up making Goshogaoka (1998), a film on basketball. It wasn’t until I returned to Japan in 2001 that I made the farming film, NŌ. I think Double Tide and NŌ are similar, in that both are dictated by an activity contained within the frame. Also, time is real, and continuous—or at least it appears to be.

Another thing that links these films is the sense that work is something tangible, as opposed to the virtual world we have become so dependent on. Double Tide is especially rooted in the tangible world. There are only so many days a year in which you could make this film. Jen’s work as a clammer (she’s also an artist) depends on the play of sun and moon and their effects on the earth. She can only clam when she can see the little bubbles the clams make in the mud, so her path out into the flat depends on the receding tide. Of course, we, as viewers, cannot see any of the traces of her process, so her progression through the flat is somewhat inscrutable to us. One of the reasons this activity intrigues me so is that it is intimately bound up with the act of looking: Jen looks for signs of the clam’s presence, and we, the viewers, in turn look for signs of her movement through the changing light of the landscape. These two activities are tied together by the light and landscape.

MNH: Until recently, most of your films accepted the limitations of celluloid and 16-mm filmmaking, in many ways recalling the “truth to materials” ideals of structural filmmaking. For example, the twelve shots that comprise Pine Flat (2005) are all exactly 10 minutes long, which is nearly the length of a roll of 16-mm film. Lunch Break, however, which features one tracking shot, slowed to an almost glacial pace, clearly takes advantage of digital technology. Double Tide presents two shots, each 50 minutes long, which seemingly obviates the mechanical limitations of 16-mm filmmaking. What has happened in the shift to digital filmmaking?

SL: Yes, you are right that in my work, duration has always been a function of the material of film and that going digital has allowed me to move beyond these limitations. However, there was nothing really digital about Double Tide except the final output. Like NŌ, the cuts were hidden in order to get a seemingly continuous take of an activity.

I still like the limitations analog filmmaking gives me, however, because it’s a more theatrical way of shooting. It heightens “performances.” Without the limitations that analog film presents, I’m not entirely sure how I will proceed. Even though Lunch Break was digitally altered, it was still at the outset a ten-minute shot in 35mm. The ratios that turned it into an eighty-minute film seemed part of it. The limits that a structural approach creates are still interesting to me, but I think that I’ve moved beyond having to foreground structure in a very materialist way in order to create the kind of reflexivity earlier generations of structuralist filmmakers were looking for.

MNH: You’ve been working with James Benning, who has also recently shifted into digital filmmaking. What has that collaboration been like?

SL: Our fondness for each other’s work grew into collaboration, but that took many years. I think we are each other’s best viewers, and we often share work in progress, discuss ideas, and are even talking about collaborating on a film on small, out-of-the-way bars. It’s been interesting to watch Benning’s shift into digital, and it’s given me great confidence that I can get the images I desire in that medium.

Benning initially became involved in the project as the editor of Lunch Break. As soon as I began to envision the complexities of the sound design I wanted, the editing became a sort of mathematical problem, and he loves those kinds of problems. So, his involvement grew organically into a collaboration with Becky Allen, a composer I’ve worked with since 1994, and me on the sound track.

MNH: I tend to get wrapped up in your filmmaking, but most of your projects produce both time-based works and still photographs. (It’s also worth noting that most of your films, Lunch Break excepted, are made with an unmoving camera.) How do you think of these media in relationship to one another? Does one have priority over the other?

SL: There is no priority in my mind. I think each medium has its own qualities, and I always try to point this out in the work. I think of photographs as being tied to the tableau. The fact that they are disengaged from the narrative flow of time provides them with a sense of inscrutability. That, in turn, forces you to look at them differently than you would a film. Film, on the other hand, creates a much more immersive experience, in which sound and duration interrupt the purely visual aspects of the tableau.

MNH: Your films generally blur the categorical distinctions between fiction and documentary—or, as I once wrote, they’re situated at the intersection of the index and the imaginary. To what extent is the laborious activity seen in Double Tide—clam digging—driven by Jen Casad, the clam digger in the film, and to what extent did you direct the work she’s doing in the film? Or, perhaps another way of asking the same question: Is her “performance” actually a performance?

SL: It’s both: Jen was definitely working, but she was also performing for the camera. She had to learn where the boundaries of the camera’s vision were and to stay inside that area. Together, we created a general trajectory of her work, which normally is quite spontaneous. The fact that she is also an artist helped immeasurably, because she understood the frame and the conversion of three-dimensional space into two dimensions. After the filming, she continued clamming and then took her clams to market.

MNH: In many of your films, there seems to be tension between the subjective or experiential nature of human time—say, kids playing in the outdoors in Pine Flat (2005) or Jen clam digging in Double Tide—versus the rigid framework of mechanical time, a category which includes the work day and the length of shot you’re using. Is that a tension you’re looking for? And if so, what about it interests you?

SL: I’m interested in that tension. Film is a function of the mechanical time you mention, and I think part of its appeal, even its existence, is tied to the way it reflects and operates within the regimented time of the industrial workday. My methodology in filmmaking is to unravel the expected trajectory of time. People are used to experiencing time as money, as labor. They don’t slow down and contemplate the everyday. I’m interested in creating that opportunity for contemplation.

Michael Ned Holte is a writer and critic based in Los Angeles. This interview was published in Newspaper No. 73, August 2010. See full newspaper here.