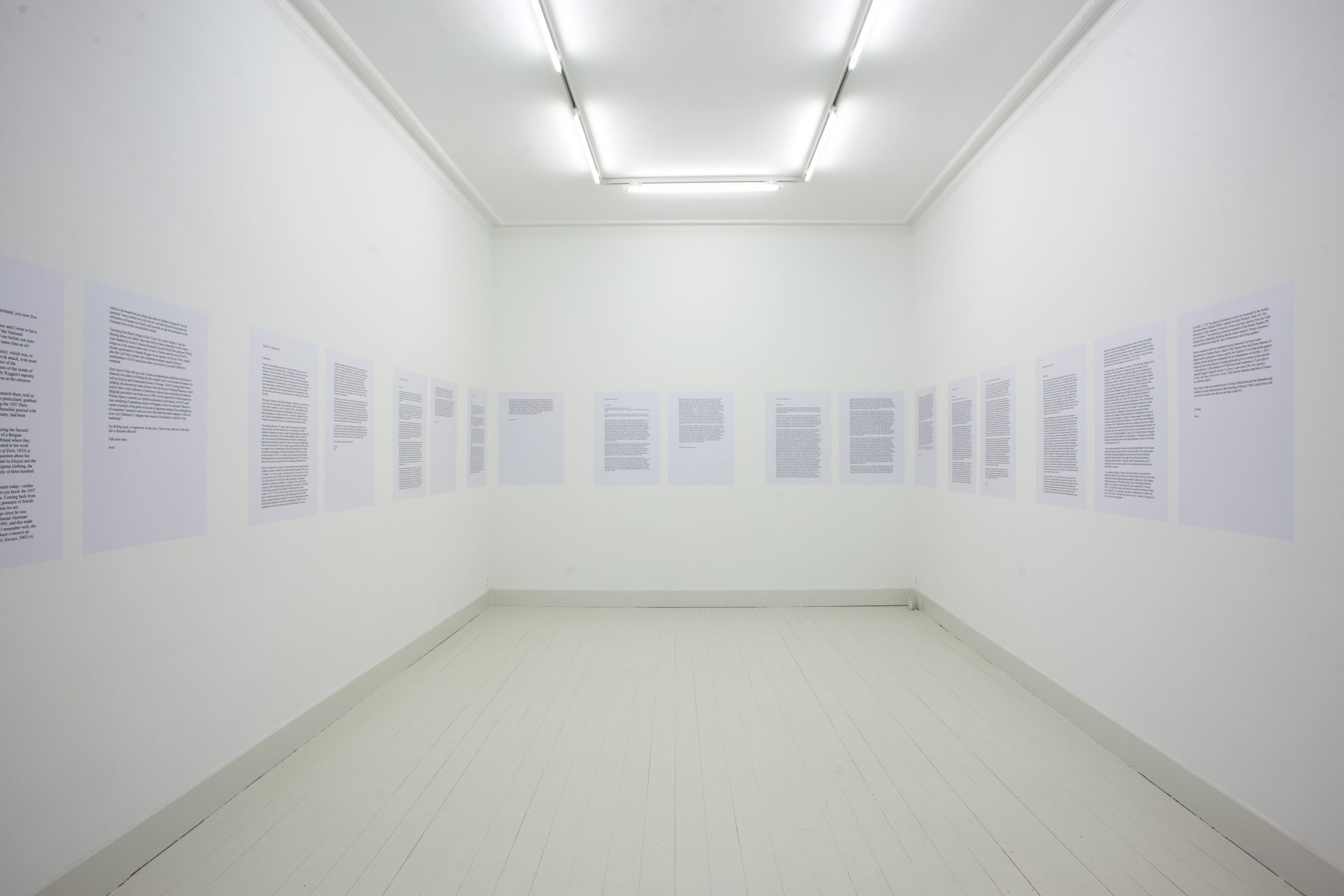 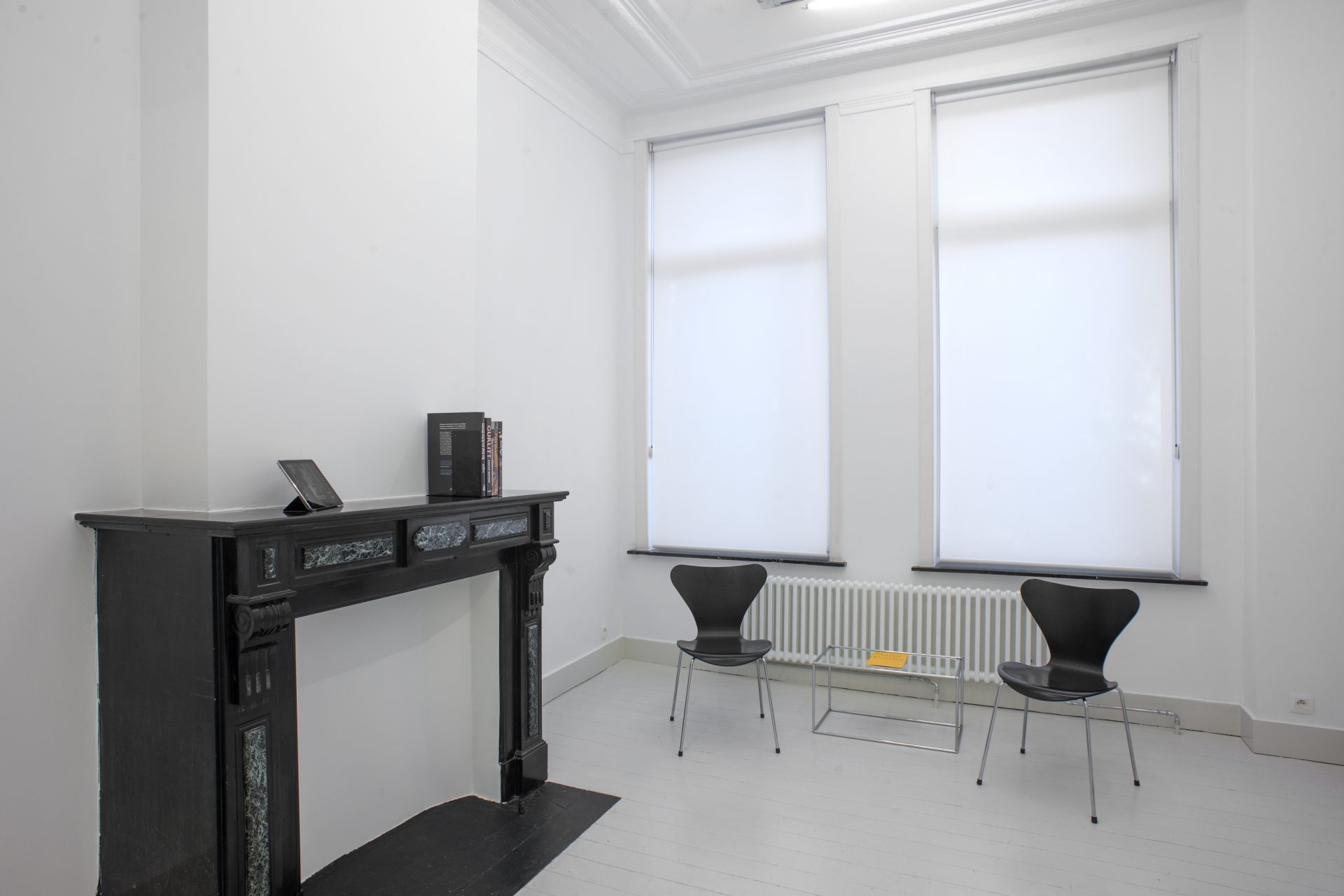 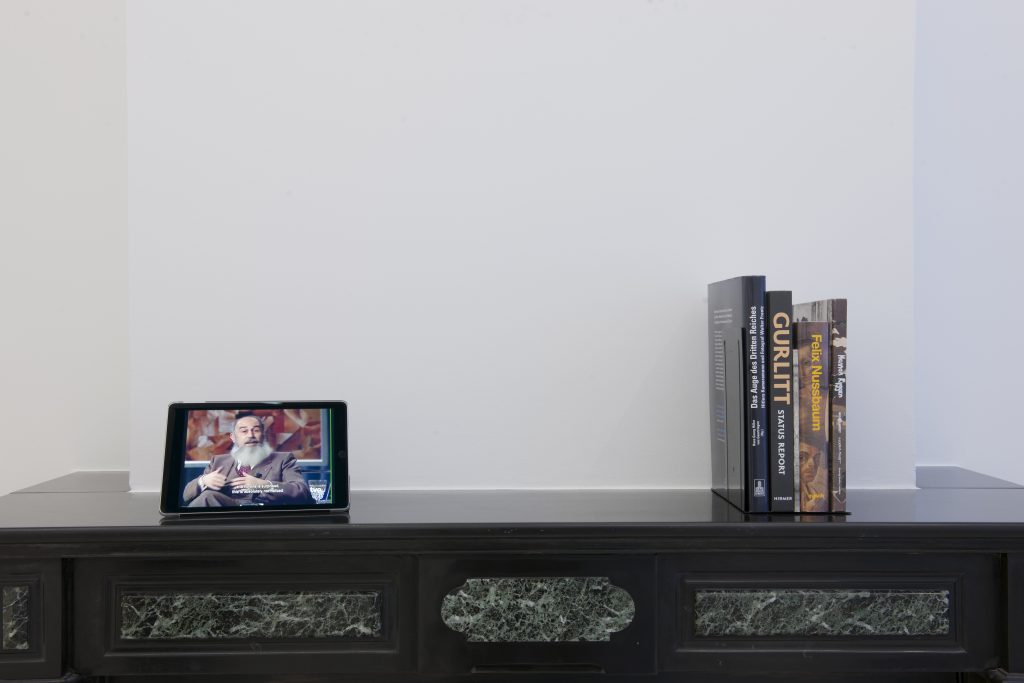 Summer Thoughts by Sven Augustijnen is a long-term research project that originated in an invitation from A Prior Magazine to react to dOCUMENTA 13 (Kassel, 2012). Inspired by the tapestries of Norwegian artist Hannah Ryggen (1894–1970), Sven Augustijnen responded in the form of a letter to curator Marta Kuzma. The series of letters spanning the period from 2012 until today, along with newspapers, photographs, books, and other archival materials, bring together temporalities, personalities, and topographies. They constitute a layered network of references, associations, personal experiences, cultural occurrences, and political events happening in the time of writing.

Summer Thoughts questions the present state of crisis in Europe as not merely an economic or political one, but as a moral and cultural challenge marked by the twisted meaning of democracy and freedom, personal responsibility, and, as a consequence, fertile ground for the resurgence of far-right movements. 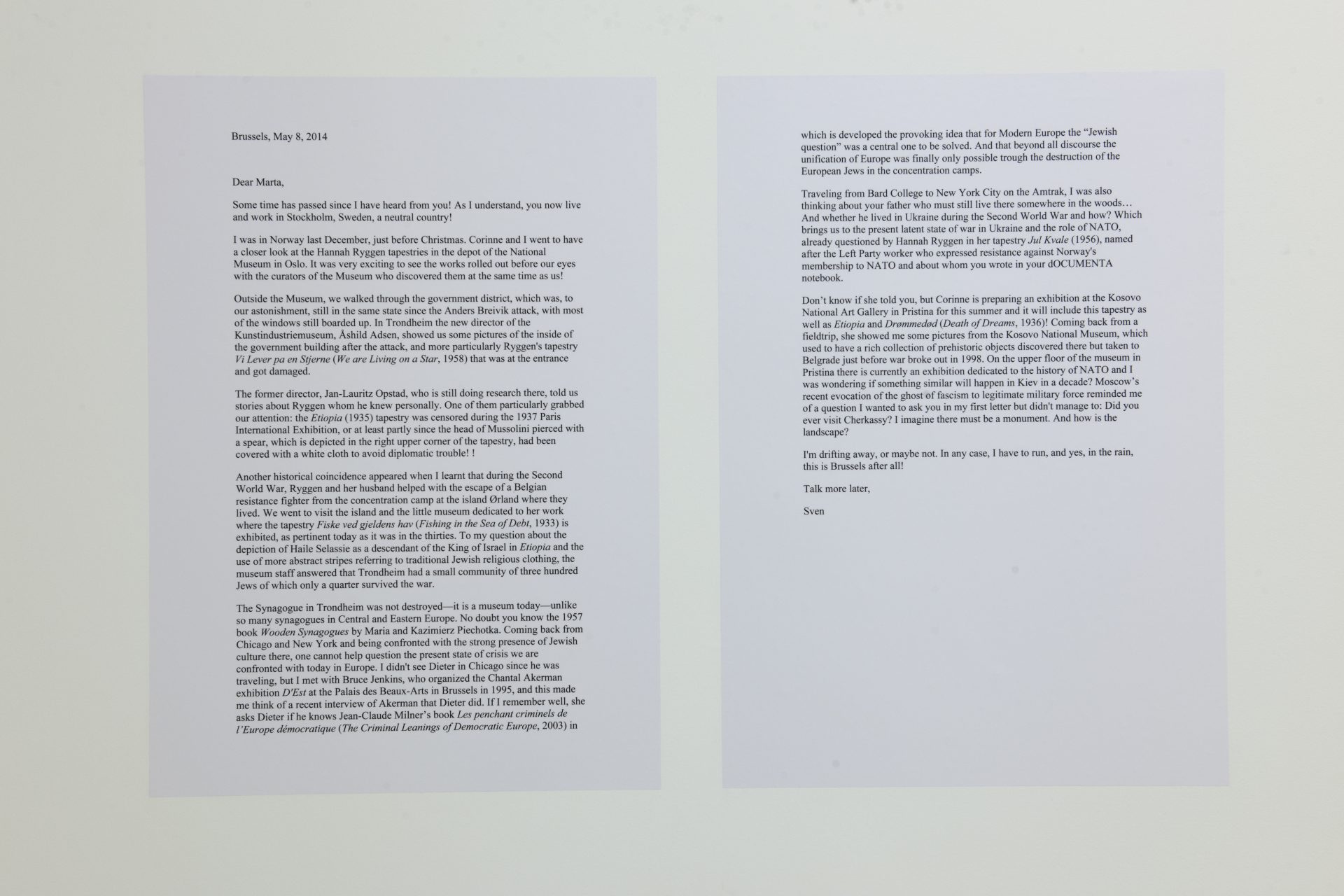 How are you doing?

We didn’t really get the chance to talk in Kassel but Dirk made sure that you stayed in my mind for some time. When I bumped into him at the Fridericianum asking if he had seen and knew of those tapestries, he answered, “that’s Marta’s [choice], a Norwegian or Danish artist or something”.

I am writing you not only to thank you for this great contribution, but also to say how struck I was by reading your essay on the works of Hannah Ryggen and learning that, beside exhibiting Etiopia, a response to Mussolini’s invasion of Ethiopia, next to Picasso’s Guernica at the 1937 Paris Expo, she later “hung her tapestries on a clothesline outside her house in Oslo in full sight of Nazi soldiers”!

What entered my mind was not only the act itself, but also the coincidence that a certain Léon Degrelle, leader of the Belgian fascist party REX, could have been one of these Nazi soldiers, as he escaped to Oslo after being sentenced to death in absentia in Brussels on December 29, 1944. Moreover, on the night of May 9, 1945, when Western Europe was celebrating liberation, he had the genius idea of commandeering the airplane of a certain Albert Speer and fly south at a low height over the North Sea, the Netherlands, Belgium and France. He finally reached the Spanish border where, out of fuel, he made a final crossing over Mount Urgull and let his airplane slide into the Bay of La Concha, San Sebastián, (Donostia).

With a broken arm and several fractured ribs, he found refuge in Franco’s Spain, where—despite an extradition demand by the Belgian government and several abduction attempts—he lived for the rest of his life and died at age of 87 in 1994.

Hitler himself hung the SS-Ritterskreuz around Degrelle’s neck for being one of the few who survived the battle of Cherkassy. “If I would have had a son, I would have liked him to be like you”, would have been the words of the Führer. Mystifying the rest of his life on these words, Degrelle became an inspiration, and his house a haven, to many fascists around the world.

I don’t know if you remember the time we met with Dirk in a restaurant near Avenue Louise in Brussels. I realize now that the former Brussels headquarters of the SS (in whose caves Jews and resistance fighters were tortured) is just around the corner from there. I am not sure if the restaurant existed during the war, but the cobblestones of those streets were definitely walked by Rexists, if not by Degrelle himself, who, by the way, held his mass meetings of the Légion Wallonie at the Palais des Beaux-Arts de Bruxelles!

I don’t know why, but I’m suddenly imagining a show by you on the rise of Fascism in Europe. The airplane of Speer was a Heinkel He 111, in case you want this on the roof of the Beaux-Arts... Guernica (1937) was exhibited at the Beaux-Arts in 1955; I know this because I recently found a photo of Patrice Lumumba standing in front of the painting during his first trip to Belgium.

By the way, yesterday was the anniversary of the Breivik massacre. Were you in Oslo then?